The U.S. Department of Education has been active in the news since President Trump’s administration assumed the reigns in 2017. Since that time, the department has taken steps to loosen the relatively tight reins that the previous administration maintained over states’ education efforts whether regarding civil rights, special education, or how federal money is being spent.

The annual Federal Employee Viewpoint Survey for 2018 indicates that employee moral has dropped from a high of 60% at the end of the Obama Administration to a low 43% in this latest measuring.

Keeping foremost in one’s mind must be the fact that the education academy is heavily dominated by a progressive (dare I say, leftist) viewpoint from the time our children enter K-12 through their graduation from the vine-grown walls of those expensive Ivy League universities. The employees at the federal leviathan that is the Department of Education are largely holdovers from those who were working there when the previous administration was in control. As a result, they were used to a particularly progressive approach to the administration of education and would understandably be more comfortable with such an approach since most were educated in American universities where the progressive viewpoint dominates to an excessive degree.

The Trump Administration has taken a far more laissez-faire approach to their role in which states are free to decide just how they will utilize the funding coming from Washington. This, of course, offends the sensibilities of those employees who believe that all intelligent decision must come from the federal level of government and all states should comply without resistance. It’s the nature of the beast.

So, where is the surprise in this annual survey. There have been staff reductions – generally unheard of within the Department of Education over the years. There have been policy changes. There has been a marked change in management philosophy. They have a new leader that most of them despise. All of this adds up to lower morale. No surprises here.

The aspect of this “news” that escapes the majority of the few people that even become aware of this survey is that unless something drastic happens, they could be looking at more and more ‘bad news” in the coming years.

Could it happen? Those of us that believe that the federal government is too big, too expensive, and too intrusive into the lives and freedoms guaranteed by our constitution should be encouraging the above, or in the alternative, encouraging their representatives and Senators to put an end to the insanity of an ever-growing deficit to begin dismantling those parts of the federal government that, while theoretically benevolent in purpose, we cannot afford to continue funding when results achieved are, at best, negligible. The Department of Education is near the top of the list. 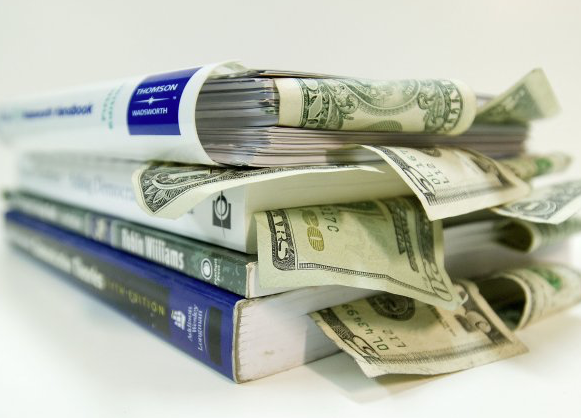 Consider, for the sake of wishful thinking, that the annual discretionary budget of the Education Department for 2017 as requested in Barack Obama’s last budget document was near $70 Billion. Add to that so-called “mandatory” spending of another $130 billion. That’s $200 billion total. If that money were not processed through the federal bureaucracy where much of it is siphoned off in administrative overhead, approximately $4 billion could be returned to each state (on average). On top of that, there are the side-effects of such a dissolution of that department. More educators made available to provide relief for the critical shortage of teachers, Additional office space could be returned to the private sector in Washington, D.C., and other cities where contingents of bureaucrats are currently housed. As the economic boom continues to spread across the country, office space for new and expanding businesses will be in high demand.

Now, just as a closing thought…

How much easier would our tax burden be? How much easier would life be in general if this exact same principle were applied to the several other federal departments that are beyond the constitutional mandate of the federal government? Among the potential candidates are the Department of Interior (simply return all federal lands not used of for essential military purposes to the states), Department of Energy (a department that was created in the 1970s to make our country “energy independent” but that has failed miserably) with the Atomic Energy Agency transferred to the Department of Defense.

All told, these and a few others could be eliminated which would reduce the federal budget by nearly half of its current total. The benefit would have to be deferred long enough to address the public debt for about ten years or so, but it would be a direction that has a lot to be said for following. The larger the government becomes, the less freedom every citizen will experience. That, alone, should motivate law-makers to do something about these department in the coming months.

There are other departments on the hit list, but space does not allow a complete description of just how much our federal government has exceeded its constitutional authority. The vast majority of these situations were, at some point, challenged and deemed acceptable through judicial edict by activist judges of the left-wing variety. Since President Trump has made it his mission to place justices on the Supreme Court that follow the original text of the constitution, we are seeing the pendulum swing back in the right direction. At some point, the time should be right to return the federal government to the confines of the constitution and put our fiscal affairs back in order. We can only hope and pray…

Just How Safe are Our Elections?