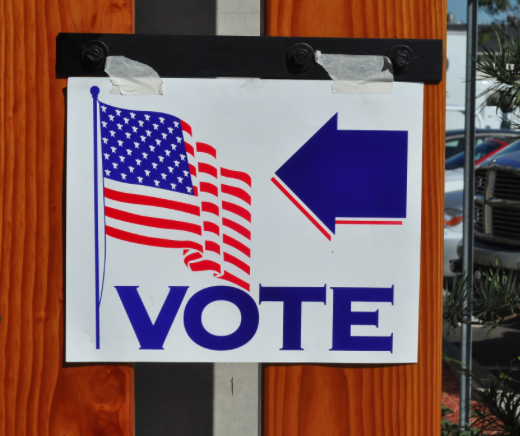 I received an email this week from AARP. Now I am not a fan of their politics, but that’s not what I am writing about today.

The information provided in the email included a list of the identification documents that are considered acceptable means to identify you as a voter in West Virginia.

I will take them by the bullet point and make a couple observations here and there. I will also say at the outset that no form of non-photo identification should be acceptable since anyone can bring a document to the polling place and use it to vote. Yes, it only works once, but it can still allow someone who has left their registered address and votes somewhere else while a “substitute” votes on their old registration. These days, that’s not such a far-fetch scenario. We are reading almost daily in the days leading up to any election about the number of voter fraud cases being investigated.

I was shocked to see, under “Acceptable forms of Non-Photo Identification” the following (among others):

Really? Other than the card, perhaps, displaying a local bank, insurance company, or the state of birth, there is no other identifying information on the card other than a name. No evidence that the individual still resides in the precinct at which they are voting.

None of the items on the list necessarily includes a current address for the individual standing before the clerk at the polls.

Also, in the email – targeted specifically to WV voters – there was an article by our Secretary of State which outlined some very good things that his office has done regarding cleaning up the voter rolls (over 100,000 bad listings were identified which means 100,000+ potentially fraudulent votes were prevented) and this, alone, is commendable. But it also included some comments that raised my eyebrows just a bit and could easily be applicable to most of the remaining state in our Union.

Of concern to me is the suggestion that poll-worker training has been improved. I certainly hope so, but we shall see on November 6th. It has been wholly inadequate in some cases in prior elections. An example:

From personal experience in the last two elections, voting in Lewis County, WV, I walked into the polling place and was simply asked my name. Without my being able to see the screen (good) the poll worker looked at the computer screen and read back to me an address…to which I answered, “Yes”. I was asked to sign the log book and handed a ballot. The same thing happened the next time I voted. After thinking about it, I decided to contact the County Clerk to ask about the procedure. When I pointed out that a far better and secure means to know that the person voting is at least somewhat more likely to be the person registered to vote would be to ask the voter to recite their address (these elections were before the voter ID law was in effect). I was very bluntly told that “my clerks are very well-trained and my procedure is perfectly adequate to determine the voter’s eligibility to vote.” That worker had no way to know who I was. Anyone could say, “Yes” to answer her question.

I firmly and adamantly disagree with the Clerk’s views on the subject. Without identification that shows a person’s photo and address on it, there is no way to know whether the person standing at the desk is the person who registered to vote. It might work for the honest citizens, but the one bent on voting fraudulently, that procedure is wholly inadequate for its intended purpose. Under the circumstances at the time, since no ID was required, asking a couple pertinent questions would be a far better safeguard to voting integrity. Even asking to see the voter registration card would be a minimal safeguard.

As I suggested earlier, overall, the efforts of the WV Secretary of State have been a major factor in cleaning up the voting process in West Virginia, but more needs to be done.

I will be distributing this article to the members of the WV Legislature that I believe will work on this with the hope that they will introduce new legislation this year to upgrade the code to include a requirement for photo identification to vote in our state. Despite ridiculous claims that it is difficult to obtain a photo ID, nothing less can be depended on to keep our voting process as clean and honest as possible. I truly hope they heed the concern.

I also hope those in other states who hold concerns about the integrity of the voting process in their state will do likewise. Until our country has universal voter ID laws that require a photo ID, our elections will remain subject to more fraud than can be tolerated. Pennsylvania and New Jersey news reports are perfect examples of the alternative.

Morale at the Department of Education