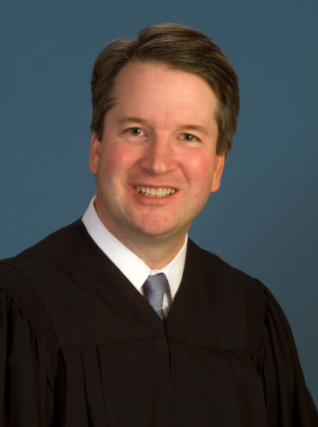 No reasonable prosecutor would bring sexual assault charges against Supreme Court nominee Brett Kavanaugh based on the public evidence, according to the prosecutor whom Republicans hired for last week’s Senate hearing.

In a memo, which was sent to all Republican senators and was obtained Sunday night by NBC News, Rachel Mitchell, the deputy county attorney in charge of the Special Victims Division in Maricopa County, Arizona, said her “bottom line” was that “a ‘he said, she said’ case is incredibly difficult to prove.”

“But this case is even weaker than that,” Mitchell wrote. “Dr. Ford identified other witnesses to the event, and those witnesses either refuted her allegations or failed to corroborate them.”

“I do not think that a reasonable prosecutor would bring this case based on the evidence before the committee,” she wrote.

Mitchell led the questioning on Thursday of Christine Blasey Ford, who said in her Senate testimony that she was “100 percent” certain that Kavanaugh sexually assaulted her when they were in high school.

Kavanaugh, a U.S. appeals court judge in Washington, D.C., has strongly denied allegations against him from Ford and Deborah Ramirez, a classmate of Kavanaugh’s at Yale University, as well as an allegation from a third woman, Julie Swetnick, that she was the victim of a gang rape in about 1982 at which she says Kavanaugh was present.

The FBI is conducting a one-week supplementary investigation after the Judiciary Committee cleared Kavanaugh’s nomination on a party-line vote last week. NBC News reported that Ramirez spoke with the FBI on Sunday but that the agency is operating under White House constraints on the scope of its investigation and that Swetnick isn’t on its list of witnesses to interview.

Mitchell acknowledged that the standard of proof in a nomination hearing is less daunting than in a criminal trial. But she said the allegations against Kavanaugh didn’t even rise to a lesser “preponderance-of-the-evidence” standard.

Why A Detailed Biographical Movie About Obama Could Never Be Made