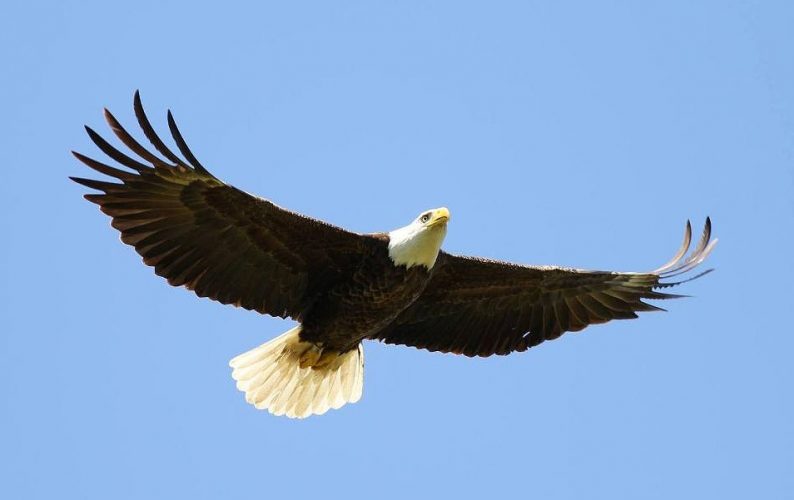 I am constantly amazed at how the Lord reveals new insight into his Word. Verses I have read a thousand times suddenly take on new meaning. This happened to me again this past week. As I was preparing the playlist for my Front Porch Gospel Music Show (the theme this week being Christian oldies), I came across a song by a gentlemen named Oden Fong called “White Eagle”. The chorus of the song speaks of Christ as an Eagle:

Right in front of your eyes, but you’re blinded

Till He comes to take us away

I had never heard of Jesus being described as an eagle. So I did a search online of “Jesus like an eagle” and came across this familiar (and curious/puzzling) passage from Ezekiel 1:5-6a, 10:

As many times as I have read this as a born-again Christian, I never realized that the four faces represented different aspects of our Savior (and each was symbolized in the 4 gospels).

The song “White Eagle” talks of the “eagle” returning and ends with what one could interpret as a symbolization of the rapture:

From the Death Valley

A day is coming when Jesus will return and we will be caught up with Him in the air. Which means we will FLY! Like an Eagle! Up and away, higher and higher. Sin and death will no longer have any power over us! We will be made new (and YOUNG again!).

O death, where is thy sting? O grave where is thy victory? But thanks be to God, who gives us VICTORY through our Lord Jesus Christ!