Perhaps I am opening myself up to a lot of criticism because so many people say, “We have the right to protest, to march, to even use violence if it makes our point. It is constitutional.” No it is not. Back in the seventies when we had protest marches I had to tell my students that technically even those marches are based on tradition when a candidate for office in the 19th Century would have supporters march a select route culminating in speeches. Maybe even having a band. Compared to what we had in the seventies and now, things are very different. 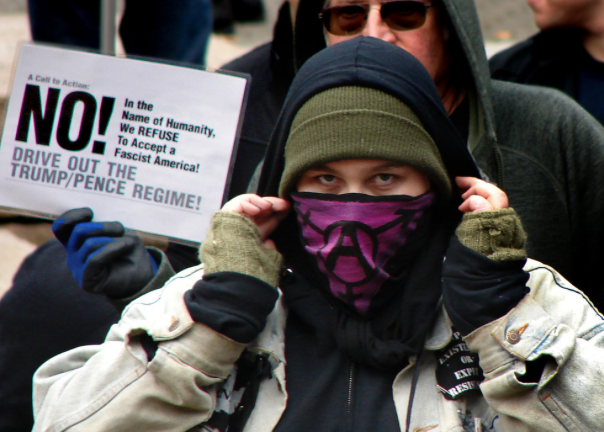 The First Amendment is used as the argument for what we are seeing done today by left wing Democrats and encouraged by the liberal media. So first to be clear let us review that very important amendment:

Amendment I. Congress shall make no law respecting an establishment of religion, or prohibiting the free exercise thereof; or abridging the freedom of speech, or of the press; or the right of the people peaceably to assemble, and to petition the government for a redress of grievances.

Do you see the word “protest” or the word “march?” I have no problem with the marches we have had in the past for Civil Rights or to give women the Right to Vote. They were in general orderly and guided by the laws of the community where they were held. The key phrase here from the First Amendment is “ the right of the people peaceably to assemble.” Let us look at the words peaceably and assemble.

None of those definitions sound like the sort of thing being done by groups trying to terrorize Judge Kavanaugh and his family, Senators Graham, Cruz and Collins. It is easier to define the word assemble: “A gathering of people in one place for a common purpose.” That does not sound like organizing in the streets to me, more like organized meetings in one place. Marching is not assembling in one place.

Now let us look at the word protest, which is an expression of bearing witness on behalf of an express cause by words or actions with regard to particular events, policies or situations. Protests can take many different forms, from individual statements to mass demonstrations. Protesters may organize a protest as a way of publicly making their opinions heard in an attempt to influence public opinion or government policy, or they may undertake direct action in an attempt to directly enact desired changes themselves.

Marches and demonstrations have been used more to usher in more dictatorships than democracies. The things we are seeing done by Socialist Democrats are reminiscent of Hitler’s Nazis and the Bolsheviks in Russia which led to the Communist Revolution.

What we have been seeing is mob rule and thug-ism. We have seen groups start with the act of disturbance, it becomes a rout and then a riot. A recent example that was viral on Facebook was the mob of people storming the hallowed halls of the United States Supreme Count trying to hammer open the main gateway entrance. They cried,cursed, and screamed at the doors in protest over Justice Kavanaugh. Clearly this, like the threats we have seen made against conservative leaders, and their families, is a breach of the law.

The Supreme Court is designated as the ultimate protector of constitutional rights, but the guarantee of protest and free speech ends on the steps to the plaza in front of the court’s grand marble temple, a unanimous federal appeals court panel ruled. Demonstrators are allowed on the sidewalk in front of the court but not any closer to the famous portico promising “Equal Justice Under Law,” three judges of the U.S. Court of Appeals for the District of Columbia Circuit decided. 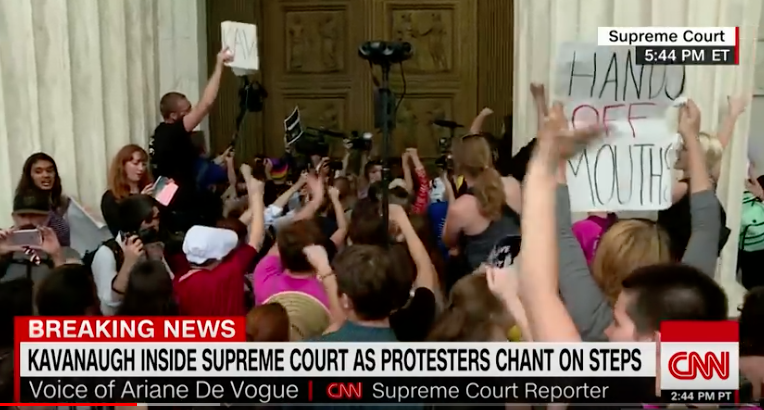 The fight over where protesters get to protest has been going on for years. The appeals court judges upheld a 1949 law that forbids demonstrations on the grounds of the high court, on the premise that protests at the court’s doorstep might lead to the perception that the justices are swayed by vox populi rather than the dictates of the law.

So my humble question is how are these loons getting away with it. We hear of many arrests, however few if any convictions. And how about the ones responsible for these acts by those who are clearly liberal terrorists. Senators Sanders, Warren, Feinstein and Schumer should be given some of the responsibility for this and made to pay the price. That also goes for some of the deep pockets that are financing these demonstrations that endanger innocent lives.

Watch this video as journalist Joey Salads goes undercover as an Antifa member during a pro-Trump rally. He learned how incredibly violent these people really are:

The Murder of Former Miss Baghdad