I truly love the great state of California, but sometimes its priorities seem a little out of alignment. Actually, no, not just a little. Very much, even dangerously so.

Let me state the issue more directly: We face a lot of serious problems in our state and in the nation today. There is terrorism worldwide, plotted and perpetrated by people who hate us and would be happy to give their lives to murder us or even just to make us suffer. We have a shameful legacy of failing to honor and care for our military combat veterans, leaving them to languish on the streets with only alcohol and drugs to dull their pain. As a related matter to that tragedy, we groan under record-setting rates of homelessness and substance addiction. But even worse than all of that, and perhaps worst of all, we are positively drowning in little drinking straws and other small bits of plastic.

I hope you caught the incongruity in that last paragraph. And if you did, consider yourself ahead of most of California. Recently, the Board of 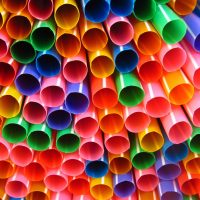 Supervisors in San Francisco voted unanimously – unanimously! – to ban single-use plastic drinking straws. I couldn’t make this kind of thing up if I tried.

The city of San Francisco has just outlawed not just the use, but even the sale of Drinking Straws. That’s right: other municipalities have gone specifically after restaurants and similar establishments with this kind of legislation, but in San Francisco, even grocery stores are now forbidden to sell straws. Actually, it goes beyond that, including splash sticks, toothpicks, and even plastic garnishes for cocktail glasses. These, it would seem, are the pressing and dire issues of our time. Because I know I, for one, wake up each and every morning worrying about all the tiny little umbrellas getting slipped into people’s mojitos in bars.

But for all that I’m belittling it here, it’s not that I don’t understand or care about this matter.  Trust me, I do. The plastic products we consume and subsequently dispose of as trash are serious contributors to pollution, and therefore constitute an important environmental concern. Plastic, nylon, wire, etc…. has a tendency to end up in our creeks, lakes, and waterways eventually our oceans after it is left behind by thoughtless humans, where it can be harmful to fish and other marine wildlife. And when I say harmful, I mean exactly that. Our neighboring lakes where careless people throw out their plastic from a lovely day picnicking in the park or a sport fisherman that leaves behind a tangled fishing line and what looks like a hook which appears to be something that could capture Nessie a “Loch Ness” is found floating on the surface of the water, or the sandy beach. This is a recipe for disaster for our wildlife and sometimes even our human companions. This is not just a practical, but also a spiritual issue for me.

In general, we humans (going beyond Californians and even Americans) have not been particularly responsible stewards of the world God has given us to live on. I happen to believe we will be held accountable for that, and I would much rather take action on it now than have to explain this mess to the planet’s true Owner later. I do not know about you, but if I entrusted someone to look after my house and my pets for a while, then returned to find garbage all over the floor and air I could barely breathe without coughing, and my dogs and cats with fishing line wrapped around their ears and mouth, I would be extremely angry. So believe me, I care.

But we live in a time with even more pressing matters to address. Not only are we suffering sociological problems of the sort I mentioned earlier, but there is now fresh evidence that ricin is back in the news with reports that envelopes suspected of containing the poison were sent to the White House and top defense officials. 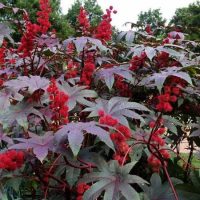 A letter addressed to President Donald Trump at the White House was intercepted by the Secret Service, authorities said. Letters to Defense Secretary Jim Mattis and Navy Admiral John Richardson were seized at a Defense Department mail facility before reaching their targets.All the envelopes were being tested further to confirm that ricin was involved. Weaponizing ricin to attack politicians is not new.

Furthermore, ISIS may be plotting terrorist attacks in California, to include the release of biochemical agents, ricin? Do we really need our leaders spending their time worrying about cocktail umbrellas and toothpicks when our lives may be in immediate danger? Priorities are important, and while the environment certainly matters, so does whether or not we have to hear news of death counts after a terrorist bomb goes off. We’ll deal with the straws once we’ve got that squared away.

It's Time To Return Our Hearts Toward Home

When Islam Became a Race