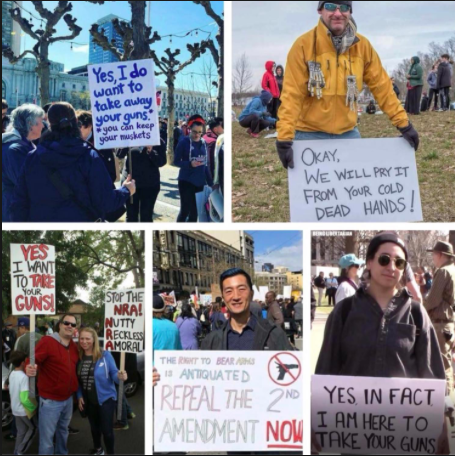 In case you have not heard, there are young people today – contrary to leftist propaganda – that actually care about their constitutional rights. A case being heard in Washington State pits a young lady by the name of Hannah Brumbles of Dear Island, Washington, against the retail giant, Walmart Stores, in a challenge to the latter’s policy change that denies those between 18 and 20 years old the ability to purchase a rifle at their stores.

It seems that Ms. Brumbles has found that the state’s anti-discrimination laws (the same laws that have cost a bakery thousands of dollars over their refusal to bake a cake) provides that a citizen cannot be discriminated against based on age from buying any legally offered product or service.

The preliminary ruling on the matter went in favor of Ms. Brumble but there is apparently a sticking point that has caused Walmart to push the case to a hearing before an administrative law judge. You see, Walmart wasn’t happy with the fact that Ms. Brumble is demanding compensation comparable to the compensation assessed upon the baker who refused to bake the cake – $135,000. Walmart, on the other hand suggested a payment of $150 as compensation for the “discrimination.” Meanwhile, the state proffered a fine of $5,000.

The first thought concerning the compensation that comes to my mind is that the state is playing favorites here. If you violate the law against someone because of age – $5,000 fine. If you violate the same exact statute against someone in the LGBT gang – $135,000 fine. Does something sound basically discriminatory in this “anti-discrimination law?”

The next thought? What’s next? Well, here it comes. Initiative 1639.

The backers of the “hate guns” crowd, primarily the Bloomberg affiliates, have succeeded in collecting sufficient signatures (per the state supreme court) to gain access to the November 2018 ballot for an initiative that will make every – yes, every – semi-automatic firearm currently existing illegal in the state of Washington. In addition, the transfer of any firearm from one person to another – even the loan of a firearm to one’s son for a weekend hunting trip – would be subject to a transfer tax of $25. After a mandatory 10-day waiting period, the transfer could take place with the approval of the local chief law enforcement officer. Of course, during that ten-day waiting period, the initiative calls for the state to have access to your medical records to glean any information whereby the transfer could possibly be denied.

There are several problems with the proposed law itself, but how it wound up on the ballot in the first place is equally as disturbing. Washington state statutes require that signatures from a specified number of citizens be collected and verified. It also provides that the document used to collect those signatures must provide a legible and complete copy of the proposed initiative – all the text. In the case of Initiative 1639, the signature pages did not contain this information but rather a very incomplete summary was provided on the back of the pages in very small type size.

As with so many other things that take place in states dominated by leftists, this is a perfect example of where the rules would very likely be applied stringently were the ballot measure to be related to an effort to limit government’s power over its citizens, but when the effort is aimed toward enhancing the power of government over its subjects, there is plenty of “turning a blind eye” in order to allow the effort to continue.

The aim of Initiative 1639 is, like so many others, a step toward total confiscation of firearms from the civilian population. The groups behind it have nearly said as much. For the moment it falls short of that goal, but rest assured it will only be an interim measure until people get used to this level of restriction. Then the next initiative will push the envelope a little further until we find an Australian-style measure that has the government knocking on your door. This current effort will ensure on which doors they should knock.

As an effort to educate the citizens of Washington State about the real horrors contained in this initiative, the NRA has created an informational website aimed at helping the people understand just how intrusive and ridiculously excessive the propose law really is. If you are living within the state, I would encourage you to visit the site and take a serious look at what your state is about to do. It should keep you up at night, right up to the point where you vote “NO” in November. If you are not a citizen of Washington, read the information anyway. There is little doubt in my mind that the anti-gun crowds are waiting breathlessly for the results in November with the hope of victory here feeding future efforts in other states. Forewarned is forearmed. Visit http://www.initiative1639.org at your earliest opportunity. It’s that important.

Six Years of Benghazi: The Comfort of Friends