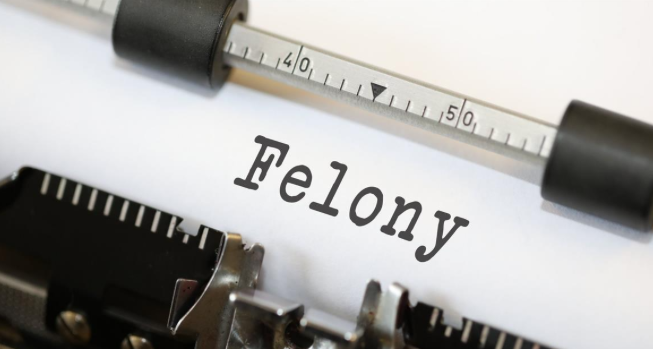 Jack Davis provided an article (here) that truly was heartbreaking. A couple, Gary and Jackie Skelton, who moved to the very small town of Leggett, NC, to “enjoy a quiet life” according to their Baptist minister, were brutally murdered in their home. Gary was the mayor of the otherwise idyllic little burg.

The couple were discovered after Mrs. Skelton failed to show up at her job which was not further identified.

Edgecombe County Sheriff Cleveland Adkins allegedly announced that they had solved the case within eight hours of its discovery.

There are three individuals alleged to have committed this heinous act while apparently in the process of committing armed robbery against the couple who were said to be the type that would have given anyone the “shirt of their backs.”

There are many disturbing factors in the above series of events, not the least of which is that one of the alleged perpetrators was just released from prison on August 28, 2018. Keith Earl Williams, 25, was convicted of two crimes just sixteen months earlier. They included, wait for it, Assault with a Deadly Weapon and Possession of a Firearm by a convicted felon. Apparently, he had more of a history that just those two offenses. Another man and a woman were also charged in this robbery murder. All lived in nearby towns.

So, what really needs to be done?

I could trot out a number of popular suggestions among gun rights advocates like stiffer penalties for crimes, better mental health efforts, screenings, and even the possibility of separating those with violent mental illnesses from the general population until proven not to be a threat to themselves or others. But I won’t. Not that I object to several of them, I don’t. But there is an easier solution that does not require new legislation, federal executive orders, more background checks, closing alleged loopholes that largely don’t exist, or any other major effort.

You see, when many criminals are arrested, there are often multiple charges laid upon them. As in this case, the potential is for the following: First Degree Murder, Robbery, Kidnapping, and more than likely, possession of a firearm during the commission of a felony. While most of these charges are state statute violations, the last is a federal crime that carries a mandatory sentence of between five and ten years behind bars.

Unfortunately, in the vast majority of cases, the defendant is offered some sort of plea bargain to reduce the number of cases that have to go to trial before a jury which is expensive. It is also inconvenient when the only federal charge is the gun crime for the U.S. Attorney to bring the defendant into federal court for the single charge. It is not uncommon that the U.S. Attorney would waive prosecution as long as the defendant was willing to plead to some or at least one of the other charges.

Too often, when a defendant is charged with lesser crimes than murder, the plea agreement is seriously watered down to a single count of one charge and the rest are dismissed. That single charge might only carry a sentence of a year or a little more, especially in the case of a first offense. You can see where this is going. In the case of the murder described above, the person charged who just left prison had served only sixteen months when he was charged with a felon requiring a five year and possibly ten year “mandatory” sentence. But it is only mandatory if he is actually convicted or pleads guilty to that specific offense. If not, it just goes off into the clouds without the slightest penalty. All out of convenience!

The solution is for prosecutors to shift the emphasis from lightening the docket to keeping armed felons off the streets and offering a strong deterrent to the use of firearms in criminal offenses. Any time a criminal is caught with a firearm while committing a felony or where there is testimony that he/she used a firearm to commit the crime, the mandatory sentence should be imposed upon conviction. This criminal count should be ineligible for inclusion in any plea bargain. Since this is something that could be done within prosecutorial discretion, it requires no change to existing law…just a firm commitment to get guns off the streets as they are found being used in crimes.

If you really want to make this a success, go ahead and push for legislation that carries out this suggestion. It wouldn’t take much effort but would require legislators to acknowledge that passing a mandatory minimum sentence for a specific crime does no good unless the sentence is applied. Presently, the mandatory part is being ignored which makes the threat non-existent, too.

In reality, it would be far better to have every state pass such a sentencing requirement so that the federal government would not be involved at all, but that might be too much to hope for, but I’d settle for either of these solutions because this could go a long way to providing an avenue to deter gun crimes and get a lot of illegally possessed guns off the streets. Are you listening Chicago? North Carolina? Anyone?