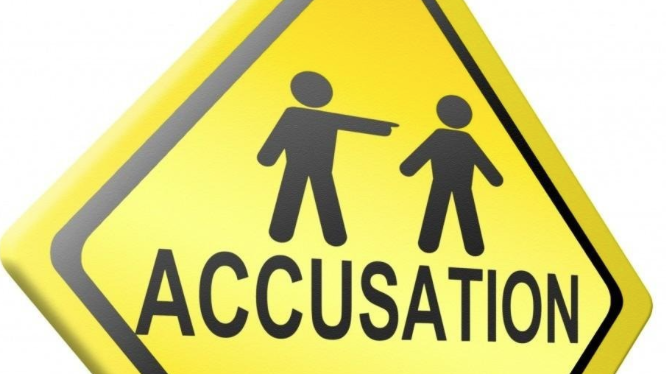 OK, let me lay it out. I have some extreme views on rape. Personally, I believe that proven allegations and convictions of rape should be considered on the same level as the crime of pre-meditated murder. When you rape someone it is the robbing of someone’s humanity, never to be returned. As in murder, there should be no statute of limitations for this crime on either a state or federal level.

That being said, the allegations and the processing of the allegations of rape against Supreme Court nominee, Judge Brett Kavanaugh are enough to drive any thinking American to shriek into the darkness.

The accusations made by Dr. Christine Ford against Judge Kavanaugh need to be investigated in a clear, coherent manner. I realize that is an incredibly tall order for the Senate Judiciary Committee, but the rule of law needs to be followed. The same rule of law that states that an American citizen is considered innocent until proven guilty when accused of a crime.

Unfortunately the allegations (so far) are given credibility based on ideology instead of facts. Politics determines if the individual accused should automatically be considered guilty and forced to prove innocence. If found innocent, the verdict is under reported and the media is almost silent.

As of September 23, 2018, it appears that Dr. Ford and her attorney have agreed to appear before the Senate Judiciary Committee on September 27, 2018. Yet, they seem to want to change the rules of Juris Prudence, among other requests, by asking that Judge Kavanaugh testify first before the committee. I want Dr. Ford to receive a fair hearing as I do in the same principle for Judge Kavanaugh. But even Charles Manson testified last in the court proceedings of his murder trial.

We need to consider the previous allegations of rape against former President William Jefferson Clinton if no statute of limitations exist. Why is Minnesota Congressman Keith Ellison still walking free after the allegations of domestic abuse by former girlfriend, Karen Monahan? Allegations that are framed by medical and police reports. Is there a one rule of law for politicians and a completely different one for the average American citizen?

The tragic issue here is that we are dealing with the politicization of an allegation of rape as opposed to following the rule of law that is supposed to hear and convict the crime of rape.

Did you ever think that you would ever live in an America where an abhorrent crime such as rape would be politicized?

Prager University: What is Hezbollah?

Do Title IX Rules Level the Playing Field? Not Yet!