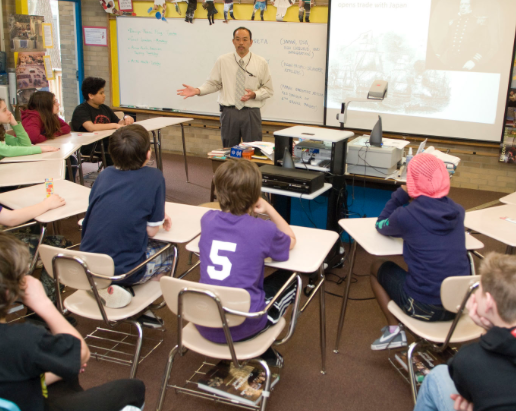 Politico’s Morning Education newsletter carried an interesting entry this morning. It seems that many on the left are up in arms about the position taken by Secretary of Education Betsy DeVos regarding the use of federal funds under Title IX to purchase firearms and provide firearms training for school personnel including faculty.

It was the intent of Congress to restructure past federal school funding legislation to make the level of flexibility available to the states greater than under past laws. The Every Student Succeeds Act (ESSA) is the most recent legislation which leaves the decisions as to what is purchased with the funding up to the individual states.

Based on inquiries from Texas and Oklahoma, Secretary DeVos took the position that since Congress did not specify any limitations on how the funding was spent by the states, she would not stand in the way of states using the funds for firearms and/or training with the state school systems.

This has caused much gnashing of teeth among the anti-gun crowd with cries that it will endanger students and faculty and that such a use of the funding could not possibly meet the intent of Congress. The newsletter offered no specifics as to how the protests came to that conclusion. It is very likely not within the realm of reality to suggest that anyone on the face of the earth could identify the intent of Congress in passing most of the laws that they pass.

Democrats argue that DeVos has a “moral obligation” to deny states the use of Title IX funding for such purchases but what they do not seem to want to accept is that the Education Department, as long as it continues to exist, must comply with the laws passed by Congress without adding or removing requirements that are not provided for by Congress. It can produce regulations and guidance as to how they account for the funds and how the monitor compliance with the law, but they cannot add things like restrictions on what can be purchased.

The current hysteria over school security has reached ridiculous proportions when it comes to anti-gun sentiments. For some reason, the Democrats cannot seem to understand that there is a quantum difference between a criminal with a firearm and a law-abiding, properly trained citizen (or staff-member/faculty member). It is, however, essential that extensive training be included with the purchase of firearms.

Bottom line in this discussion must come down to this. Regardless of how the Democrats rant and rave about how terrible such a decision may be, it is clear from the statute that Congress is the only entity that can prevent states from using this funding as they see fit. As with so many other instances, Congress’ best intentions often turn out to be incomplete or inadequate to meet the desires of all the parties concerned. For many years states have lamented the interference and unnecessary restrictions and requirements that comes with federal education funds. To respond to those complaints, the ESSA opened up the process by making the funding provided more like block grants so that the states were completely in charge of how the funds were spent.

As is terribly predictable, the party of big government and central control – the Democrat Party – is now disturbed that Congress has given some control back to the states. Perhaps what they really need to do is give the states a chance to make their decisions before jumping to conclusions. It is unknown at this time if Texas or Oklahoma (or any other state for that matter) will ultimately choose to use the funds for firearms or related training. No such request has been received as of this writing. It could turn out to be much to-do about nothing. Stay tuned.