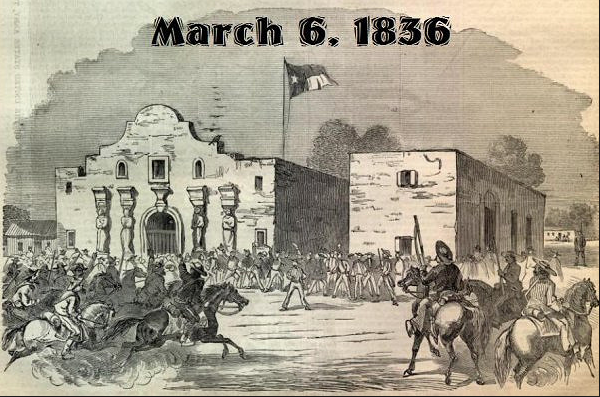 The level of absurdity we see in everyday American life is constantly reaching new heights. At times I find myself wondering if I’m not the victim of some elaborate prank. Think about it. It would make an excellent reality show: Take someone who was born in the United States and has been taught American history from a conventional standpoint…and see how they react as they are told everything they were taught to believe about this country and its heroes is wrong.

The key to this elaborate prank would be convincing the contestant that all the crazy things they are being told are believed by a a large number of people. The way to do this would be the creation of elaborate phony news articles and broadcasts.

It would make a great show wouldn’t it? It would be fun to see how long it takes to drive someone completely insane. Take Pearl Harbor for example. How would a baby boomer react to the assertion that this event was insignificant and/or had little to do with the United States’ involvement in World War II? Why stop there…why not tell them we deserved to be attacked. Here is another crazy one: Tell a Civil War buff that the Emancipation Proclamation had nothing to do with slavery. Going even further back, why not argue that the entire Revolutionary War was an act of treason against King George III and should therefore be considered an illegal act that deserves condemnation.

Obviously it shouldn’t be limited to reinterpreting events. Historical figures must be cast in a new light as well. Imagine the reaction you would get if you told them Benedict Arnold was bitterly anti-British, George Patton was pro-Nazi, and Josef Stalin was an unabashed capitalist.

Here led be a great first episode: Feature an ad by Nike which depicts a former NFL Quarterback, who refuses to stand for the national anthem, as some sort of patriotic hero. The premise here is that exercise of free speech equates to heroism. To really confuse the contestant, explain that intellectually speaking, it doesn’t matter what a person says as long as it offends a great many people. The more people you offend by exercising free speech the braver and more noble you are for expressing your views.

Now, to totally blow their mind: Tell them that the defenders of the Alamo were not heroic. Why? C’mon…they were fighting Mexicans…which means the whole endeavor was racially motivated. Who cares if these men fought to the death? These guys were a bunch of insubordinate soldiers. If schools in Texas ignore the individual characteristics of the defenders of the Alamo, it will free up 90 minutes of class time. This in turn will teach students to think for themselves?

Sadly the above paragraph is reality, not a prank. A group of educators and historians were asked to trim down the social studies curriculum taught in Texas Public Schools. No problem. All you have to do is take the most important event in the history of Texas and declare it politically incorrect. So, forget about the Alamo! That’s what this group has advised the Texas Board of Education to do. It turns out those guys really weren’t heroic after all…oops. One ‘historian’ even called them ‘vainglorious.’

Seriously. This may be the single most idiotic thing I have ever heard of in the name of political correctness. I don’t know how a group of sentient human beings could possibly rationalize such a preposterous notion. I’m in my late 40’s. I don’t know about subsequent generations, but as a boy, I was fascinated by the story of the Alamo. Generations of boys before me were fascinated by the story. John Wayne, the embodiment of American toughness, was compelled to produce a movie about it.

Is it wrong to romanticize the notion of a group of men sacrificing their lives in the name of freedom? Every country, culture, and society needs heroes. We need to believe in the ideals represented by those heroes. If we don’t have that then what do we have? If our notion of what constitutes a hero has devolved to the extent that a guy who refuses to honor the National Anthem (based on broadly defined issues) is considered more heroic than a group of men who sacrificed their lives for a very specific issue (freedom) does our Country even have a soul any longer? Actually it’s worse than that. It isn’t that the guy who rejects our flag is considered more heroic…it’s that the defenders of the Alamo aren’t considered heroic at all.

What am I missing? I can’t think of many sacrifices greater than giving one’s own life in combat. If the 189 defenders of the Alamo weren’t heroes what were they? Cowards? Villains? Just the thought of it makes me worry about a brain aneurism. I’m not even a Texan and I have found the story compelling enough as an adult to read books on it. What is there not to appreciate about the Alamo? There are many parallels between the fight for Texan independence and the fight for American independence! Both fights represented struggles to break away from the bondage of oppression. Texas even had its own Declaration of Independence from Mexico. The Alamo is akin to Valley Forge.

Sometimes things are what they seem. Has the story of the Alamo been embellished? Almost certainly. Nevertheless, I fail to see how anyone can find fault with the defenders or question their objectives.

As I understand it, these are the basics:

Central to the story of the Alamo is the fact that it involved several legendary/colorful figures. The commanding officer Col. William Travis was a lawyer by trade and failed businessman before moving to Texas. Joining Travis were Sam Bowie (inventor of the knife bearing his name) and Davy Crockett. Crockett was a living legend. The course of events was ultimately dictated by the decisions of Bowie. Though ostensibly the overall commanding officer, Sam Houston was hardly presiding over a well-trained and established army. He needed more time to organize an effective fighting force. He sent Bowie to the Alamo to evacuate it. Instead Bowie opted to defend it.

Sure, Bowie was guilty of insubordination, but it was based on his assessment of the situation. Bowie knew that the Mexicans would have to pass by the Alamo on their way to suppress the Texas rebellion. Therefore, he decided to fight a delaying action to hold up Santa Anna and inflict as many casualties as possible on his force. I would hardly call Bowie or any of the Alamo defenders ‘vainglorious.’ While proud men, they were under no delusions the could defeat 2,000 well-equipped and trained Mexican soldiers. Travis even gave his men a chance to leave. According to legend he drew a line in the sand with his sword and everyone crossed it to remain with him.

If a group of men willingly and consciously make a decision to die in battle, not for glory, but to buy time for those who will ultimately attain a military victory…if those sacrifices are powerful enough to inspire others to victory…it makes you a hero. Anyone who says otherwise doesn’t understand honor.