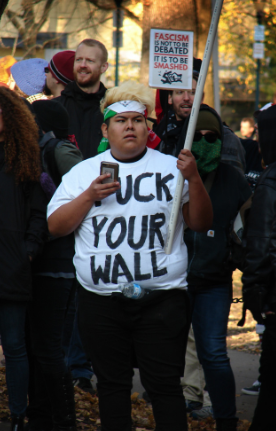 From author Jim Mullen: This is the last of a four-part article about the new Democrat Socialist Party’s policies, platform, strategies, and ideas. Their war on the Constitution and America is exposed in bullet point listings of anti-American activity and behavior of today’s Democrat Party and their leaders.

Following the four-part article, I’ll expound on each bullet point item with short articles that will continue into November. Exposing Pelosi, Waters, Schumer, and the other leftist leaders of the now Marxist Party is essential in enlightening voters of exactly where the Democrat Party stands. When the Party is illuminated in the glaring light of truth, one can only hope long-time Democrats will see the anti-American, hate-filled version of the new party for what it really is; and adjust their votes accordingly.

“Liberals are always trying to claim that everyone who disagrees with them is a hateful person. However, their anger and violence makes them the biggest hate group in America. Let me tell you something, folks. There is an inescapable observation and conclusion, and it is this. You have to look very hard — and you have to spend a long time looking — to find a genuinely happy or content left-wing political person.

The bottom line is: You just don’t encounter happy, laughing liberals. Even their comedians are consumed by hatred. The Democrat Party’s become the largest hate group in this country. Even their comedians are angry and enraged, and that suffices as comedy. I think it’s one of the reasons why left-wing comics have become primary sources of news for other left-wing liberals.”  –  Rush Limbaugh

Fake news is a unique and ubiquitous expression one hears and reads all too often. In reality, it’s an invented, politically correct term, meaning ‘media lies.’ The MSM lies are designed on the premise that a lie repeated often enough and strongly enough, becomes the truth. Adolf Hitler‘s Propaganda Minister Joseph Goebbels indoctrinated Germany and nearly ruled the world with this premise.

Individually, each bullet-point presented here tells a devastating tale of leftwing lunacy abounding in the Democrat Party. However, in totality, they represent an attempted coup of America.

Democrats, the mainstream media, and the deep state have declared complete and total war on not only President Trump, but America and everything for which it stands. This mid-term election is the most important in American history.  If patriots cannot bring themselves, and inspire others to stand and fight at the ballot box, our war might be lost. Make no mistake; they are at war with America! If we lose this war, we lose our liberty and have no chance of regaining it without fighting another violent and bloody Revolutionary or Civil War.

When you make your decision on that judgment day in November, choose liberty.  Our founders pledged their lives, fortunes, and sacred honor for us.  Freedom-loving Americans must strike a decisive blow against the tyrannical leftist Democrats. Leftists have the numbers; therefore, patriots must turn out en masse and overwhelm the lawless.

Every elected Democrat increases the power base for radical progressive policies. If they truly believed in liberty and the Constitution, they would not remain in the party of Marxism.

Historically, conservatives have recoiled from conflicts with liberalism, believing their ideas were too extreme and ludicrous to be taken seriously. We dealt with them with a dismissive wave of the hand. Unfortunately, that has been a horrific miscalculation, as they currently control the MSM, entertainment, social media, the Internet, most of the courts, and the deep state. Hundreds of millions of people have lived in dictatorships that began with a few hundred determined revolutionaries with radical ideas. Tragically, they were dismissed out-of-hand by unsuspecting, naïve citizens and their leaders.

Dictators acquire and maintain their power by creating division. Setting one faction against another is how they work. They scream, rant, rave, and lie to stop any idea of freedom because if people maintain autonomy; their tyrannical systems are ineffectual. Currently, they are in panic mode because President Trump is burning Obama’s leftist legacy, and Democrats are terrified of conservative ideas because if they succeed people will embrace them and the left at least temporarily, fails.

Michael Ingmire: Excuse Me, I Thought This Was a Funeral?