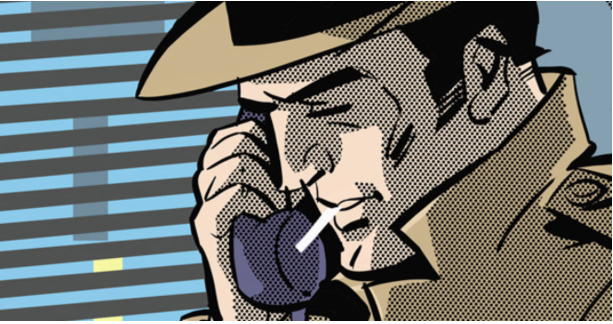 I think when the skies are full of rain in DC it is the darkest place on Earth, but then the cases I have handled here may have obstructed my view. As a PI I can be cynical, but blame the people I deal with. This morning was no exception as I parked my old Ford Focus near the ramshackle building where I rented office space. My raincoat and hat could not hold off the early October pour down and I suspected it wasn’t rain. Maybe tear drops from guardian angels ready to give up on this town.

I left puddles of water as I climbed up the steps to the second floor and looking at my glass door wondering why a former veteran and cop would ever take pride in seeing his name engraved, Jax Hawkston, Private Investigator.

I shambled into my office, which is made up of two rooms, to be greeted by DeDe my secretary who holds court in the outer chamber. A cute curly haired red head who releived me of my concern about the PC crap when I was too polite during our first meeting. “Look Mr. Hawkston, even going to Vassar couldn’t keep me from my dream. A dream my grandparents instilled in me through old detective movies. I read where you are a real shamus and I want a job if you have an opening.”

I didn’t really, until I got this office space I had been working out of my apartment. However, I’m a sucker for a cute dame and she seemed too sweet to turn down.

“Hawk” she greeted me as I hung my hat and coat on a rack “you have a client She is waiting in your office and looks like she has money. Which we need as I have back pay coming.”

I grunted knowing that there went my morning breakfast, but it would wait in the bottle stored in my desk. “Any calls?” I asked.

“Just the usual official wanting to check on his wife and the usual wife wanting to check on her big name hubby.” DeDe knew I hated those jobs and there were plenty to be had. DC has the highest percentage of alcoholic wife and husband problems in the nation. Pressures of the many professions here, something we learned from former first lady Betty Ford who started a whole clinic in her name.

“Thanks for blocking them cupcake” I complimented her and she dismissed me as I entered my office saying “Get us some money big guy. We need it.”

My office is small, one desk and two filing cabinets and two chairs. Yeah, I have a laptop, but I like the feel of paper. Call me old fashioned but it keeps this me grounded.

Then I saw the gorgeous addition. Sitting on the end of my desk with lovely crossed legs was a vision they only put in TV shows about detectives. Long blonde hair framing a face with blue eyes you could drowned in and a Valentino grey dress that was easily worth thousands. She had tossed off her Gucci shoes. In my mind I saw exploding twenty thousand neon lights on a sign warning “Hawk, this could be dangerous.”

“About time you got here,” she said in a smooth low voice. “Your chairs were full of papers so I had to sit where I could.”

I hastily cleared off the papers from the chairs asking, “What’s a nice girl like you doing in a dump like this?”

“Captain Dulaney of the local police recommended you. The police could not handle it.”

Good old Hotshot Dulaney. He was my sergeant in the army and then insisted I join him on the force here. Guess he felt he owed me as I helped him break a big case a month ago.

With the chairs cleared off my visitor took a seat and I took mine behind the desk. “Let’s start with your name then the details.”

“Morna Lovelace. I am the office manager for an official I can not name openly other than to say works in the White House and is close to the president. Recently our office received what is a threat. Only my boss and I have read it.” She handed me a rumpled sheet of paper. I could not detect even a water mark and no odor other than the strong perfume the Lovelace dame wore.

“There is an important vote this week on the qualifications of a person the president has nominated for the highest court. The FBI has gotten involved and we know that your testimony can swing a decision by the US Senate either way. We are prepared to go two ways. Should you oppose openly this appointment we are prepared to open a Swiss account for you worth two million dollars. If you do not oppose look for your family to die by the end of the week.”

“Well Miss Lovelace” assuming her single status as there were no rings on her well manicured hands, “I cannot do much with so little information. I do have a source I can check out today, if you can meet my price. The word ‘Swiss’ may be a clue. My fee is….”

“$1,000 a day plus expenses. Your girl out front informed me. We will pay that and quadruple it if you are successful.”

She handed me an envelope which I did not need to open. I can smell cash.

“Okay, how can I contact you?” She handed me a card and when I saw the name of her boss I whistled. She commented

“That whistle would work too if we were Bacall and Bogart.”

She slid her shoes on and was out the door before I could say anything more. Sadly this was not a film noir movie or I would at least have gotten a kiss.

As I moved to the door I took a quick glance in the mirror. My craggy face showed age and I’m not exactly Robert Mitchum, but the bulge in my jacket with my thirty eight made me feel ready for anything.

As I went to retrieve my coat and hat DeDe asked “So you’re on a case.”

“Maybe. I need to see our favorite rodent.”

DeDe knew who I meant and as I reached for the outer door warned “Be careful. If you mean Ziggy, that puts you in a snake pit.”

I tossed her the envelope with cash as I went out saying “See if that will keep the lights on, yours and mine.”

Ziggy was not an ordinary snitch or he would have been long dead. He was one of those mugs who have a way of knowing every thing and everyone seemed to need him alive as a source of information. Afraid if dead hehad a way of getting embarassing information out.

My destination was the Washington Hotel, near the Ellipse. Ziggy was also a manager there and has his own rooms. It was suspected he knew things about the owners that gave him a free home. I was known at the hotel and my car was taken immediately. The girls at the front desk nodded and smiled, but I didn’t take time for any flirtatious banter. I was soon outside Ziggy’s room and only had to wait a second to have my knock answered.

Ziggy had a sharp face and a small build which always made me think of a rodent. He ushered me in speaking with a hoarse voice, “Hawk, what are you on the prowl for this time?”

I handed him the card Morna Lovelace gave me and replied

“What Swiss person might be interested enough to offer a bribe or death in regard to my client.”

The lights went out and I cursed my stupidity for breaking the rule to check behind any door of a room you enter. The pain from something heavy on the back of my head did not send me to dreamland before I heard a gruff voice saying, “Heir Soros is not going to like this.”

Kanye West on SNL Says Democrat Plan Is to 'Take Fathers Out of Home', 'Put On Welfare'