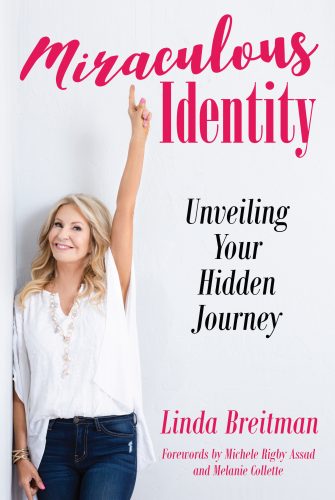 If I could crawl inside your mind for 24 hours, would I have a good day?

This is the one question Linda Breitman asks people as she introduces them to Miraculous Identity, her latest interactive ‘identity’ series, which invites participants to see themselves through the eyes of the One who created them, rather than through the fuzzy filter of our culture, or through their own self-limiting beliefs.

Linda Breitman, speaker, author, and minister, holds seminars on Kingdom Identity, The Real You and The Supernatural You. Her latest book, Miraculous Identity, Unveiling Your Hidden Journey, is set to launch September 22nd.

Many churches and ministry schools have been using Linda’s The Real You identity curriculum to inspire followers to align their thoughts with heaven and see themselves through God’s eyes.

In an EXCLUSIVE interview with PolitiChicks, Breitman explains:

“Generally, I will ask this one question, “If I could crawl inside your mind for 24 hours, would I have a good day?”

Most people say negative and limiting things to themselves.

Because they do not know their true and very miraculous identity. Your identity is how you see yourself. It what you believe about yourself. So, this is where God comes in.

Anxiety disorders are so prevalent in the United States. How many people do you personally know that express stress and anxiety? It’s almost everyone. It’s also estimated that 38% of teenage girls are diagnosed with an anxiety disorder. And those are the ones that we know about.

In Miraculous Identity, there are insights into how to have intimacy with the nature of God, and how to draw closer to Him. It’s an interactive book because the person having serious issues needs something they can put in their hands to wrap their brain around. That way, they can begin to engage with God at a deeper level and begin their own healing process.”

Dedicated to helping people realize their true Kingdom Identity in Christ, Breitman has traveled internationally, teaching her uniquely designed ‘identity’ sessions, which are both are encouraging and interactive. Linda also founded the Dangerous Women of God group years ago as she mentored young women from her own living room.

“It was exhilarating and exciting to see how their lives were transformed.” 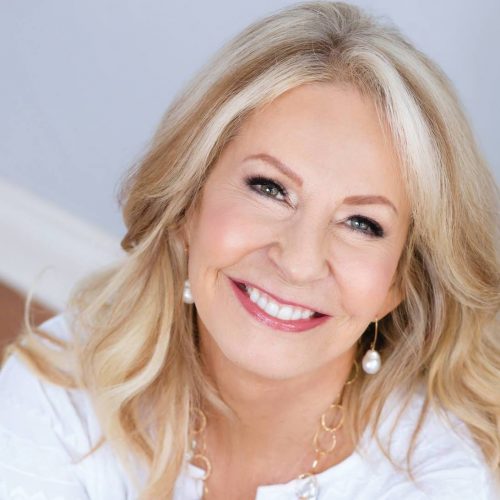 She was also previously involved with jail ministries in Denver, Colorado. Speaking to the inmates about who they are, she would say to them, “You are going to make it. You have hope and you have a future.” Breitman says, “When you speak that over yourself, it is incredible because these people, at the time, are not saying very nice things to themselves.”

She also describes her experience with the prison ministries:

“I never thought that God would send me into the jails and prisons. I just didn’t think that I was a fit. But He did. And it changed me because He was teaching me how to follow Him so closely since I had to have the ‘goods’. In other words, I had to have that close relationship with the Father and know Jesus, and I had to know how to hear Him.

This was critical because the inmates would come in different every time. You can’t come in with a canned message. You have to be prepared, but you also have to be ready to change directions on the dime. The inmate could come in angry or they could come in crying. So, there were so many different situations and individuals with their own unique circumstances.

But God showed me how to really follow Him and lead each person where they were at at the time, and then be able to minister to them cooperatively, and encourage them and build them up. I could see how hungry many of them were for God.”

Bretiman recently spoke these words to a group of inmates in the Dominican Republic, “Many of you have had the call of God on your life. But you got caught in a trap that was set. You have hope. You have a future. You will get through this.”

Breitman discovered her own identity in Christ after leaving the New Age movement. An ordained New Age minister with a Master’s Degree in New Age, she was once deeply involved with the group. However, her late husband, a cancer specialist physician, led her to the Bible, to church, and toward TRUTH, which drastically changed her life.

She describes her transformation:

“I moved up to Idaho to be with my husband to be, and he, a “good Jewish boy,” was reading the Bible and crying over it. This is a guy who had a Mensa IQ, multiple degrees, a brilliant scientist and physician, and there he was, crying over the Bible. Meanwhile, I’m sitting in the living room, at the coffee table, with all my New Age books spread out. I’m deciding on my own what TRUTH is. It was called, “cut and paste,” whatever I liked. He told me that I really needed to read the Bible. And I said, “Yeh yeh, I’ll get to it.” But he began sharing TRUTH with me.

Then when we went on a five week trip to Alaska, he wanted to go church. I went kicking and screaming because I thought it was boring. Especially after have been into all this supernatural counterfeit stuff. I didn’t want to go to church. So, we went to a church, and when we walked in, I saw the people engaged with God in an intimate level. Their arms were raised, tears were coming down many of their faces, and they were in worship. I was looking at them and wondering what they were looking at. But I could feel that something was finally happening and they weren’t just sitting there on the pews. And when the pastor prayed, everybody prayed with him. They people were engaged with God, and this really got me.”

“People need Miraculous Identity because when you come into a relationship with Jesus, you don’t automatically know who you are,” She explains. “We come with mindsets that are not exactly in alignment with how God sees us. In fact, there’s a verse in the new testament that says (I’m paraphrasing here from Romans 12:2), “Your mind has been listening to what the world says about you, I want you to know what I say about you, and you will be transformed from within.”

So, Miraculous Identity doesn’t just tell you about your identity, it is also interactive. In this series, you begin to engage with God in a deeper, more intimate level… People want to know how to get close to God. When I was a young Christian, I remember wanting to know how to know God. When I asked another Christian, she had no answer for me. So, this will enable people and guide them into that revelation, an intimacy with God, and it will dismantle the mindsets that are limiting, and negative thoughts that produce fear. This is no fear in heaven. Miraculous peace is what Jesus has given us. There’s a real need out there. People are hurting and there’s a lot of fear and anxiety.”

Miraculous Identity is formatted the same as the The Real You series because Breitman found the The Real You to be extremely effective. She says, “I really wrote this series because I needed it. I needed to transform my own thoughts…When I came out of the New Age movement back in the 1980’s, I read books on renewing the mind. And it was all great and full of Scripture, but it didn’t show me how. Most people are not proactive in renewing their mind.. It’s one thing to read the Bible, but it’s another thing to believe it and have it dropped it down into your spirit in such a way that you are living it, and it is coming out of every pore of your body.”

Miraculous Identity is designed to help the reader break agreements with old mindsets. It also has a few activation steps to stir up a new place, a new facet in that closeness with God. The book is interactive and personalized. 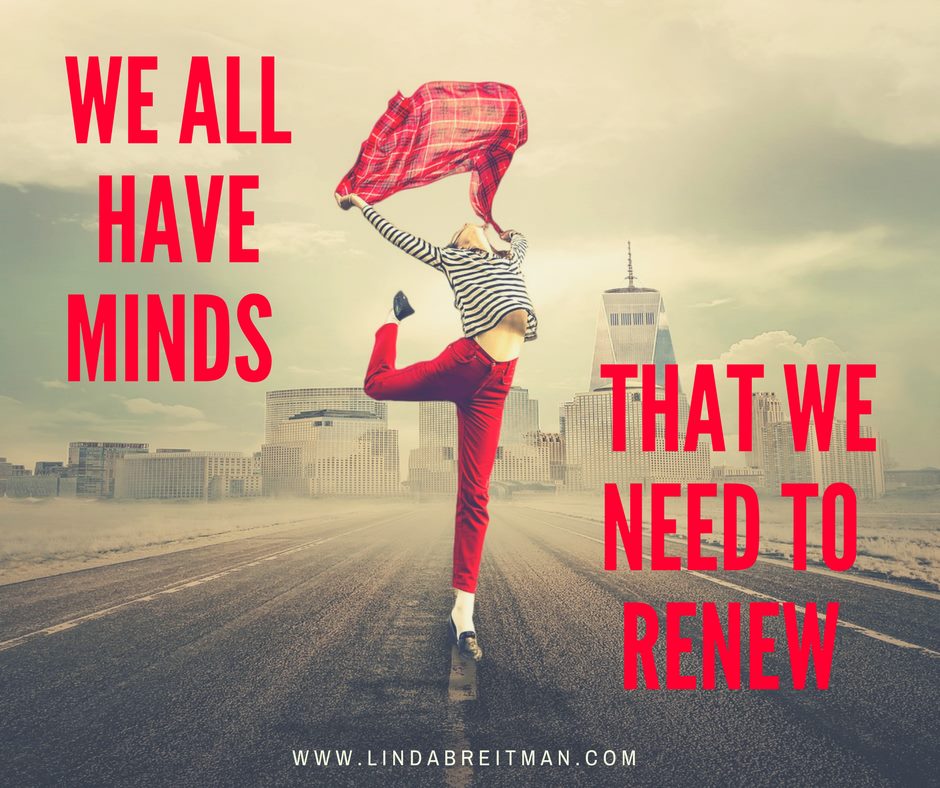 “Miraculous Identity is different from positive affirmations that you would find in the New Age movement or wherever else, because it is based on the Word of God. And the Word of God is living and active. It’s alive. There’s power in the Word, and it has the power to dismantle strongholds. We see many places in the New Testament where we need to tear down strongholds to renew our minds. One key thing we are told to do in Romans 12:2 is to renew our mind. So, we have to do it. It’s not going to be done for us. We have to do it…Mind renewal is an ongoing process and God keeps going to deeper levels and deeper layers within us. He’s always saying, “How can I give her an upgrade now?” There’s always another place that needs to be healed within each of us.”

Breitman suggests doing The Real You series first because it lays a strong foundation and leads right into Miraculous Identity.

Miraculous Identity is available for pre-sale on Amazon on September 10 and the official launch date is October 27th in San Diego, CA.

The Real You series is now also available on Amazon or at www.LindaBreitman.com.

Does the Church Need Married Priests to Serve the People of God?