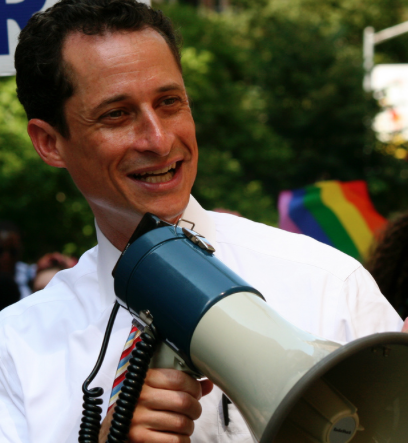 (Washington, DC) – Judicial Watch announced today that it has sued the U.S. Department of Justice under the Freedom of Information Act (FOIA) for all emails the FBI found on the laptop of disgraced former Congressman Anthony Weiner.

In October 2016 The Washington Post reported that the FBI obtained a warrant to search the emails found on a computer used by Weiner that may contain evidence relevant to the investigation into former Secretary of State Hillary Clinton’s private email server.

Weiner is the incarcerated husband of former Clinton top aide Huma Abedin. He was convicted of having sexually explicit communications with teenage girls. In October 2016, FBI investigators from its New York field office discovered Abedin’s emails on Weiner’s laptop, including data indicating the emails went through Clinton’s non-“state.gov” email system.

“The Anthony Weiner laptop-Clinton email cover-up by the Obama DOJ and FBI is central to uncovering the corrupt politicization of those agencies,” said Judicial Watch President Tom Fitton. “The same FBI that provided cover for Hillary Clinton was going full bore against then-candidate Trump and this lawsuit aims to uncover the full truth about that corruption.”

RealClear Investigations’ reporter Paul Sperry recently reported that “only 3,077 of the 694,000 emails [found on the Weiner laptop] were directly reviewed for classified or incriminating information. Three FBI officials completed that work in a single 12-hour spurt the day before Comey again cleared Clinton of criminal charges.”

In a related case, Judicial Watch uncovered 424 pages of FBI records that include an email revealing that fired FBI official Peter Strzok created the initial draft of the October 2016 letter then-FBI director James Comey sent to Congress notifying lawmakers of the discovery of Hillary Clinton emails on Weiner’s laptop.

The notification, according the DOJ IG, came a full month after the emails were discovered by the FBI on Weiner’s laptop. The delay, the IG suggests, may have been the result of anti-Trump bias by FBI official Peter Strzok and others:

In assessing the decision to prioritize the Russia investigation over following up on the Midyear-related investigative lead discovered on the Weiner laptop, we were particularly concerned about text messages sent by Strzok and Page that potentially indicated or created the appearance that investigative decisions they made were impacted by bias or improper considerations.
Share
Facebook Twitter Pinterest Reddit Share via Email Print

Daniel Greenfield: The Democratic Socialists of America and Their Anti-Semetic Problem

Life Under Biden-Harris: From American Dream to American Nightmare