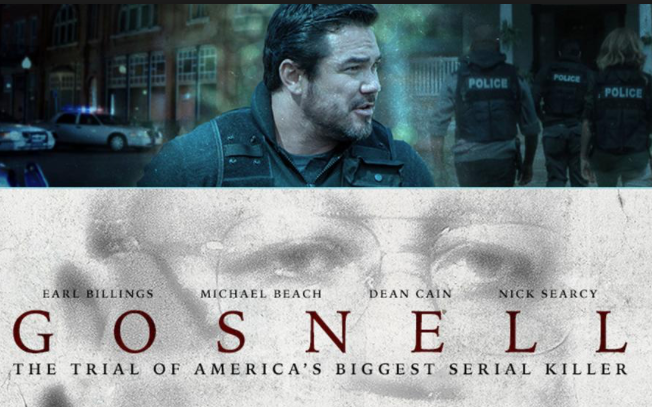 From the producers of the Gosnell Movie:

As you probably know we are having pre-screenings of the Gosnell Movieacross the country in advance of our nationwide launch on October 12th.
And so we wanted to tell you about the most important screening of the Gosnell Movie so far and hope you or someone you know can go.
Planned Parenthood are holding a posh $400 Gala Dinner at the Hyatt Hotel in Austin where they are honoring their former President Cecile Richards.
So we have decided to have a simultaneous screening of the Gosnell Movie at the same time in the same hotel.
As you know we wanted to tell the Gosnell story because it is crucial that the truth is told.
Well now we are going to bring that truth to where it’s really needed. We are going to show Planned Parenthood and their friends in the mainstream media that there is an appetite in Texas for the truth to be told.
And unlike Planned Parenthood we won’t charge you $400 to see Gosnell – The Trial of America’s Biggest Serial Killer. It is free – you just have to register here. Alfonzo Rachel who stars in the movie will be presenting the event which is being hosted by the Texas Alliance for Life.
Below are the details of the event. It’s really important that we get a crowd. Planned Parenthood and the media will be watching. We need to show the world that there is an appetite for the truth in Austin, Texas.

Thank you for your help and we hope to see you in Austin bringing the truth to Planned Parenthood and their supporters. If Austin is too far, please check for an event near you here. Tonight we are in St. Louis, Atlanta and Dallas. We will be in DC and in Ontario on Sep 24th and other places in between and after that so please check this link and join us.

And don’t forget to turn out with a huge group on October 12th. Some new theaters have been added and there will be hundreds more before the release so keep checking our website. For group tickets and theatre buyouts please write to Jackie at [email protected]

We are having an amazing response to our pre-screenings – just go to our Facebook and Twitter page to see the wonderful reviews from those who have already seen Gosnell.