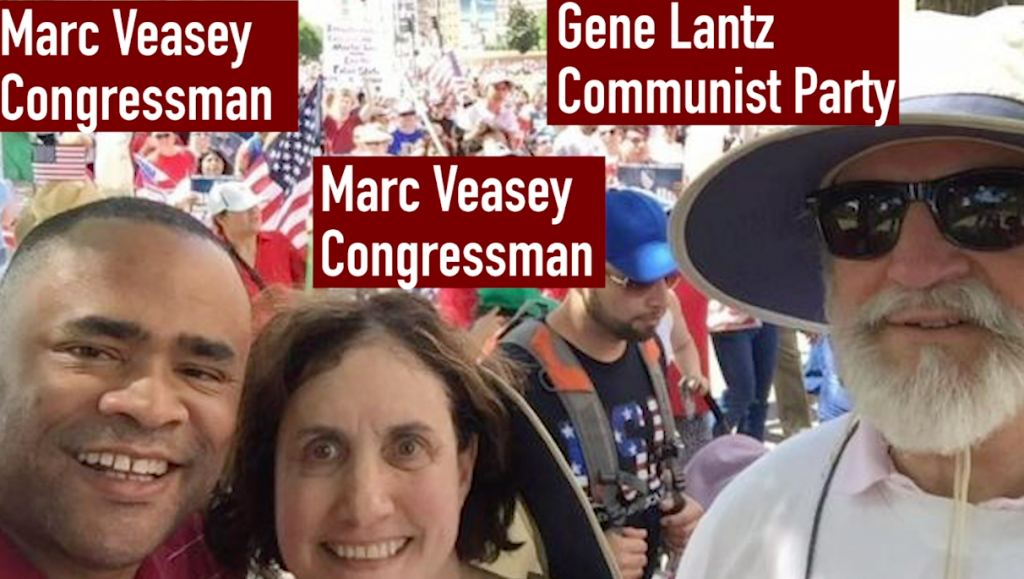 This week Trevor Loudon exposes U.S. Rep. Marc Veasey, D-Fort Worth, who was elected in 2012 to represent Texas’ new 33rd Congressional District. Rep. Marc Veasey is a member of the House Armed Services Committee, which has legislative oversight of America’s military. As you will see in the video, Congressman Veasey is working hard to bring illegal aliens into the military and founded the “Voting Rights Caucus,” all while working with members of the Communist Party USA through their front group, the euphemistically-named “Texas Alliance for Retired Americans.”

In 2016, New Zealand author and film-maker Trevor Loudon released his full-length documentary The Enemies Within, which exposed a shocking number of United States Senators and Congress members who pose a security risk to America. These elected officials were all tied to hostile foreign powers, anti-American Marxist groups or fronts for the pro-terrorist Muslim Brotherhood.

Trevor has made a “short list” of 59 Congress members and 19 Senators who likely could not pass a basic security background check.

Unfortunately, there are no security checks for Congress members, so the United States is now suffering the consequences of highly untrustworthy people serving on sensitive Congressional Committees, including Armed Services, Homeland Security, and Intelligence.

These are the “Enemies Within.”

Trevor has made a series of 90-to-150 second mini-documentaries exposing these people. He is releasing them in batches every Thursday night on TrevorLoudon.com at 8 pm EST up until election day. Others may be released at appropriate times after the election.

Please embed these videos on your blog, tweet them to your followers, post them to Facebook, or personally email them to friends, relatives and colleagues. Every American voter needs to see these videos. If more Americans understand how badly they are being betrayed by their own elected representatives, they can help “drain the swamp” themselves, directly through the ballot box.

NOTE: Some have mentioned having difficulty seeing the video below – If you see a blank space, click on it. If that does not work, please leave a message in the comments. Thank you.

Judge Kavanaugh Intends to Fight for His Honor