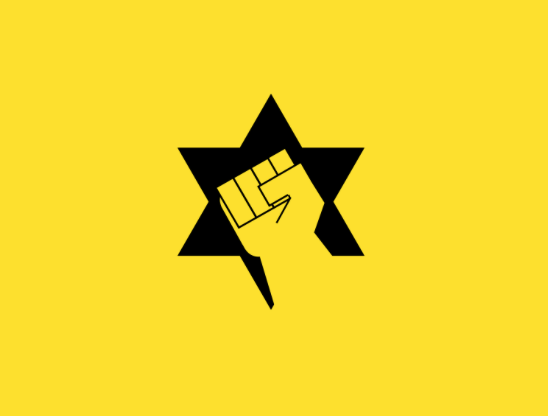 Anti-Israel activist Peter Beinart had spent years arguing that Hamas was a potentially moderate organization. Then when he was questioned at Israel’s Ben Gurion Airport, he played victim.

But as Caroline Glick notes, there was every reason for Israeli authorities to question Beinart’s visit, because the anti-Israel BDS activist had participated in anti-Israel protests in Israel. Beinart was not, despite his claims, detained. He was asked about his participation in that protest by the Center for Jewish Nonviolence. The Center, despite its name, is used by Jewish Voice for Peace members, a BDS hate group, which also, despite its name, advocates for and supports terrorists who attack Israel.

JVP members are on the banned list. Beinart had participated in a protest organized by a group that it used as a vehicle. So it’s completely normal that he was asked about it just as visitors to this country are asked about their membership in prohibited organizations such as the Nazi, Communist and other totalitarian parties. The BDS blacklist that bigots like Beinart rave about is no different than the United States blacklist on anyone who “has used a position of prominence to endorse terrorism.”

JVP declared that it was proud to host Rasmea Odeh. Odeh had been convicted of a supermarket bombing in Israel that killed Edward Joffe and Leon Kanner: two Hebrew University students. It called the terrorist an “inspiration” and used the hashtag, #HonorRasmea. That’s using “a position of prominence to endorse terrorism” which gets you banned from both the United States and Israel.

Beinart writes for The Forward, a paper notorious for attacks on Israel and Jews that veer into the anti-Semitic. Typically anti-Semitic Forward headlines include, “3 Jewish Moguls Among Eight Who Own as Much as Half the Human Race” and “Why We Should Applaud The Politician Who Said Jews Control The Weather.”

“He is largely blind to the harm Jews cause,” Beinart railed against Wiesel in terms ominously similar to those used by anti-Semites. Israel, he claimed, “leads gentiles of goodwill to fear that if they criticize Israel they’ll be called anti-Semites.” Peter Beinart or Richard Spencer: who wore the bigotry best?

But the gauzy line between anti-Zionism and anti-Semitism is if anything even thinner among obsessive Israel bashers of Jewish origin like Beinart or The Forward’s Jane Eisner, its radical editor who stripped the lefty tabloid of its Jewishness, but not of its poisonous hatred of Jews. On the cocktail party circuit, Beinart is misleadingly billed as a ‘liberal Zionist.’ Like the Holy Roman Empire, he’s neither a liberal nor a Zionist. Neither liberals nor Zionists excuse Hamas or blame the victims of terror for their own deaths.

Terrorism is a “response to Israel’s denial of basic Palestinian rights,” Beinart has insisted. It’s “the Israeli government is reaping what it has sowed.” His vicious hatred of the Jewish State is matched by his crush on Hamas. “Hamas is the final frontier,” Beinart bloviated in 2009. “A shift in US and Israeli policy towards Hamas is long overdue,” he insisted in 2011. And seven years later, it’s still overdue.

Recently in The Forward, Beinart compared Israel’s embargo on Hamas to Soviet gulags and Hiroshima. American Jews, he poisonously insisted, were responsible for “the strangulation of 2 million human beings.” (Much of the column is actually recycled from a 2014 Beinart column. This self-plagiarism is typical of Beinart who hasn’t said anything new in a decade. He only says it more shrilly.)

In that same column, Peter Beinart blamed Israel for not having “embraced” a Hamas government. Unlike Israel, Beinart has embraced Hamas and spent a decade blaming Israel for not following suit. Beinart castigates American Jews for giving Israel the benefit of the doubt, but that’s exactly what he does for a genocidal Islamic terrorist organization that has been killing Jews, in its Muslim Brotherhood incarnations, before the Gaza blockade, before the Six Day War, and before an independent Israel.

Like most anti-Semites, the anti-Zionism of Beinart, The Forward and most of the anti-Jewish Jews is a pretext. Bashing Israel is just an excuse for bashing Jews. It’s why Beinart’s critique of Wiesel’s position on Israel quickly becomes a discourse on Jewish power and the “atrocity” of the Purim story.

It’s why Roger Cohen’s New York Times column praising Beinart’s attack on Zionism was titled, “The Dilemmas of Jewish Power.” Jewish power is the theme that Beinart returns to again and again in his attacks on the Jewish community. It’s also the theme of The Forward’s clique of Jewish bashers. And it’s the quintessential theme of anti-Semites on the left and the right, Jewish and non-Jewish.

Reducing the question to Jewish power is a classic leftist formula for legitimizing anti-Semitism. The left is not concerned with questions of right and wrong, but with power and powerlessness. Every leftist critique of Israel takes the same microscopic view, ignoring history and context, zooming in on the relative strengths of Hamas and the IDF, the GDPs of Israel and Gaza, while ignoring over a thousand years of Muslim persecution of Jews, and the Muslim world that stands behind Hamas, and announcing that might makes wrong. But Beinart and The Forward take that formula way beyond the green line.

Their critique of Jewish power is the same in America as it is in Israel.

When a black Washington D.C. councilman affiliated with the left claimed that Jews control the weather, Eisner’s Forward published not one, but two defenses of his hateful views, by attacking Jews.

“We are pretending Jewish education is showing our brutal historical treatment in ghettos — while in the same breath stepping over today’s ghettos to do so, and attacking a man representing one of them,” Rafael Shimunov railed against Jews with, “300 times his wealth, and 1,000 times his privilege.”

Shimunov wears multiple hats. He’s a top dog at the Working Families Party which was an ally of the weather control councilman, and a member of the anti-Israel hate group, If Not Now, dubbed by Beinart in The Forward as a Jewish Black Lives Matter. But If Not Now disavowed Beinart’s praise. BLM claims to stand for black lives, while If Not Now isn’t fighting for Jewish lives. It’s fighting to destroy them.

Whether it’s Hamas or an anti-Semitic council member, the left’s argument is the same. Bigotry and murder are only wrong when practiced by the powerful against the powerless. Instead of defending themselves or protesting, Jews must realize that they are the guilty ones because of their power.

The left has two types of identitarian movements. Those of the powerless take power. And those of the powerful destroy theirs. Jews have been marked as a powerful group. The only Jewish movements that the left will tolerate are those that, like If Not Now, are dedicated to the destruction of the Jews. That’s why a leftist Jewish civil rights organization is an impossible contradiction in terms.

It’s not about Israel. It’s about Jews.

To understand how the left sees Jews, make one simple adjustment to their lexicon that strips away a common euphemism. When Forward editor Jane Eisner wonders, “Are African Refugees Paying The Price Of Jewish Power?”, the right way to read that is to spell “Power” as “Evil.”

Behind the special pleading, the foaming outrage, the laughable invocations of Jewish tradition and morality, Beinart, Eisner, The Forward and Jewish Voice for Peace are working off the same Marxist critique of Jews. Israel’s crime and that of its Jewish supporters, they contend, is that its self-interest has corrupted Jewish morality. The only way to redeem the Jews is to destroy Jewish self-interest.

Only by abandoning their self-interest, their power, even their survival, can they atone for what Marxist anti-Semites, from their great bearded master on down, see as the ‘original sin’ of the Jews.

Marx saw Judaism as the embodiment of Jewish self-interest. For the latter-day left, for whom Judaism doesn’t exist, Israel is Marx’s embodiment of Jewish clannish power. Like Marx, the anti-Israel left is convinced that Israel corrupts and controls America. Even, echoing the old leftist anti-Semite, that America is becoming like Israel. Destroying Israel will liberate Jews from their selfish Jewishness.

Peter Beinart, The Forward and JVP aren’t putting forward bold new ideas. Their Jewish sources are not, as they claim, the prophets of Israel or the Kotzker Rebbe, but the original prototype of the anti-Jewish Jew. Their prophet is the pathological anti-Semite who raved, “What is the secular basis of Judaism? Practical need, self-interest. What is the worldly religion of the Jew? Huckstering. What is his worldly God? Money.”

Over a century and a half later, Marxist criticism of the Jews has made few innovations, replacing Judaism with Israel, and to a lesser degree, money with power. Leftist anti-Zionism is so hard to distinguish from anti-Semitism because its roots are still in the same anti-Semitic Marxist sewer.

Karl Marx was right about one thing. There is a struggle between Judaism and the left. For the left to win, Judaism must be destroyed. And Beinart and The Forward are still waging his war on Judaism.

And the Jews of Israel are winning through the traditional Jewish strategy of surviving. Every Jewish child born in Israel, every Jewish home that rises on a hill, is a defeat for Beinart, The Forward, and the left.

Is it any wonder that Peter Beinart can’t stop making the case for Hamas?

Does the Church Need Married Priests to Serve the People of God?

Anni Cyrus: Sold By My Father Into Child Slavery Under Islam