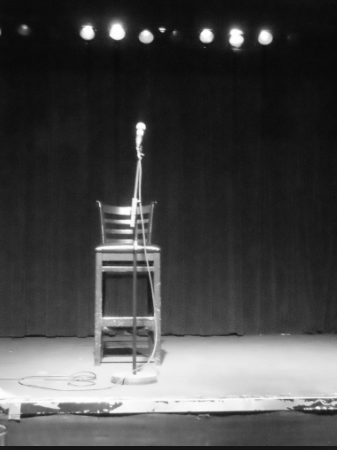 Norm MacDonald was getting his hair and makeup done for The Tonight Show when the comedian was told by Jimmy Fallon, the show’s host, that he wouldn’t be going on.

It wasn’t the first time that NBC had booted Norm.

During the Saturday Night Live era, he had been fired from the show for repeatedly calling O.J. Simpson a murderer to the displeasure of NBC brass who had an extensive relationship with the murderer. Last time around, NBC had shoved Norm out the door for assuming O.J. was guilty. (After the verdict, he had famously joked, “It’s finally official: Murder is legal in the state of California.”) But this time, Norm was shoved out for questioning the #MeToo lynch mob and its ‘verdict first, trial second’ lynch mob.

“I’m happy the #MeToo movement has slowed down a little bit. It used to be, ‘One hundred women can’t be lying.’ And then it became, ‘One woman can’t lie,’” Norm Macdonald had joke. “And that became, ‘I believe all women.’ And then you’re like, ‘What?’”

Then he expressed sympathy for Roseanne Barr, who had given him his first writing job, and Louis C.K.

‘What’ is now several apologies, a canceled appearance on The Tonight Show, and pressure on Netflix to cancel Norm MacDonald Has a Show, his latest series.

The outrage machine is going through its usual paces. And the target this time isn’t a comedian who did anything wrong, but who questioned the credibility and tactics of the outrage machine.

“I have so much pressure from so many people,” Jimmy Fallon told MacDonald. “Senior producers are crying.”

Fallon would know all about pressure. The knives had come out for him after a lighthearted interview with Trump early on. The left attacked Fallon for not attacking Trump. Like Norm, Fallon became a casualty of collateral outrage. His crime was not joining in with the lynch mob.

And it’s understandable that he didn’t want to be seen making the same mistake twice.

It’s no coincidence that many of the lynch mob’s targets have been comedians. There’s nothing fanatics hate more than being laughed at. And so the left is replacing comedy with the tyranny of the unfunny.

“The most radical thing Hannah Gadsby does in ‘Nanette’ is simple: She stops being funny,” The Atlantic raved. You’re not supposed to laugh at Gadsby, but cry and be outraged at her life of oppression.

Laughing at her identity politics tirades is a hate crime.

The leftist tyranny of unfunny turns comedy into a tirade. You don’t laugh at it; you applaud its hostility to all the wrong people and then cheer its courageously daring recitations of leftist tropes. Like a noose, ideology first weaponized comedy into a tribal tantrum and is slowly choking off the funny part. The distinction between making jokes about Trump and ranting about Trump has long since been eroded.

The politicization of comedy pioneered by trolls like Jon Stewart and Stephen Colbert didn’t just reduce the quintessential art of dealing with the existential problems of humanity to a political rant; it assumed that all comedy was political. If you were making a joke, it had better have the right message. Or else.

There was no such thing as an apolitical joke. Humor was a tribal test. One that Norm MacDonald failed.

And the new political comedy has no room for going off message.

Three years ago, Jerry Seinfeld noted that professional comedians are avoiding college campuses. “You can’t even be offensive on your way to being inoffensive,” Chris Rock observed.

Comedians might trade in stereotypes and shock humor, but only to condemn them.

Writers had bypassed censorship in countless tyrannies by contending that the immoral vagaries of their art were only a means to a righteous end. If they portrayed evil, it was only to show its defeat. If they invoked immorality, it was only to ultimately uphold virtue. (And if their tale seemed to linger more on the former than the latter, that too was a necessity.) And comedians had to say offensive things to relay the leftist worldview to their audiences, briefly challenging it, only to ultimately reaffirm it.

But now the left won’t accept anything short of total compliance with its speech codes.

There was, as Jimmy Fallon found out, only one correct approach to take to Trump, raging hatred. And you can make any joke you want about the #MeToo movement, as long as it’s aimed at its targets.

The one thing you’re not supposed to do is question a movement which claims that no one ever lies. (Except the people it accuses.)

Saying those types of things is exactly what comedians used to do. That’s what made them dangerous.

Comedy is becoming safer for audiences (at least urban audiences on the left who check the headlines each morning to find out what they’re supposed to believe) and more dangerous for comedians. Echoing the party line doesn’t make for great comedy. There’s only so many ways to tell jokes about how stupid the capitalists are and their ignorance of the eventual glorious triumph of Communism.

Leftist tyranny is born out of creative ferment and then locks it away once it wins.

The left exploited the destructive powers of comedy to take apart the values and convictions of society. But now that it won the culture war, it wants comedy control. And that’s just not funny.

The new era of unfunny leftist tyranny is purging comedians and replacing them with angry activists who do talking points, not jokes, who rant about their causes and their politics, but who are as humorless as any fanatic underneath the forced grin that they occasionally have to wear in front of the cameras.

“It’s weird that you can commit murder and go to prison and do your time and then everybody goes, ‘He’s done his time, he deserves to work, how dare you treat him as less than you just because he murdered a guy,’” Norm MacDonald wondered. “And yet the Twitter mob, there is no sentence for it.”

There is a sentence.

“Out of sensitivity to our audience and in light of Norm Macdonald’s comments in the press today, The Tonight Show has decided to cancel his appearance on Tuesday’s telecast,” Fallon’s failing show announced.

Audiences don’t go to comedy shows to have their sensitivities catered to. But in the unfunny tyranny of the left, everything is sensitive and nothing is funny. The ethos of the campus, its safe spaces and trigger warnings, its monotonous recitations of political agendas and endless outrage machine with its Twitter social justice guillotines, is everywhere now and pervades every single thing.

Jimmy Fallon’s retreat won’t save him. And neither will Norm MacDonald’s apology. No matter how much Fallon attacks Trump, he has never been forgiven for his original sin of not being one of the mob.

The outrage machine never forgets or forgives. If it fails once, it bides its time and tries again. It can’t be appeased. Giving it power only feeds its fury and hate. The only thing you can do is laugh at it.