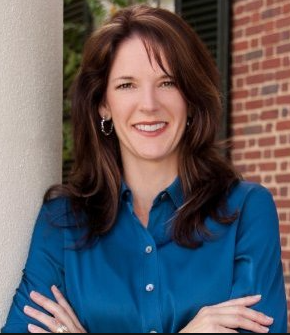 PolitiChicks Exclusive with Michelle Owens, Spokesman for the Center for Prosecutor Integrity

Jenny Kefauver: Can you shed some light on the leftward turn on the leadership at the DOJ? I just find it so disturbing that this is an agency that is supposed to protect us. Does it mean that Attorney General Jeff Sessions is toast?

Michelle Owens: I don’t know that it’s Sessions….and this just my opinion. The country is so divided that it’s leaked into organizations that are supposed to be not partisan. And believe it or not, SCOTUS is one of them. I don’t think the rank-and-file know what’s going on…it’s at the top somewhere…it’s either everybody knows or several people know. Or maybe it’ just one or two people. But they are just slowly letting the leftism creep in and it’s a little insidious. The way that the Center for Prosecutor Integrity discovered some of this is because they recorded a grant to an organization that basically undermines due process.

The DOJ can give money out, but not to something that undermines what our country stands for. So they are doing that. Now, whether it’s because they didn’t research it, or because they know it, we don’t have any proof either way. I think they know it and I think it’s somebody who is supporting this leftist movement for women because it’s to an organization called ‘End violence against women International” campaign. They are the ones who did the ‘Start by believing’ campaign, who are still doing it and the #MeToo. They are behind all of that. And they get money from our own DOJ to support that. It’s not good, because when you start by believing it means that you are believing there is a victim and that she says ‘John Doe raped her’, that you start out believing that, which means we are now under the influence that one is guilty until proven innocent.

JK: When did this ‘Start by Believing’ campaign actually begin? I actually had not heard a thing about of it until you mentioned it. You’re telling me this started inside DOJ? That is outrageous!!

Michelle Owens: Well, sort of. I mean, it didn’t really start inside DOJ but it assisted it as they funded the parent nonprofit, which is the End Violence group. They got money from DOJ. And with that money they did this ‘Start by Believing’ campaign and it’s at college campuses, so you might not have heard of it unless you’ve been on a college campus. But it is also going through police departments and any kind of justice department throughout the United States – they are getting information on the best way to conduct interviews [on sexual assault] and it’s coming to them in different forms.

JK: In my opinion, it‘s seems like DOJ has turned leftward under the Obama Administration?

Michelle Owens: I think it started before that – everything is very divisive, very left…he made big changes that we look more like a socialist country in so many ways and it’s continuing to happen. Even when the person leaves, the policies still stand. A lot of Obama’s policies are still in place.

JK: It seems like it’s going to take a long time…we’re so intertwined with his Deep State. Am I Correct that this is part of the Deep State?

Michelle Owens: It is. It would take some people who really don’t believe in having partisan, and that’s hard to find, even on the right now. We need some non-partisan types to step in and I’m not sure if we have anyone who would be able to do that.

Michelle Owens: Someone from outside the government….I’m sure there are some people in the Senate that are pretty non-partisan. What is my ideal is somebody that represents our country that is elected by our voters but they do what they know is right. They don’t look at whether it’s left or right but whether it’s in the best interest of the country.