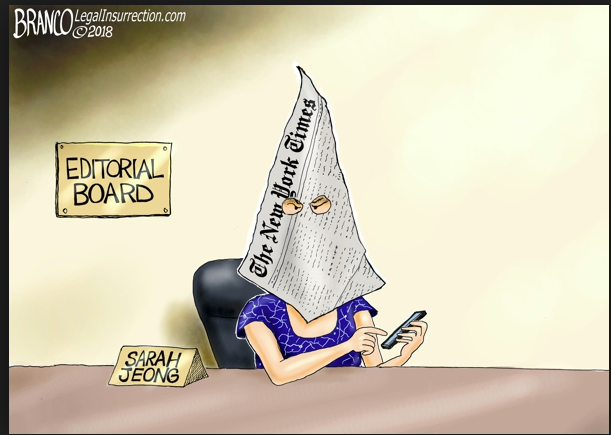 An article date September 1, 2018, entitled “Agents Tried to Flip Oligarchs. Fallout Spread to Trump” suggests by its headline that somehow when the F.B.I. attempted to turn Russians into informants that they somehow turned up more connections to President Trump.

Unfortunately for the government, such was clearly not the case. But the New York Times (NYT) followed the headline with a lengthy and repetitious narrative that frequently made negative references to the President and his supporters as using various facts as a basis for suggesting that Robert Mueller’s investigation was a “witch hunt.”

While the references to the President did not come right out and say that his beliefs regarding the investigation were wrong or ill-advised, the rhetoric used made it clear that those beliefs were not justified or correct in the eyes of the writer.

References like [referring to F.B.I. Agent Bruce Ohr as] “… recently become a target of attacks by Mr. Trump,” as well as “But the fallout from the [unsuccessful] efforts [to connect the Trump campaign to Russia] is now rippling through American politics and has helped fuel Mr. Trump’s campaign to discredit the investigation into whether he coordinated with Russia in its interference in the election.” And…

“The revelation that Mr. Ohr engaged with Mr. Steele has provided the president’s allies with fresh fodder to attack the investigation led by Robert S. Mueller III, the special counsel, casting it as part of a vast, long-running conspiracy by a “deep state” bent on undermining Mr. Trump.” And finally, …

“In their telling, Mr. Ohr and his wife … are villainous central players in a cabal out to destroy the president.”

If one reads the entire piece, it becomes apparent that they have wasted several column-inches of newsprint telling everyone that in spite of repeated failed efforts by the F.B.I, over several years the investigation has produced not one useful iota of information that in any way connects the Trump campaign with any aspect of the alleged “collusion” of Russia in the 2016 election. In spite of that, any reference to President Trump is made to appear that his argument that the investigation is intended only to discredit and disrupt his campaign is some kind of wild conspiracy theory full of “villainous central players:” and “deep state” antagonists. Where does this article provide one word indicating that any “fallout” has “spread to President Trump.” Looks to me like they missed their target completely.

We have now reached the period preceding the November mid-term elections in which it is generally accepted that reports from the investigation would have a detrimental effect on that election if revelations are delayed beyond this weekend.

Still, the Mueller investigation is silent and without evidence with which to substantiate the reason for its existence. The only remaining question to be answered is one, whether Mueller, known to have a strong dislike for President Trump that pre-dates his appointment as a special counsel, will use his virtually unfettered power to hold the mid-term elections hostage to announcements or pronouncements right up to the first week in November. Or two, whether he will accept the fact that he has milked his federal salary long enough and will report to Congress that his investigation has resulted in two dozen useless indictments of Russians who will never see the inside of a courtroom, one tax and bank fraud case that took place years before the defendant had any connection to the Trump campaign, and one spineless and unscrupulous attorney that attempted to sell out everyone around him to save his skin while violating attorney-client privilege in doing so. In spite of that, the lawyer Cohen’s efforts have still failed to produce anything that is a crime committed by anyone close to or by President Trump.

Some say, “Where there is smoke, there is fire.” In this case, it seems that the only smoke being blown is by Democrats and the New York Times working overtime to undermine or overthrow the duly elected President of the United States, without one shred of evidence but a whole lot of innuendo. Anyone who reads the article knows the intent. It is sad to see such an institution as the New York Times deteriorate to the extent that honest, objective journalism cannot be found anywhere within its pages (excluding the classified ads, of course).

Part 4 of 4: The Democrat Party’s War On America and the Constitution

Hear YE Hear YE! According to Jake Tapper, The Golden Age of Journalism is Here