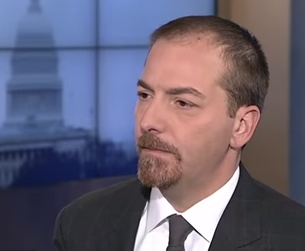 Recently I wrote about Jake Tapper proclaiming the current times we live in as the “Golden Age of Journalism”. This is, of course, laughable. And now we have one of those so-called golden journalists, Chuck Todd, writing a combative piece calling for the media to fight back against the fake news accusation.

Apparently Todd, the journalist in the plastic bubble, is all out bent out of shape because there is antagonism against and mistrust of the mainstream media (meaning the liberal media). Oh no! He claims there is a “campaign to destroy the legitimacy of the American News Media.” And who does he blame for this? The usual suspects of course: Fox, Rush, Hannity, etc:

“Some of the wealthiest members of the media are not reporters from mainstream outlets. Figures such Rush Limbaugh, Matt Drudge, and the trio of Sean Hannity, Tucker Carlson, and Laura Ingraham have attained wealth and power by exploiting the fears of older white people. They are thriving financially by exploiting the very same free-press umbrella they seem determined to undermine.”

Wow is Chuck Todd jealous or what? This is so ridiculous. You want to talk about exploiting people’s fear? How about the global warming hoax that the media has been scaring everybody with for over 30 years. If it were true we should all be dead by now. And the leftist media exploits the fears of blacks and Hispanics constantly by calling Trump (or any Republican) a racist who will take us back to the days of slavery. Or women as they are doing with the Kavanaugh nomination and saying he will roll backs women’s rights. It’s utterly absurd!

I don’t watch Fox News simply because I don’t get it in my basic cable package. But I don’t need Fox to make an informed decision that the liberal media in general is full of (fill-in-the-blank…). As for Rush, he daily exposes the media lies and group think simply by playing clips of what they are saying. It’s like group think. And as Kevin Jackson pointed out in my recent interview with him:

“It’s all written for them. Some agenda-setter on the left is setting the agenda. Here’s the talking points that every news outlet is going to use today. And they hit a button and all those things go out all across the nation. And they all say it the same way. If you think a news anchor is going into the job early, grabbing a newspaper or getting onto google news and looking at it and saying “Oh, this is an interesting story” you are completely out of your element. That’s already been done by a group of millennial, 30 somethings at best, who are putting together the news cycles. These snowflakes who need trigger warnings and cry closets are the ones putting that stuff together. And the TV anchors do nothing but read it. That’s it. And that’s the news cycles.”

That may explain people like Brian Williams making false claims about himself. He’s just reading his “character’s” lines!

But Todd’s biggest beef (obsession?) is with Roger Ailes:

“From the very beginning, Ailes signaled that Fox News would offer an alternative voice, splitting with the conventions of television journalism. Take the word balanced. It sounded harmless enough. But how does one balance facts? A reporting-driven news organization might promise to be accurate, or honest, or comprehensive, or to report stories for an undeserved community. But Ailes wasn’t building a reporting-driven news organization. The promise to be “balanced” was a coded pledge to offer alternative explanations, putting commentary ahead of reporting; it was an attack on the integrity of the rest of the media. Fox intended to build its brand the same way Ailes had built the brands of political candidates: by making the public hate the other choice more. Ailes greatest gift as a political strategist lay not in making his clients more electable, but in making their opponents unelectable.”

How dare Fox try something new in journalism! And I guess “balanced” is the new dog whistle, wink wink. Actually what Fox has done, and is doing, is balancing the irrational liberal spin machine of all the other networks with level headed analysis (in most cases). After all, it’s not Fox who constantly portrays Trump as racist, crazy, Hitler, stupid, a bully, a patsy etc depending on what fake news story they are covering. The liberal media reporting facts? That’s a good one! And by the way, Ailes didn’t need to make your candidate look bad in 2016. Hillary did that on her own.

“Much of the current hand-wringing about this rise in press bashing and delegitimization has been focused on the president, who—as every reporter in America sadly knows—has declared the press the ‘enemy of the people.'”

No, actually what Trump has consistently said is that “Fake News” is the enemy of the American people. Todd can’t even get that right! (Or is he admitting that they are fake news?). And you have pretty much delegitimized yourself without any help from Trump.

Then Todd addresses mistakes by the media (they make mistakes?):

“There’s not a serious journalist alive who hasn’t had one of those “gulp” moments when you realize that you really messed up. But serious journalists correct the record, serious journalistic organizations allow themselves to be held to account, own up to mistakes, and learn from them so they can do a better job the next time.”

That is an incredible statement in light of recent events. Has NBC “owned up to their mistake” of squashing the Weinstein sexual harassment story? How about CNN? At last check they still stood by the fake “Trump knew about the Trump Tower meeting”. And Dan Rather still won’t admit his lies about President Bush. And it was just a couple of weeks ago that you, Chuck Todd, called for Paul Ryan and the GOP Congress to impeach Trump. That’s not a mistake. That is a journalist involved in political activism. Just following in the footsteps of Cronkite I guess (most trusted man in America? HA!).

“I’m not advocating for a more activist press in the political sense, but for a more aggressive one. That means having a lower tolerance for talking points, and a greater willingness to speak plain truths. It means not allowing ourselves to be spun, and not giving guests or sources a platform to spin our readers and viewers, even if that angers them. Access isn’t journalism’s holy grail—facts are. “

In other words you will be increasing your intolerance for anyone who thinks differently than you do. Which will further solidify American’s view that you are biased and fake. And btw you guys let yourselves be spun all the time by the left. Does the name Omarosa ring a bell? Anyone who will say “boo” about Trump is welcomed on the major networks.

So to sum up, here’s a paraphrase of what Chuck Todd is really saying with this article:

“We used to have a monopoly on journalism and control what people think until that mean old Rush Limbaugh,Roger Ailes and conservative media came along and messed it up. And it’s just not fair! Waaa waaa waaa. And I’m going to hold my breath and stomp my feet to get attention.” 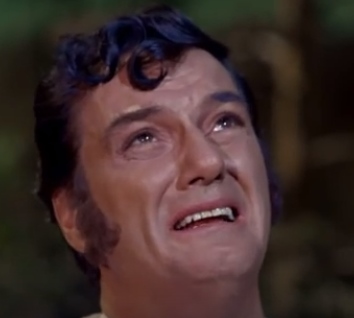 Reminds me of Trelane from the Star Trek episode “The Squire of Gothos” after Captain Kirk defeated him and his “parents” called him back home:

I think someone needs a timeout.