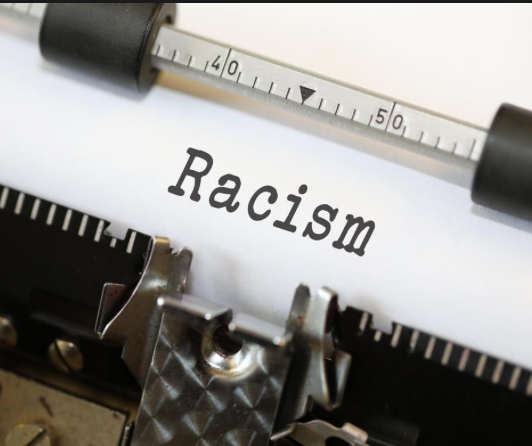 This essay is not to be politically correct.

I preface this clear and unequivocal statement because I have experienced interactions with a variety of people from diverse ethnic backgrounds and have never had any problem getting along with anyone when we both came at the relationships as equals.

I can also say without hesitation that, yes, there are still a small percentage of people in both the United States and Canada (and other locations, too) that remain of the opinion that some races are superior to others. This is unfortunate. As I have said previously, there are differences between cultures as they relate to traditions, advancements, and mindsets that place some cultures on a less secure footing than others, but each person must decide for themselves who they are and how they fit into the world as it is, not as they wish it would be.

Enter the politically correct world of “equity” and “social justice.” An article that appeared in the Daily Wire last November (here) describes what happens when a culture caves in to the demands of others who expect to be treated as “special” and demand that the host culture bend to their racist will. You see, to me, racism is not confined to white-on-color behavior. Racism is the belief that one race is better than another. Period. It can be a condition that afflicts anybody on the face of the earth regardless of the race of the person.

In this case, an “Afro-Indigenous” performance artist (her words), interrupted her stage act in Nova Scotia to demand that women of color be moved to the front of the concert hall and white women and white men were directed to move to the back of the hall. Her arguments to justify that demand were ludicrous at best and all based on racism and feminism as well. Apparently, on previous occasions, the compliance rate within her audiences was high and she went on with her act. In this case, a photographer hired by the venue declined to move from her position near the stage and caused the artist to become agitated and angry. After complaining that her “set time” was being squandered waiting for the audience to comply with her demand the photographer eventually left the venue and the rest of the audience must have complied.

What is the lesson from this rather bizarre behavior? Societies that succumb to the demands of political correctness and racist minorities who see themselves as forever persecuted and socially denied face a bleak future as repeated successes at such demands continually ratchet up the future expectations. We have seen this in America with the BLM movement, the riotous behaviors in Baltimore following claims that police behavior resulted in the death of a detainee (when, in reality, the injuries sustained were the result of a misguided attempt on the part of the detainee to self-injure in hopes of being able to blame the police for his injuries), and the periodic calls for “reparations for slavery” that place responsibility for something that happened in America 150 years ago or longer on today’s society when nobody alive today has been guilty of any act of slavery. The demands to destroy long-standing monuments to the veterans of the Civil War in an effort to “erase history” is another notable example of these excessive demands.

When is enough, enough? Why is it that the varied backgrounds of the people of Canada and the United States cannot acknowledge the failures of our societies in the past while agreeing to move forward together without one making repeated demands of one sort or another that continues to suggest that an entire population is automatically racist simply on account of their being born with a different amount of melanin in their skin? And when will the demands to make one part of society grovel and beg forgiveness for deeds that they personally never committed?

We all bleed red and once one cuts through the skin, there is virtually no identifiable difference in our muscles, bones, nerves or brains. The minute differences in our DNA are of no consequence to our existence together.

The people of Nova Scotia, by capitulating to such demands as that artist displayed will simply perpetuate the idea that where it succeeds, it will continue. That is something that everyone should consider carefully.

The photographer in the story was the one person who acted responsibly in this entire scenario. She stood her ground because she had not done anything wrong, and, in fact, really should have been left free to move around as she found necessary to do the job she was hired to do. Instead, the weak-kneed managers of the venue fired the photographer because she did not acquiesce to the ridiculously racist demands of the performer.

No, this essay is not politically correct. Political correctness is very likely going to result in the demise of many communities and societies. People should come to realize that we all have an obligation to treat each other fairly and as equals, but we do not owe anyone for anything that is based on another person or persons’ errors in the distant past. When you see actual racism of any sort, call it out for what it is. Eventually, even the small vestiges of racism remaining within our societies will disappear when they know there is nowhere to hide any more. Until then, let’s just all learn to get along and acknowledge that in countries such as Canada and the United States we are fortunate that individual freedoms allow us to pursue our own successes and desires more freely than many other places in the world. It also provides us with more opportunities to exercise personal responsibility in how we pursue those dreams and how we treat the people around us. It is an important lesson that people of all races really need to learn.

Daniel Greenfield: The Democratic Socialists of America and Their Anti-Semetic Problem

Stuart Kaufman: This Too Shall Pass