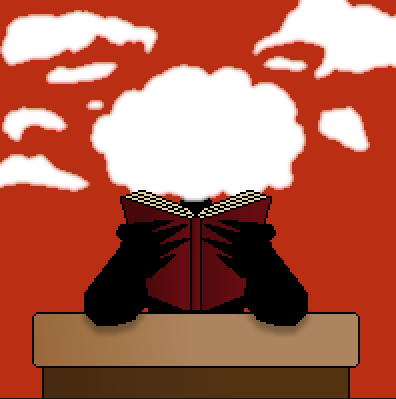 As is predictably true, EdWeek Newsletter provided a truly remarkable Editorial this week that illustrates what teachers and education elites frequently if not always deny – the inordinate amount of left-wing bias in the teaching of ‘history’ in today’s public schools.

The article, “What the Post-Truth Trump Era Looks Like From My History Classroom,” starts right off in the first two paragraphs in a bit of hyperbole regarding all the different topics of discussion that seem to be cause for concern about what students should believe.

Among the list: treatment of Native Americans, the legacy of slavery, income inequality, or civilian ‘collateral damage’ in the War on Terror. Oh, and don’t forget all the “lies” told by the Trump administration concerning “climate change.” That list reads like a comprehensive compilation of all the favorite revisionist history subjects of the progressive left.

Here’s their version, followed by reality:

– Mistreatment of native Americans: From the moment we set foot on Plymouth Rock, the invaders from Europe made of point of exterminating the Native Americans.

Uh, no. Arriving settlers made friends with the Native Americans until many of them took pay from the French to attack settlers and wipe out their homesteads as part of the French and Indian War. The hostility from that point on was pointed and long-standing.

– Legacy of Slavery – Even after the creation of our constitution America continued to support slavery and do what it could to protect those who owned slaves. America was evil.

Uh, no. America was like most, if not all, of the world at that time. Slavery was (and still is) widespread in this world except in America and Europe. America was part of the movement to wipe out slavery where ever it existed within its borders and still fights it in other parts of the world as well.

– Income Inequality – All about the evils of capitalism and the benefits of “equal results” which is the cornerstone of socialism.

Uh, no. The capitalistic system as practiced in America has lifted more people out of poverty and oppression than any other economic system in the world. Is it perfect, no. Will any system ever be perfect? No. At least not until government stops trying to choose winners and losers in the business arena. And I challenge anyone to demonstrate where in the world the socialistic system has ever been successful in accomplishing anything other than “equal misery” at the hands of the despotic rulers needed to maintain it.

– Civilian “collateral damage” during the War on Terror – All about the “imperialistic” Americans and their allies indiscriminately bombing civilian populations and hospitals while pursuing alleged terrorists who simply don’t want Americans telling them who not to kill.

Uh, no. How about teaching kids that wars have been and are bad but often unavoidable when bad people do bad things to others and to stand by and do nothing is shameful. America has been blessed with much and has an obligation to help those who struggle under oppression. Unfortunately, as the saying goes, “War is Hell”. It is hell because while trying to help others free themselves of despotic and evil attacks, it can be expected that largely by accident civilian casualties are going to happen. When evil people use hospitals and residences of civilian populations to shield themselves from the other side, it is they who are causing the civilian casualties. What the left is suggesting is that wars can be fought without civilian casualties and that we are at fault for pursuing war as a means of liberating oppressed people.

Recall – Iraq was not attacked by the U.S. until they invaded Kuwait (our ally), U.S forces did not enter Afghanistan until asked to do so by the Afghan government. Al Qaida attacked the U.S. on 9/11. And most to the point…the war on terror is a war with a very ill-defined enemy that does not wear uniforms. It is therefore difficult to know who your enemy is. What has happened in the middle-east is what happens when elitist politicians send our military to fight a war with their hands tied behind their back with Rules of Engagement that restrict winning. It never ends well.

– Climate Change – The East Coast will be underwater yesterday and mankind is completely responsible.

Uh, no. According to U.N. documents that are readily available on-line, the entire purpose of pursuing the “climate change” agenda is as a means of facilitating the re-distribution of wealth to under-developed nations from the industrialized nations through an international transfer of payments with
the U.N. being the facilitating body.

The “science” behind climate alarmism can easily be refuted by any legitimate physicist through the application of the Laws of Thermo Dynamics and the simple fact that the atmosphere of the earth does not function as a “greenhouse” because a greenhouse cannot function as a greenhouse without a roof.

The last time I looked, the earth has no roof. Carbon-dioxide (CO2), rather than being a pollutant, is an essential element of life on earth. Without it, plants would die, and we would die from a lack of oxygen which is largely produced by those same plants and trees. It has also been proven that higher CO2 levels result in greater plant growth (the whole purpose of a “greenhouse.”)

If you want more truth about climate change, go to www.principia-scientfic.org and page through the article summaries. These writers are not taking money from government entities that have already decided what the outcome must be before the research is conducted. Freedom from bias will provide “Principled Science”.

The balance of the article proceeds to list every alleged “Conspiracy Theory” that has ever been mentioned in passing and laments that President Trump is responsible for all the lies. Of course, students are going to question the things they read about or hear about on the news. What is most disturbing is the progressive influence from teachers who do their best every day to convince their students that everything good that they have heard about their country (if they have ever heard anything good) is a lie and one President is suddenly responsible for all of the bad things in America.

Admittedly, at times, our President can and has made comments that might have been inaccurate, but he has also done many wonderful things for America in just eighteen months in office. The economy has rebounded after nearly a decade of stagnation under the progressive left’s policies. Unemployment, particularly for minorities and youth, is at all-time lows. Reductions in regulations have resulted in a growing economy and a business boom. While other markets around the world are still struggling, ours is growing well. How much of that is entering our classrooms.

Most of the faculty at teacher colleges/universities in America are dominated by progressive leftists. 95% or more are leftists majorities. Since the days of Dewey and Zinn, the effort of progressives has been to capture the minds of the youth. Unless something is done to change that, entire generations will continue to be dragged willingly into the disaster that is leftism and socialism. It has failed everywhere it has been attempted. America would be no different.

Abu Jihad: A History of Palestinian Terror and Corbyn