This is Jim Mullen’s third of a four-part article about the new Democrat Socialist Party’s policies, platform, strategies, and ideas. The following bullet points lay out the war on America and the Constitution by illuminating the Democrat Party’s anti-American activities and behavior. Follow him on Twitter HERE. 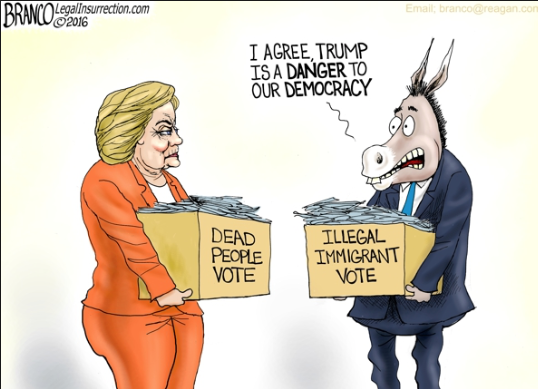 Following the four-part piece, expanded short articles on each bullet point will continue into November. Exposing Pelosi, Waters, Schumer, and the other leftist leaders of the now Marxist Party is essential in enlightening voters of exactly where the Democrat Party stands. When illuminated in the glaring light of truth, one can only hope long-time Democrats will see the anti-American, hate-filled version of the new party for what it really is; and adjust their votes accordingly.

The Democrat Party saw Obama’s election as a mandate to double down on fundamentally changing America into a Marxist state. For the past ten years, socialists, Marxists, and communists have overtly, and with great passion, proclaimed their hatred for America, the Constitution, culture, religion, economic system, and the entire white race. Obama led Democrats from the shadows into proudly proclaiming their allegiance to a despotic revolution.

No group in America exhibits more hate-filled; spewing of poisonous vitriol than Democrats. Nonetheless, academics attack and ban conservative speech. Liberals bluster, attack, and lie to hide the fact they have no ideas; only ideology, and talking points. Consequently, they realize that allowing constitutional ideas to germinate and conservative speech to grow, is hazardous to Democrat ideology.

Unconstitutional interference by the government and a tyrannical grip on education by teacher unions, are the two principal causes for the collapse of the system. Because bad teachers are next to impossible to remove, exceptional teachers must now follow scripted programs mandated by faceless, leftwing government bureaucrats. Adding to the governing body’s idiocy, educators must tolerate stifling union rules, and endure constant interruptions in their classrooms.  Obviously, even the best teachers find it an overwhelming challenge, providing young people with a classical education.

Democrats have literally lost their minds over the prospect that the days might be numbered when they can depend on the courts to legislate leftwing ideology with the striking of a gavel. President Trump’s Supreme Court nominees believe in the Constitution and law. Additionally, with the replacement by the President of hundred of federal court judges, Democrats cannot conceive living in an America with this kind of freedom from government. They call allowing citizens to make their own decisions, tyranny.

Democrats abhor carbon-based anything, and stand against drilling for and transporting oil. Nuclear energy drives them out of their mind, and they want everything powered by unaffordable solar.

“Cap and Trade” became the buzzword, when Obama said, “Under my plan of a ‘cap-and-trade’ system, electricity rates would necessarily skyrocket.”

The final, part four will cover the following:

Dr. Fred Eichelman: My Contribution to the War On Poverty