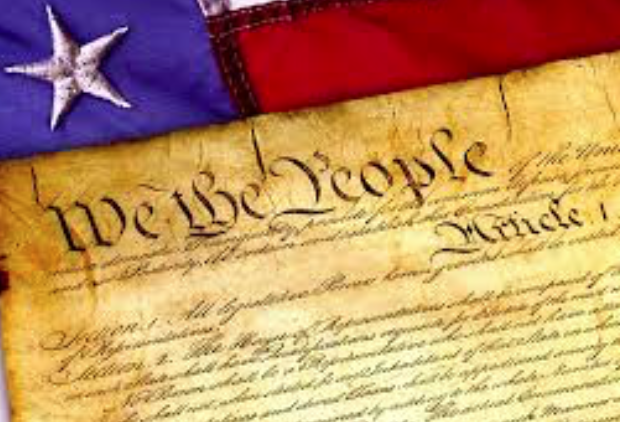 The following is the first of a four-part article about the new Democrat Socialist Party and their policies, platform, ideas, and their war on the Constitution and America. The numerous bullet points list issues, policies, and anti-American activity and behavior by today’s Democrat Party and their leaders.

Following the four-part article, I’ll expound on each bullet point item with short articles that will continue into November. The idea is to expose Pelosi, Waters, Schumer, and the other leftist leaders of the now Marxist Democrat Party. When the light shines upon their actions, policies, and beliefs, one can only hope, long-time Democrats will see the anti-American version of the new party and adjust their votes accordingly.

Communists, liberals, progressives, Marxists, and today’s Democrat Party, are fundamentally collections of anti-American and anti-Constitution revolutionaries. Today’s Democrat Party is not your father’s Party. The vilest elements of the far left hijacked the Party and bear no resemblance to that of JFK.

The United States Constitution is the strong foundation upon which this nation was conceived and founded. Primarily, the founders sought to limit the magnitude and power of government, and expressly define the peoples’ rights and government’s limitations. Colonists suffered unbearable hardships and tyranny under the English crown, and understood what evil, unrestrained men could do to defenseless citizens.

From the beginning of our nation, men conspired to expand government power and terminate the God-given rights guaranteed by the Constitution. Battered and bruised, this precious document and our Bill of Rights bleed from over two hundred years of attacks and attempts by wicked men to throttle liberty. Communists and Nazis of America in the mid-twentieth century knew if the nation kept faith with the guiding principles and laws of the nation, the people would not succumb to their tyranny. Consequently, they organized their propaganda machines around the simple concept of destroying the Constitution.

The Democrat Party is the latest and greatest threat to our freedom. They are at war with everything for which traditional and constitutional Americans stand. Tragically, their goal is the same as their traitorous hero, Barack Obama; fundamentally changing America into a Marxist/communist state. To accomplish this, they must destroy or delegitimize the Constitution and founders. Simply stated, the object is exercising total and complete control over the entire nation and its citizens. Therefore, any person, policy, or entity standing in the way of their tyranny, are viciously assailed by the MSM and the Democrat Party.

After Barack Obama’s infamous quote of his intentions and goals of his presidency to, “Fundamentally transforming the United States of America,” he assembled his coalition of Communists, Marxists and radical terrorists. Having taught Alinsky’s “Rules for Radicals,” to college students, this glorified community organizer used Alinsky’s rules and his race to quell criticism and opposition. Democrats learned that repeated claims of racism send dissenters scurrying for cover into a Democrat-designed political box of silent, inactive dissidents.

Watching, reading, and listening to the policies, practices, tactics, and actions of today’s Democrat leaders reveal everything one must know about the new Socialist Democrat Party. Are they conforming to the original intent of the Constitution? Is this group seeking and promoting freedom, or are they advancing oppression?  Compare your ideals, faith, and convictions with those of Obama, Pelosi, Waters, Schumer, and other radical Democrats?

When you make your decision on that judgment day in November, make it a vote for liberty.  Remember, our founders pledged their lives, fortunes, and sacred honor to form our nation.  Freedom-loving Americans must strike a decisive blow against the tyrannical leftist Democrats. Leftists have the numbers; therefore, patriots must turn out en masse and overwhelm the lawless.

Every elected Democrat increases the power base for radical Democrat policies. If they truly believed in liberty and the Constitution, they would not remain in the party of tyranny.

The following items are the ideas, ideals, policies, talking points, and left-wing strategies that illustrate how far the Democrat Party has plunged over the last few decades. One can readily perceive by their words, actions, and attacks that Democrats suffered a complete separation from patriotic America.  As they wage an overt and covert war on our Constitution and country, remember the following items describe the Democrat Party’s playbook, policies, goals, tactics, and their revolutionary handbook for changing America into a tyrannical Marxist government.

Trump derangement syndrome: When Donald Trump was elected President, fragile darling Democrats sought out cuddly kittens, safe spaces, and contemplated their navels. They quickly realized President Trump was going to destroy their little socialist playhouse. At last, Americans found a leader to stop not only the bleeding of our rights, but actually restoring them. Moreover, he promised to unleash capitalism, restore our place in the global community and put America first. Thus, Trump Derangement Syndrome was born from a realistic fear that Trump would succeed in liberating the nation. Consequently, they resolved to join the MSM and establishment Republicans, in an all-out war to destroy Donald Trump and his presidency.

Marxists are firmly in control of the Democrat Party: Sparks of revolution soar through American streets as rampaging, lawless, anarchists attempt an overthrow of the American Republic.  ‘No Borders, No Profits, No Prisons, No ICE,’ is their new socialist philosophy. Leftists and their useful idiots fully understand the Nazi politician and Propaganda Minister, Joseph Goebbels’ quote, “Whoever can conquer the street will one day conquer the state, for every form of power politics and any dictatorship-run state has its roots in the street.” When you watch and listen to these traitorous, revolution-inspired terrorists; remember they vote Democrat.

Leftist Courts: Democrats historically used strategically placed leftist judges throughout the nation’s court system; including the Supreme Court, to write legislation and promote far left ideology from the bench. The entire gangster party is apoplectic by President Trump’s conservative inroads into the judicial branch of government. Mobilizing every anti-American and culture warrior to engage the threat to their collective, tyrannical form of government, is all-consuming. It’s simply untenable for the left to lose control of the Legislative, Executive, and Judicial branches of government. For decades, they had the courts to undo conservative laws and indeed, the Constitution, by creating new laws out of leftwing vapor.

Gun Control: Fighting tooth and nail against American rights to self-defense, Democrats crave gun-confiscation. Until they achieve that goal, however, they want restrictions on purchasing and when and where one can carry a weapon for self-defense.  The Democrat Party is by far the greatest threat to our Constitutional right to bear arms, and the utmost threat to American lives.

Children and other innocent Americans are being slaughtered; not because of guns, but because Democrats insist that citizens have no right to self-defense.  The slaughter of people living in Democrat-controlled cities with the strongest anti-gun laws proves without a shadow of doubt, that banning guns kill people.

Unconscionably, Democrats know this, but an all-consuming anti-Second Amendment ideology and loathing of any right to self-preservation by the masses, keeps the issue alive for political gain. As always, taking the side of criminals, killers, and terrorists, is more important to Democrats than saving American lives. The giddiness by the MSM and Democrats after a mass shooting gives one the idea they take great pleasure in the suffering and death of others in order to advance their gun-control agenda. The prospect of armed guards or school personnel protecting children sends Democrats and the media into a raging frenzy.