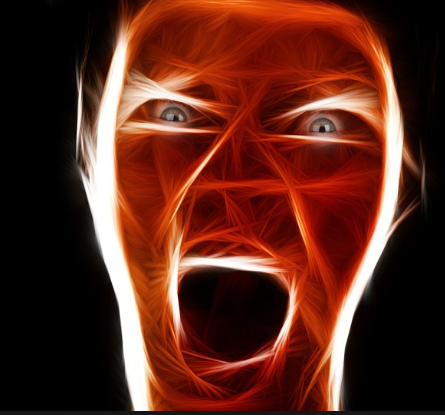 On Monday Tim Teeman writing for the Daily Beast, opened the cage and went wild. With his words, if not his actions. Teeman sees the announcement by Attorney General Jeff Sessions – that the administration has established a task force to ensure that religious freedoms are protected throughout the United States – as some sort of sinister conspiracy by conservatives to push the LGBT community back in their closets and cut them off from buying a loaf of bread or a sandwich at the corner deli. As is often the case with leftist hyperbole, such is far from the case here.

As a Christian, I do not agree with the homosexual lifestyle, believe it to be sinful, and do not particularly like having it thrust into every aspect of entertainment, business, and our churches. However, as a general libertarian constitutional conservative, I also believe that providing “special rights” to one particular group is the antithesis of the entire concept of “equal rights under the law.” I fully understand that I cannot do anything to “outlaw” or do things to place any other person at a disadvantage just out of meanness. It would and should be illegal and certainly un-Christian, but…

Taking some of his arguments “by the numbers,” here’s where I believe Teeman is dead wrong. His “sub-heading” accuses the Trump administration of having a “program of discrimination” against the LGBT community. Leftist-speak translates that into suggesting that LGBT individuals should be treated the same as any other individual without singling them out for special rights and privileges. While the left constantly talks about equity and equality, they pick and choose just how equal some groups should be based on which groups align ideologically with that sort of thinking. Fortunately, in America, this is not the way equality of opportunity works. Equality of results are up to the individual.

Quoting Teeman, “Sessions said this was because there was a “dangerous movement” to erode the Christian right to worship.”

Here is the root of the leftist’ strategy. In recent years “religious freedom” has morphed into “religious worship.” Along with that, apparently, is a shift from protecting religious freedom to protecting religious worship. The latter translates to, “Keep your faith and beliefs bottled up within your church building and out of sight of the public square or any business you may own.” That’s not the way it works. Our constitution does not equivocate when it comes to the First Amendment.

Clearly the intent was to prevent Congress from creating a “national religion” and forcing everyone to follow one faith tradition (something that existed in England back then and was anathema to freedom). The myth of a wall of separation did not and should not ever exist because the writers of the constitution had no such intent in mind. The “free exercise of religion” makes it clear that what was being protected was the right to live one’s faith in all manner of action and tradition as the individual chooses. That is why textual originalism is so important in choosing federal judges. Unless the courts stick to the original intent of the constitution the whole concept of “rights” goes off the rails.

The author continues his screed by suggesting that this “task force” is intended to give a “green light” to business discrimination. Nothing could be further from the truth. Nothing in President Trump’s Executive Order or anything Sessions said has anything to do with discrimination against any particular group be they LGBT, pro-abortion women, or any minority. What he is clearly delineating is a policy that provides equal, not special, rights for all.

The best and most striking example that can be used to illustrate the extremism of Teeman’s view versus the actual reality is the cases brought against business-owners who choose not to utilize their talents for custom products (i.e., custom-decorated cakes, clothing, custom photography, wedding planning services, and the like) in support of activities and beliefs that conflict with their religious beliefs.

In these cases, there is a difference between “off-the-shelf,” mass-produced products and those that require the personal talents of the business owner to create. In every case that has been brought by LGBT individuals against a variety of businesses, the businesses have made it clear that they will sell products or services that do not conflict with their beliefs but draw the line at certain specific activities that conflict with those beliefs. That is, or should be, their constitutional right under the first amendment. Allowing states to craft “anti-discrimination” laws that force a person to violate their beliefs is as anti-American (and unconstitutional) as anything imaginable. Even the people who brought a complaint about the baker mentioned in Teeman’s article admitted that they had shopped at Jack Phillips’ bakery on several prior occasions without any sort of discrimination presenting itself. It was only the issue of producing a custom-decorated cake specifically for a same-sex “marriage” that caused Phillips to decline the request. He also declines request for Halloween cakes, Pro-abortion cakes, and Satanic-themed cakes – all consistent with his faith traditions.

You see, the issues raised by Teeman are not at all about “discrimination”. They all surround progressive ideology that takes advantage of a desire for unequivocal, unqualified, and enthusiastic acceptance as “normal.” It is not enough that people of faith who do not agree with the lifestyle choices of the LGBT community quietly and passively accept that they cannot change or prevent such behaviors. To advance ideology, it is necessary to push non-traditional lifestyles in others’ faces and demand that all celebrate and support those choices enthusiastically.

Unfortunately, those who have allied themselves with the LGBT community have a broader agenda that does not bode well for people of faith or LGBTs. The progressive left must, as part of their overall effort to gain control of every aspect of our lives, destroy religious faith, destroy the traditional family, and replace them with the authority of government as the ultimate power in everyone’s life. Once they accomplish the goal of domination and control, the LGBT community will cease to be needed and will find themselves just as abused and restricted in their freedoms as everyone else. Believing anything else is nothing more than delusional.

Whether it is paranoia or dogma that drives Mr. Teeman to create an essay that does nothing but inflame needless anger and fear – something he accuses Jeff Sessions of instilling – needlessly. The truth is, people of faith simply wish to be allowed to exercise religious freedom without being forced to confine their faith and beliefs to their house or place of worship. What many on the left do not understand is that a church, to Christians, is not a building, it is a community. That community is mobile in their lives, includes people who provide products and services in their communities, and are obligated to their God to practice the principles of their faith in ever way and at all times. Christian faith must be voluntary. It cannot be forced on another. But, by the same token, neither should conflicting beliefs be forced on them. Teeman, obviously, writes to inflict fear, not reduce it. If nothing else, we should all be praying for his change of heart.