It turns out no one likes to pay taxes. Who knew?

This isn’t a surprise applied to Republicans, who generally call for lower taxes for everyone and the right to keep more of one’s own hard-earned money. But even Democrats, it seems, while eager to advocate for more taxation (perhaps to be paid by others?), aren’t too keen on opening their own 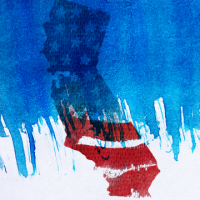 wallets when the IRS comes calling. We see this in the phenomenon of “tax migration”, when residents opt to leave states with high taxes in favor of putting down roots in places where most of their paycheck actually goes to them. What’s interesting is, tax migration happens everywhere, with people of all political backgrounds. And it’s threatening to become a big problem for Democrats in places like California, where taxes can be pretty exorbitant.

We should note that, thanks to President Trump and a rare show of cooperation from the GOP Congress, taxes have actually come down nationwide. Unfortunately, California has never been a state to get on board with that kind of economic wisdom, and high state taxes here actually mean that the Trump tax cuts may have ended up increasing Californians’ tax liability compared to other states, for a variety of legal reasons. If California’s state government could be bothered to get out of peoples’ pockets, of course, we’d be enjoying the same prosperity as a result of Trump’s action as most of the rest of the country (barring places like New York, which have similar problems), but alas.

What this means is that tax migration is likely to hit California and places like it even harder than it has in the past. The reason this is bad news for Democrats is that, sadly, California is a serious socialist stronghold. People and their businesses are leaving the state are overwhelmingly likely to be Democrats (I and most other moderates and conservatives I know are staying right here, thank you, even if it is bad for our pocketbooks), which cuts into that party’s solid majority on the Golden Coast. Naturally, if there’s enough of an exodus, and current projections indicate there will be, California’s resulting weakened population will reduce its electoral vote count, which will make it less of a factor in presidential elections. And of course, there is a “Moderate” Republican presence in California. If most of them remain, and we lose enough Democrats, there’s the possibility of a longtime blue state turning red.

All those Democrats relocating wouldn’t be a zero-sum wash for the left, either. If the people who leave California disperse among low-tax states (which, fortunately, are relatively plentiful), it won’t switch any red to blue – though it might increase the representation of those states in the Electoral College, which would benefit Moderates and Republicans even more since states with low taxes usually got that way thanks to a moderately strong right-leaning majority.

What is utterly amazing is that, even in the face of these demographic realities, extreme Democrats in California continue to advocate for the same tax and spend policies that created many of the problems we are currently facing, and could well lead to their electoral downfall. Several zealot Democrat leaders have expressed nervousness over tax migration from very liberal strongholds, but it is not changing the way they govern. Instead, they’re hoping to make people understand why it’s so important that the government take so much more of their money than it does virtually anywhere else in the country. Good luck with that transparency.

Disconnection from reality like this from Democrats is what will derail the predicted “blue wave” in November. Make no mistake, midterms are usually tough for the party in power, but the ardent left is hoping for a mass uprising against the presidency of Donald Trump – a presidency that has already resulted in lower taxes (for those who live in sensibly-governed states) and tougher immigration enforcement, which are long desired and seldom implemented policies for American voters. Did the wave peak too soon only to dissipate in the face of a strengthening economy, California’s voter enthusiasm is low because the GOP establishment cannot gather enough enthusiasm – we will have to wait and see?