From the notes of Dr. John Watson (as discovered by Dr. Fred Eichelman) 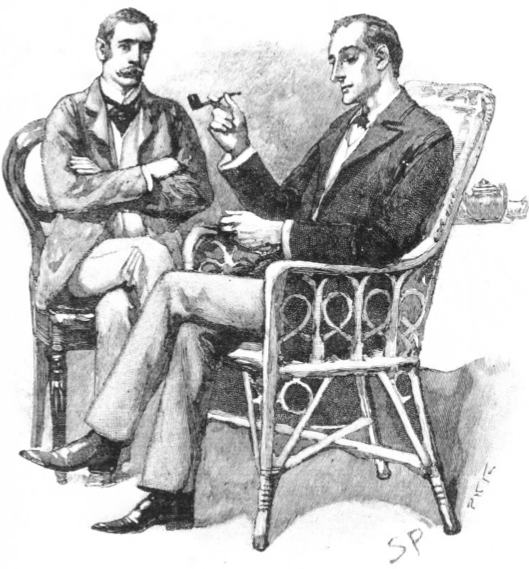 I had not been by to see my old friend Sherlock Holmes for a few weeks due to travel and felt neglectful. No sooner were Mary and I home from our time in Scotland than I hurried over to 221B Baker Street to check on the great detective. I was surprised to be met at the door by a very distraught Mrs. Hudson.

“Thank Heavens you are here Doctor. I have often seen Mr. Holmes in a bad state, but never as frightful as this. Please hurry up to see him.” I quickly bounded up the seventeen steps to his flat and found the door partially open. Inside I saw a very a very pale Sherlock Holmes. He sat by an open window in his favorite chair and seemed to ignore my presence.”

“Holmes. What has been going on? You haven’t…” He faced me with level eyes and cut me off saying, “No old fellow. I gave up the Seven Percent Solution years ago thanks to you. This is something far worse” Then he quoted an ages old nursery rhyme.

For want of a battle the kingdom was lost.
And all for the want of a horseshoe nail.”

“Holmes” I exclaimed, “What has that got to do with your ghastly appearance.”

“It is just a foretaste of doom. While you were enjoying the season up North I decided to take advantage of H. G. Wells ’s time machine again. Now I tend to believe it needs to be destroyed and never used again to see the future.”

Looking at Holmes I could not feel badly that I was excluded from this recent adventure. I did have a need to know what happened which he expected saying, “Please have a seat and I will explain all. Mrs. Hudson is likely preparing to bring us tea at this very moment.”

I immediately got seated and prepared to take notes which I am thankful I did as this was one of the strangest political cases I had ever heard. From here I will quote the master detective directly:

As you know, when I last made a trip to the future it was the Spring of 2018. After meeting my brother Mycroft’s future associate there, the descendant of Irene Adler, you and I learned about an undercover operation put into effect over one hundred years ago. Mycroft created an early form of secret service which he hoped could be used in every nation unfriendly as well as friendly to us. After Mycroft’s death Irene Adler and other ladies continued the program to help protect the development of democracy in the United States which they believed strongly in.

Sadly I took a notion to see how things were developing because at the time we found terrible devision in our former colony. Great hatred between groups. So, I selected the same spot in Washington DC we went before, but fifty years later, the Summer of 2068. Wells again allowed me to be a borrower and leaving London was as easy as we found it before.

However, I never expected the sight that would hit my eyes. For a few seconds I was sure I had not landed where planned. The surroundings were completely alien. No Washington Monument or other white edifices that mark that city so well. Just dull grey buildings, more like huts dominated the landscape. Huts where I would learn illegal immigrants lived at no cost to them.

Only one thing looked familiar. A bench like you might see in any park. On it sat a figure in tattered clothing and with a bag. I was further surprised when the figure arose, waved at me and headed my way like I was expected.

When the person approached me I noted it was a woman, one elderly but not frail and very determined. She also seemed familiar. She addressed me to my face. “It’s about time. You’re fifty years late and the few of us left in our organization have kept someone on the watch all these years.”

“Are you Irene, if the code name is still in use?”

“The very same who met with you last time and you must have come back shortly as you do not seem to have changed. Not like I have. Come with me to the bench before someone notices us and we are reported to the Provider Protectors. I will try to explain.”

I followed her as requested and as we sat down she offered me something in bag to eat which I turned down. “Who are the Provider Protectors?”

What we used to call the police. The Providers make up the ruling elite. The rest of us are Drones.”

“I have to ask, where are the monuments?” 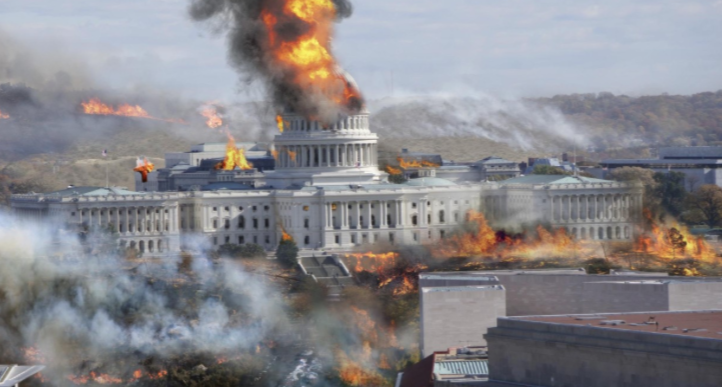 She answered in a low voice and seemed ready to choke on tears. “Razed. Torn down and burned as monuments to men who had slaves, no matter how important they were to history. Even Lincoln’s as he seemed benign to slavery at the start of the Civil War. They didn’t stop there. The Capitol Building is gone because it was built by slave labor.”

This sounded ridiculous, but over my years I have learned that once you rule out the impossible, then anything left is possible. I had to urge her to explain how this happened. What she told me you would likely call a ‘horror story’ in one of your tales of our adventures.

The year after we left, 2018, there was an election. In the United States it was an election for members of their Congress, governors as well as state and local officials. Complicated compared to what we have, but for them it seemed to work. However, the people who were needed to vote to continue what was considered a positive direction under their President Donald Trump did not show up in large enough numbers.

What happened is the opposition party, Democrats Irene called them, took control of Congress and other offices. It meant that they then could turn around a number of good reforms that had been made by Republicans and they even got amendments passed that limited the power of the now minority Republican Party. Irene was not completely blaming the Democrats. She told me that a new group had taken over that party. A group of socialists that were much like what we have had to deal with here in the British Empire. Radical anarchist and some terrorists.

Society was completely turned around during the following years, something Irene called political correctness became the philosophy of the day. And a small, but powerful group of people took over as calling themselves the Providers. The nation was linked with socialist and communist nations overseas, not an isolated case. Very much the same here will happen. A one world dictatorship.

When Holmes had finished he took our his pipe filling it with tobacco from his velvet slipper. I did not know what to make of this as I personally had begun to think it would be America and not The Empire that would bring freedom, equality and true capitalism to all the world. “So how does that nursery rhyme fit in?”

“Elementary my dear Watson. The people failing to vote in the numbers they should have in 2018 changed the course of history for the worse. Let me paraphrase.” Holmes stood and recited something he must have just put together.

“For want of the votes an election was lost.

For want of victory many offices were lost.

For want of good men a government was lost.

For want of government, the nation was lost.”

I stood up saying, “Surely we can do something, We could go back there to 2018.”

Holmes humphed, “The media would oppose us as lunatics and for that matter we are not citizens and as foreigners would be accused of interfering with the election. Much of their press is already trying to undermine their president over false charges regarding Russian interference in elections.”

About that time Mrs. Hudson entered with tea and hit us both with the unexpected. Leave it to a woman to catch something missed by men. “Forgive me for listening in and I only did so because of my concern for your health Mr. Holmes. I have heard you both talk about the influence of story telling. How Mr. Dickens and other writers warned about what would happen if certain social ills were not addressed here in London.

“And I understand that in the future Doctor Watson’s stories will become widely known and even influential. Why not put this story on paper and make sure it will be read in the future to warn the United States and the world. To get out the vote.”

I took my tea saying, “You sound like a suffragette.”

“Our day is coming” she laughed handing Holmes his tea as he suddenly appeared in deep thought.

“Ah ha!” he cried. “A capital idea. Watson, get yourself down at your old desk and put this tale together. I will get it to Mycroft and see to it that it is published in 2018. A warning that American citizens need to get out and vote. This may be the nail to save the nation. Oh, and be sure Mrs. Hudson gets credit.”

Book Review: “The Case Against Impeaching Trump” by Alan Dershowitz

Democrat Party’s War on America and Our Constitution: Part 2 of 4