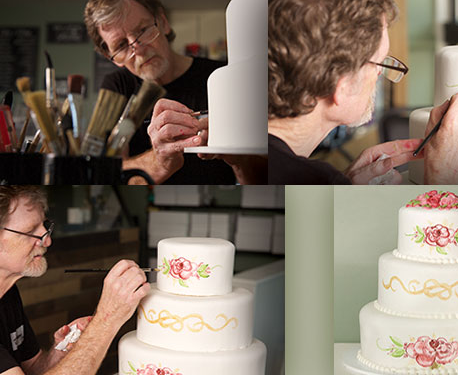 There were several pundits who stated that the Supreme Court decision overturning the actions of the Colorado Civil Rights Commission against Masterpiece Cake Shop last June was not the end of the fight for “protection of conscience” for private businesses and individuals offering custom services to the general public. Because of the narrowness of the wording in that decision, I tended to agree with those pundits because we have often found that militant left-wing groups whether anti-white or pro-LGBT will always do their best to beat down their opponents rather than settle for a “live and let live” decision.

This conflict between the “live and let live” viewpoint of most of the people labeled as “Right-wing” (I prefer conservative) and the scorched-earth approach of virtually all of the leftists in America will likely continue to escalate until a definitive and comprehensive legislative fix is enacted that precludes any doubt from seeping into the determination that sincerely held religious or moral beliefs cannot be violated to the benefit of any person simply because they are “offended” by such refusal to give in to their demands.

There are only a small number of cases that make it all the way to the Supreme Court and thus produce universal interpretation that applies to the entire country’s legal system. For this reason, the lower courts (particularly on the federal level) are far more important when it comes to decisions that require a strict interpretation of original text to decide where one person’s “rights” inflict undo hardship on another person’s “rights.”

In making those determinations, the courts must identify whether a right exists in a form that could be identified as inalienable or whether the constitution specifically grants a right through specific Article, Section, paragraph, etc. One of the most important tools in making that determination is deciding whether the “right” is based on a choice that the person makes (as in LGBT cases) or whether the characteristics that create the alleged right are fixed and unchangeable (as in race). In the case of race or nationality, the person cannot change either and therefore deserves a reasonable level of protection against discrimination. In the case of voluntary lifestyle choices that may conflict with the moral or religious codes supported by another individual, that individual should not be required to ignore his/her beliefs simply to accommodate the whims of another, particularly when the other party is still free to seek the needed product or service from another who might not be at odds with the situation.

As was apparent in the Masterpiece Cake Shop case, the owner had previously served the complainant people in his establishment. He was more than willing to provide “off the shelf” products as needed and did so on several occasions. It was only when he was expected to apply his artistic talents – that he sincerely held as being gifts from God – in the service of activities that were diametrically opposed to his faith that he declined to decorate a cake celebrating an event that his faith told him was sinful. This should be anyone’s right to refuse.

Amazingly, the Colorado Civil Rights Commission – strongly slapped down by the Supreme Court because of its open hostility to Jack’s Christian faith – is now attempting to take another bite from the proverbial apple by bringing new charges against Masterpiece Cake Shop alleging that he declined, again, to decorate a custom cake celebrating a sex-change-related event for a “Transgender” individual.

I wonder when people will awaken to the reality that the LGBT community’s hostility toward Christians is an outgrowth of their fear and guilt that their lifestyle choice really is sinful and that their immortal souls are jeopardized by continuing in that lifestyle. The only way they can live with that is to destroy people of faith so that they are not reminded of their sins. In fairness, not all LGBT people are hostile toward Christianity, but they do not seem to challenge those that are.

This hostility certainly fits in well with the progressive left’s efforts as they try to replace religious faith in God with a religious faith in government. They, too, would rather not have to deal with the pesky requirements of the First Amendment or challenges from Christians when government infringes on their right to quiet enjoyment of their faith. After all, it’s not like Christians can force anything in the way of their beliefs on anyone else. Faith in Christ is something that must be voluntary. It cannot be coerced.

So, as Colorado takes another bite from the apple, the Alliance Defending Freedom continues to fight for Masterpiece Cake Shops. They need our support and encouragement even more now. Fortunately, as time moves on the federal court system is gaining more and more conservative judges through President Trump’s many appointments that are moving through the confirmation process as we speak. We can only pray that these new judges will take a very different view of these continuing attacks on faith in America. Personally, I never thought I’d live to see the day that such things came to pass. No form of government should be permitted to come between an individual and his/her religious convictions. When that point is reached, freedom of religion will be nothing but a memory. The question remains…will we allow this to continue or will we demand that our legislators enact protections that cannot be challenged in the future?

The Ugly Truth About Socialism (From Someone Who Escaped It)