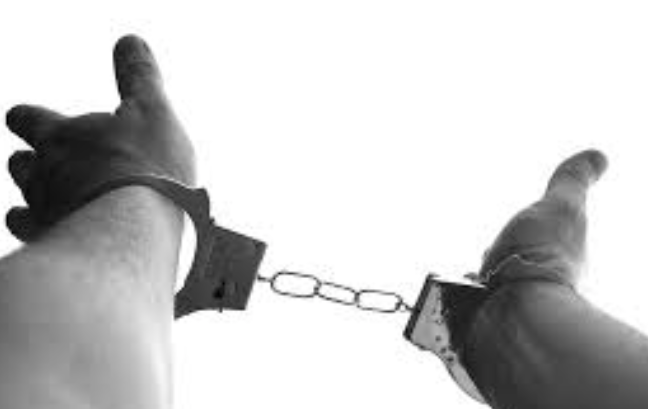 Politico’s Morning Education Brief spent nearly half a page of yesterday’s publication dissecting in great detail all the things that the University of Virginia (UVA) is doing to atone for their historical past. Among the offenses were the use of slave labor to build the original campus and buildings that the college occupied from its inception. A long-awaited “damning report” was finally published stating that “”slavery, in every way imaginable, was central to the project of designing, funding, building, and maintaining the school.”

What is missing from the comments offered by Politico is any historical context for the actions of Thomas Jefferson and the others involved in creating what has become an exceptional institution. Nothing is mentioned about the fact that slavery was yet to be recognized as the evil that it was and that people of color were and are equal in every way to people of European decent.

Politico also points out that this work of atonement at UVA “is just the beginning…”, pointing out that similar efforts at atonement are taking place at other institutions across America.

The report also lays the “blame” directly on Jefferson based on his lifetime ownership of over 600 slaves and the fact that he consciously intended to build an institution that understood and supported slavery and all that it entailed.

’Even in Jefferson’s own imagining of what the University of Virginia could be, he understood it to be an institution with slavery at its core,” the report says. “He believed that a southern institution was necessary to protect the sons of the South from abolitionist teachings in the North.” Most years, there were likely between 125 and 200 enslaved people at UVa., the report estimates.’

While the UVA report suggests that they were largely supported in their undertaking, they admit that there was also a healthy amount of “push-back” from those who suggested that they were beating a dead horse and should stop punishing white students for the sins of their long-dead ancestors.

To that push-back, I would say, Amen. There is not one person alive today in America that can recall a time when slavery existed. There is not even anyone alive today that can say they knew someone who was enslaved in America. Yes, it was an evil institution and should never have been allowed to exist, but it is a historical fact that slavery was commonplace throughout the world in those days…a point that is always omitted from the discussion’s context. That doesn’t make it right, but it must be recognized that attitudes toward it differ from today’s.

Fast forward to the present. Does slavery exist in America? That would be answered with a resounding “No” in virtually every state, county, city or hamlet from sea to shining see. But is that true?

Officially, slavery was ended through the 13th Amendment in December of 1865. However, a different sort of slavery has existed since then in a far more subtle and indirect manner. There may be some that disagree, but I, for one, truly believe that this more subtle form of slavery has been intentional and ongoing to this present day.

I refer, of course, to the series of efforts on the part of the Democrat Party in America that began following passage of the 13th Amendment with the Jim Crow laws of that era and continuing with concerted efforts to deny and resist the entire concept of equality of the races. We should never forget that the origins of the Ku Klux Klan (KKK) was deeply rooted in the southern arm of the Democrat party and continues to echo those same views to this very day. At every turn until the mid-1960s, the resistance toward equality was fought by those like David Duke, George Wallace, and other members of the Democrat Party until a far more diabolical approach was hatched with Lyndon Johnson’s “Great Society.”

With the unrest following the assassination of Robert Kennedy and Martin Luther King, Jr., in the late 1960s, new laws were created that appeared on their surface to be providing the sort of benevolent charity that looks good on paper. However, within the details of those new measures were hidden terms that have, over the past half century, institutionalized that more subtle slavery that comes from dependence on government. At this point, multiple generations of the poor of all races have been encouraged to take advantage of so-called “welfare programs” to survive while these programs, in fact, served only to further enslave the partakers and destroy their communities in the process.

Provisions in the laws providing for higher payments to those families in which one parent was missing from the home encouraged poor women to have children without the benefit of a husband in the home resulting in even higher benefits for each child without a marital partner to share the responsibility for supporting his family. This has resulted in more than fifty percent of children of color being born today into single-parent households. Two or three generations have known no other way of living. This puts every one of those children at a far higher risk of trouble in school, criminal activities as they grow to adulthood, drug abuse, becoming dependent on the government for support when they reach adulthood. All of these risk factors are confirmed by numerous studies. For the un-educated, there are few fields of employment that can match the taxpayer-funded generosity of the welfare system. It is nothing but a trap.

Meanwhile, Planned Parenthood continues to feed at the public trough while encouraging the use of abortion as a convenient means of birth control. It is apparent from the strategic placement of its abortion centers, mostly within minority communities, that the original intent of its founder, Margaret Sanger, is still at work. That intent was the eventual elimination of minority communities because she believed them to be inferior and defective. It should be noted at this point that the dogged determination of the Democrat Party to continue the public funding of Planned Parenthood and abortion generally is part of the Democrat Party platform.

All these measures and institutions created when it was made clear by legislation that equality before the law for all citizens of America was to be a reality produced the second wave of enslavement that has continued to hold back minority communities today.

It is encouraging that, despite the vicious accusations targeting President Trump as being racist, under his policies the unemployment rates in minority communities are at historic lows, and those communities are beginning to awaken to the fact that their allegiance to the Democrat Party may have been horribly misplaced. The Twitter Hashtag #WalkAway has been steadily gaining in popularity as voters from those communities realize that they have been fed a lie that had only one intent…to perpetuate their slavery to the master called government. To this, I say Hallelujah! Perhaps Martin will finally get his reward when all of those communities are “Free at last.” Perpetuating the divisiveness of race-baiting needs to end and along with it the tenacious remnants of slavery that have been perpetuated by some for way too long.

What is Socialism (Really) About? A Former Czech Answers.