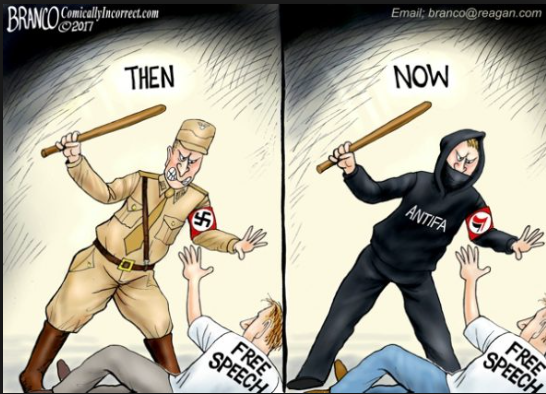 “No borders! No walls! No USA at all!” This is the latest chant at numerous protests that Black Lives Matter and Antifa groups are chanting. Both groups together were in Washington D.C. while hundreds of them were rioting against 24 protestors of a supremist group. They (Black Lives Matter and Antifa) began kicking over trashcans and knocking down signs, and then turned their hate against the police, and anyone who wore pro-trump T-shirts or hats. A couple that was not a part of the protest, was harassed, assaulted, and run out of the area. Their only crime was wearing T-shirts that read, Trump 2020.

The rioters marched on Pennsylvania Avenue and other areas chanting, “No borders! No walls! No USA at all!” Make no mistake, it is a growing hate, being passionately cultivated.

Today’s Democrat Party, the mainstream media, and celebrities stoke that fire and aid in that cultivation. Creating an environment where society is beginning to be afraid of being proud citizens of their own country and afraid of speaking out about what is right and decent from their own perspectives. All because of the possible repercussions, hate and intolerance of the progressive movement that resides in the left.

The progressive movement is systematically dismantling the foundation of the United States of America. Barking their angry speeches and stating that they are against hate, intolerance, and bigotry, while all along, hating, being intolerant and using bigotry in their aggressive actions.

You can go ahead and complain about my observations all you want, and ridicule my free speech while sharing my perceptions of today, but all you have to do is step back and look at what is taking place around our nation; it is easy to see that everything the left is supporting goes 180 degrees away from E Pluribus Unum.

Diversity = The root of “diverse” in Latin, a verb that means “to set aside.” This gave us our English verb “to divert”, or “divorce”. In Latin, the participle form “diversus” came to mean “separate”.

University = The root of “university” is “universe” meaning the sum of everything, all as one. That Latin word combined “vertere” (to turn) with “uni” (one) or “turned into one”.

So the left’s talking points using the meaning of university, but they call it diversity. This only creates a division of the people when they try to implement diversity. Can’t you see the compartmentalizing of race, color, religion, gender and class. Keeping score, that separates. Instead of trying to be an actual melting pot focusing on the unity of all mankind or university.

However, what’s going on now is a very manipulative tactic when practiced. These manipulations, intimidations, violent resisting, bullying, etc. is exactly like that of the beginnings of Hitler’s reign, which took total control of its people.

Hitler used his Brown-shirts to wreak havoc in the name of his form of socialism, while at the same time preaching the importance of resisting and fighting to eliminate the “privileges” of the Jews. This led to a mindset to systematically remove the Jews all together from existence. Hitler very purposely and meticulously, demonized the Jewish people in all nations by separating them from the nation in which they dwelled. For example, in Germany, he made sure the German people saw the “privileged” Jew, not as a German citizen, but a Jew that had taken advantage of their “privilege” to take control over the nation itself.

In a letter dated September 16th 1919 to Herr Gemlich, in reference of the Jews, he wrote, “His power is the power of money, which multiplies in his hands effortlessly and endlessly through interest, and which forces peoples under the most dangerous of yokes.” Hitler despised Jewry privilege. He also despised those who championed Marxism and Communism because they did not implement them while respecting the fatherland. So, Hitler went on to implement his style of governing, which started as the National Socialist German Workers Party, then morphed into the Nazi Party. He and his hagiarchy believed that National Socialism was a better brand of socialism, but still socialism nonetheless. Today in America, those exact same tactics are being used; that is what I see when I hear the new term Democratic Socialism. 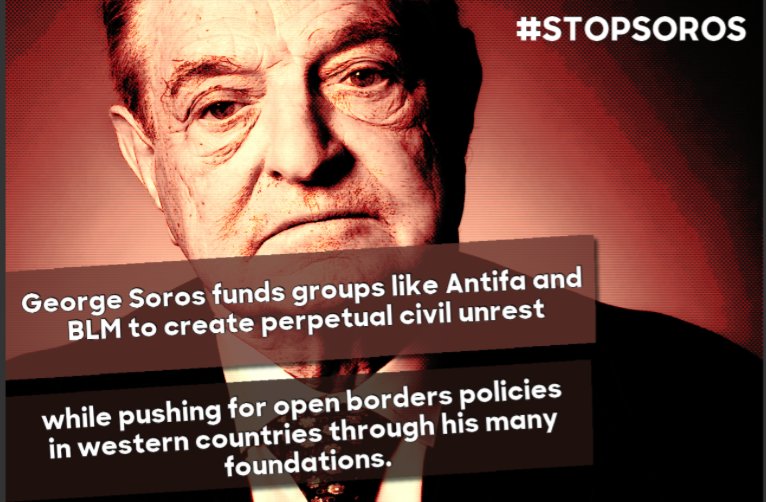 Don’t be fooled. This metamorphic style of socialism is far left of our Constitutional Republic, and mostly funded and championed by George Soros, who was a Nazi Youth himself.

He absolutely hates capitalism and the U.S. Constitution’s form of a Republic. It is clear by now how we have stopped referring to our government as a Republic, by only referencing it as a democracy. That is why we see the “push” to eliminate the electoral-college vote and go strictly to a popular vote. This would strip out the fabric of a republic and make it a pure democracy. You see, then a pure democracy can easily be manipulated into a socialist ideology over time, but a Republic directly blocks that evolution.

Today, instead of Hitler’s Brown-shirts, we see Soros funding Antifa and others, who are intimidating, resisting, and outright bullying and falsely sticking conservatives, and republicans in the mix with, and equal to, the KKK and Arian type groups, which we all dislike. This is all being done, not just at rallies, but in personal attacks at restaurants, private family outings and other public areas. Taking away freedom of speech and the right to assemble and falsely labeling them as the racist fascist, even though these paid rioters are actively being the fascist themselves. Today we see not the spiteful envy and racist attitudes toward the Jews and their made up privilege, but the spiteful racist action against the white race in America, while at the same time preaching racism is evil and wrong. It’s absolutely insane.

Then we hear their true goals exposed, with chants like “No borders! No walls! No USA at all!” All of it, systematically demonizing our Constitution, the authority put in place to protect it, and eliminating our borders to become some kind of United Nations global socialist utopia.

Say what you want about me, like I know some will twists my points made in this very article, but from my perspective, this push towards everything anti-Americanism is real, and is being allowed to continue, and even championed by the progressive movement. God help us all.

The Atlantic is Roiling With TDS (Trump Derangement Syndrome)

Dr. Fred Eichelman: My Contribution to the War On Poverty