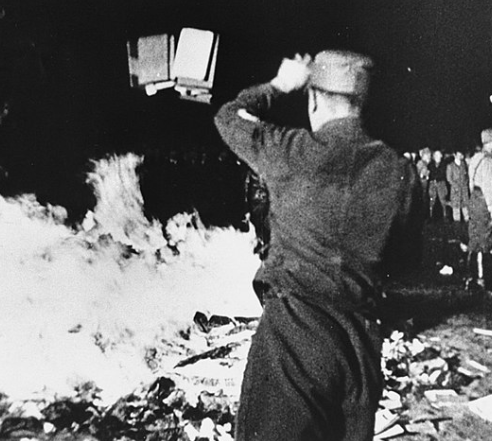 Western Journalism’s Conservative Tribune carried an article in their August 9th newsletter that proffers an alternative reason for Spotify’s banishment of Alex Jones’ from that platform. It seems that the individual spearheading the effort to run Jones off is one Jared Holt.

It seems that Holt is being touted on some better-known left-wing internet sites as an up-and-coming writer and commentator. He self-promotes himself as an “award-winning photographer” as well as writer and “video imaging specialist.”

It seems that he gave an interview to the noted leftist site, Salon, recently and in the process of so-doing he revealed that what disturbed him about Alex Jones being on Spotify may have had something to do with his far-right messages and conspiracy theories, but when it came down to the final decision, Holt chose to make it his mission to get Jones removed from Spotify out of his distaste for the fact that he had tried, apparently unsuccessfully, to gain access to the Spotify platform to further promote his writings and opinions but was rebuffed in those attempts.

As with so many other things that bother leftists, emotions, feelings and other subjective intangibles always motivate their action. Jealousy is often visible in the list of top reasons for leftist anger. They don’t always admit it, but it is often apparent from their actions and targets. Apparently, Jones was the perfect example.

The most disgusting aspect of this entire situation is that Spotify caved to the demands of a jealous competitor to Jones simply because Jones was “conservative” while the antagonist was “left-wing”. I guess ideology is the determinant factor in nearly all decisions made by those who control a number of the dominant social media platforms.

Does it not seem a bit contrived and calculating that Facebook, Google/Youtube, Spotify, and Twitter all decided that Alex Jones had to be silenced at the very same time? Meanwhile the big names – Google and Facebook continue to go through the motions of making nice with the government in an effort to stave off regulatory restrictions on their platforms to prevent the very clear leftist bias displayed by their systematic and more and more frequent censorship of all things conservative. Using their “community standards” as their justification for de-monetization or outright suspension of conservative voices on the web both popular platforms have become increasingly obvious in their intent and prejudice.

For those who grew their ideas into industry-leading social media giants using all of the principles of the free-market and our constitution’s provisions for the protection of freedom of speech, they certainly have not wasted any time denying those same freedoms to those who have created their success by attaching their fortunes to the success of the “paid advertising” business plan that has had such far-reaching positive consequences for those social media moguls.

The day is coming when either one of two things will begin to emerge. Either the anger that is rising from the ranks of the conservative half of the country, who have already been dealt a tainted hand by the vast majority of the media outlets in the legacy media ranks, will reach their limit of tolerance and depart Facebook for freer pastures such as MeWe.com or some other start-up that offers bias-free platforms. Or their anger will be directed toward the left’s favorite solution to every problem – government – where they will demand legislative safeguards that confer upon such media platforms the status of public utilities with all the accompanying regulatory restrictions that appertain to such entities. If either of these result, Google and Facebook will see their revenue slide and along with it a corresponding dip in their asset values. The bigger they are, the harder they fall.

Either way, the idea of “free and open democracy” that is so often touted as the desirable result of their efforts to “fundamentally transform” the United States seems to be nothing more than another hypocritical bunch of leftist double-talk that translates, “My way or the highway!” Loud and clear. Their end is coming…they know not when.

Tax Migration And The Blue Wave