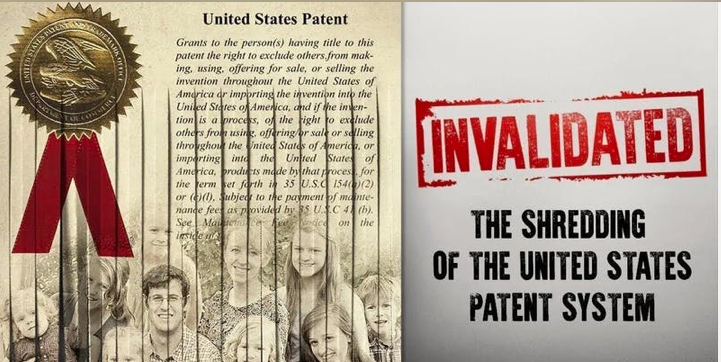 Dallas, Texas: On August 28, join the Institute for Policy Innovation for a complimentary screening of “Invalidated: The Shredding of the U.S. Patent System.”

When father of eight Josh Malone invents a genius way to fill 100 water balloons in 60 seconds, his invention “Bunch O Balloons” becomes an overnight success on Kickstarter and an international viral hit! Scrambling to get his idea to market and bring financial security to his family, he applies for a US patent. But, his plans of success are blindsided when his genius idea is stolen by a big company before he can make his first dime.

Thrust into a battle to save his invention he uncovers the shocking truth that our patent system is weakening, property rights are at risk and American innovation is dying. Learn how big tech companies, China and our own Patent office are robbing American inventors of their ideas, their labor and their financial investments. Watch the official trailer below.

(This film was created/produced by our PolitiChicks webTV team, Luke and Jo Anne Livingston of Groundfloor Video.)

Screening begins at 6:00 pm, followed by a panel discussion at 7:15 pm. Light refreshments will be served.