In these revisionist histories, the resurgence of racial tribalism among Trump voters in the heartland and explosions of anti-immigrant sentiment in Europe (aided by the ubiquitous vast Russian conspiracy) did in the great multinational and multicultural projects. Brexit and Trump killed the liberal order. Wealthy right-wingers and the Russians had secretly financed a campaign to undermine human progress.

Trump and Brexit were responses to the collapse of liberalism. The collapse was accelerated when supposedly liberal political movements on both sides of the ocean endorsed two tribalisms. On the European side of the ocean, the EU tossed aside its post-national pose to back Muslim tribalism and its mass migration at the expense of the nation-state. On the American side, the Democrats abandoned even the pretense of believing in equality to fully embrace the pettiness of tribal identity politics.

The authorities were no longer creating a newly equal order, but recreating an old tribal one in which some people were more equal than others. And once that became obvious, their old working-class white constituencies backed Trump in the US and backed Brexit in the UK. Their votes didn’t break a liberal order. Instead, the votes reflected a recognition that liberalism no longer existed; only tribalism did.

The left resents these defections by the white working class, but it was the left that truly defected. The old lefty romance with the working class has left behind only a handful of artifacts, like mementos from an old relationship, a fondness for expensive prole wear, folk music, stories about old coal miners (not the current despised polluters), and occasional forays into trying to live on a few dollars a day. But even two generations ago, the left was trading its working-class costumes for ethnic togs and jewelry.

These days the left romanticizes race the way that it once did class. But class can be shifted, race can’t. It was one thing to demonize capitalists and another to demonize entire races. Class war could be rationalized as an effort to make society fairer by sharing the wealth, but race can’t be shared. No Communist revolution can redistribute skin color or any other fixed attribute of human biology. Tolerance and equality were liberal answers to racism, but they could never be lefty answers. 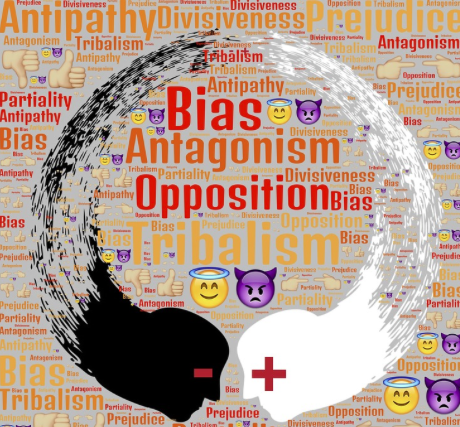 Instead of redistributing wealth, the left began redistributing racial power. It inveighed against the boogeyman of racial tribalism even as it was busy creating it. To a leftist, racism against white and black people, the national aspirations of a Briton or a Pakistani, a Frenchman or an Algerian, can’t be equated. The moral authority of the oppressor can’t be compared with the moral authority of the oppressed. But what people increasingly saw was the rebirth of racial tribalism and national chauvinism at the hands of the very people who had supposedly been fighting to tear down tribalism and chauvinism.

The white working class found itself on the wrong side of a class and race war. And it fought back.

The badges of mourning for the old liberal order are being flaunted as a talking point by the chattering classes. But these hollow exercises of grief are disingenuous coming as they do from the actual killers.

Race relations in the United States collapsed under Obama. The collapse wasn’t the result of a backlash against Obama’s race. If that were the case, he would never have won two presidential elections. It resulted from policies that he implemented whose purpose was to cause racial division. Unlike liberals, leftists had never believed in the races getting along. They profited from conflict, not coexistence.

Lefties had no problem with racial divisiveness until it began costing them elections. And then they belatedly realized that identity politics and tribal bloc voting were tools that could work both ways.

The European Union had been an old lefty project past its prime. The idea of France, Germany, the UK, and Poland all belonging to the same union had impressed a generation that had seen world wars. A younger left saw the EU as a gang of nation states. A generation of mass migration from the Muslim world would have removed the EU from the pages of history far more thoroughly than Brexit.

The EU had always been meant to be an intermittent step to something bigger and global. Like the UK and the Netherlands, the day would come when the EU would be sucked into the international order. Its bureaucrats would lose their authority to a world bureaucratic authority operating above their heads.

The real objection to Brexit wasn’t that it fatally crippled the EU, but that the blow moves European countries toward the nation-state instead of away from it, to the national instead of the transnational. Even the tensions that led to Brexit were meant to grease the wheels rolling the EU into a more global order. The left isn’t objecting to the exploitation of those tensions, but to who actually exploited them.

The EU was always meant to die. And racial tribalism was meant to define American politics. If the media honestly want to look for the killers, it can always look to the left. It was the left that reduced American and European politics to exercises in vicious tribalism. It was the left that undermined the liberal order, tossed out liberal solutions and now pretends to cry for the liberalism that it killed.

Trump rose from the ashes of a fire that Obama set. The GOP had failed because it was too busy fighting the last war against liberal opponents who still believed in maintaining the order. It didn’t understand that Obama was qualitatively different than Carter or Clinton. He wasn’t just working within the system to transform it, but to destroy it, pitting its elements against each other to break them down.

The only response to a radical willing to burn everything down was an equal willingness to burn.

That is what Trump and Brexit both have in common. They’re creatively destructive responses to the destruction of the liberal order by revolutionary radicals.

When European leaders opened their gates to mass migration from the Muslim world, they made it clear that the European Union was over. The only question was whether Britain would escape its collapse or go down with it. When Obama opened America’s borders, the same message was sent. That’s why building a wall has become has become the definitive symbol of the Trump revival.

Media pundits paint Brexit and Trump’s wall as isolationist responses. But the part that they leave out is that they are isolationist responses to a leftist catastrophe whose purpose is destroying nations. There’s a big difference between closing your door when your neighbor needs help and when your neighbor is shooting at you. The media portrays Trump and Brexit as the former when it’s really the latter.

The left made multiculturalism and the multinational order unviable as a power play. But the play went awry. Instead of the left’s plans moving forward, they’ve been set back. And instead of taking responsibility, the left is blaming everyone else for its own crimes against liberalism.

Trump didn’t break the old order. The left did.

The Left’s Version of Education: Straight from the Horse’s Mouth