Trump’s criticism of the media “is contributing to a rise in threats against journalists and will lead to violence,” claims Artie Sulzberger, the latest scion of the New York Times dynasty.

Artie, who got the chairman job because of his last name, earns $5 million a year. The only threat to him came from a shameless bootlicking Washington Post article praising his journalistic humility.

“Yeah, we get it, you don’t like us. Fine. But do you have to put our lives in danger?” MSNBC’s Katy Tur whined. “He wants to endanger the lives of journalists,” columnist Connie Smith wailed at Trump.

How endangered is the modern media hack?

Reporters, pundits and other fake news media gobbers have been claiming that Trump is endangering them for a while now.

How long? It’s been over a year now.

“Someone is going to do something awful to a journalist,” Jeffrey Toobin claimed on CNN. And they have. They’ve mocked, ridiculed and humiliated the media for its hysterical fake news nonsense.

The number of reporters shot by Trump supporters because of his attacks on the media currently stands at zero. And counting down. So the media has shifted gears of predicting that Trump’s criticism will cause reporters to die overseas. Sulzberger warned about the threat to the media overseas. “Trump slams CNN in potentially dangerous way,” claims CNN. But agreed that the real threat is overseas.

Reporters are dying overseas. At the hands of Muslim terrorists.

The vast majority of massacres of reporters in recent years were carried out by Muslim terrorists. Of Reporters Without Borders’ own list of the deadliest attacks on the media in the last 10 years, including the most recent suicide bombing which killed 9 reporters in Afghanistan and the obscure Maguindanao massacre, dubbed the “single deadliest event for the press” since the Committee to Protect Journalists started keeping records, were carried out by Muslims.

The only non-Muslim attack on the list was carried out by a faction of the leftist FARC narcoterrorist group whose leadership was able to meet with John Kerry despite having a reward placed on their heads by the United States. As the media likes to mockingly sneer, “thanks Obama”.

In America, the single greatest death toll for media personnel in the last generation occurred on 9/11.

Maybe the media ought to reconsider its mindless ideological opposition to a terror state travel ban?

The statistical evidence very clearly shows that media personnel are far more likely to be murdered by attackers shouting, “Allahu Akbar” than “Make America Great Again.” They’re also more likely to be hit by lightning than killed by a Trump supporter angry over the latest fake news smear of the president.

The media’s hysteria about the Trump threat is as baseless and groundless as the rest of its fake news.

There’s been no outbreak of violence against reporters in this country. Instead reporters have come more under physical threat from Black Lives Matter, Antifa and other leftists.

Leftist doxer Taylor Lorenz, formerly of the Daily Beast and currently of The Atlantic, who doxed the daughters of a female counterjihad activist, exposing them to potential harm, was punched in the face in Charlottesville. But the puncher was a fellow leftist counterprotester inflicting collateral damage. He got off with a slap on the wrist, a suspended sentence, anger management and community service.

While the media blew up every incident where a reporter in Ferguson inhaled tear gas, actual physical attacks on reporters by Black Lives Matter racist thugs were mostly swept under the media’s dirty rug. 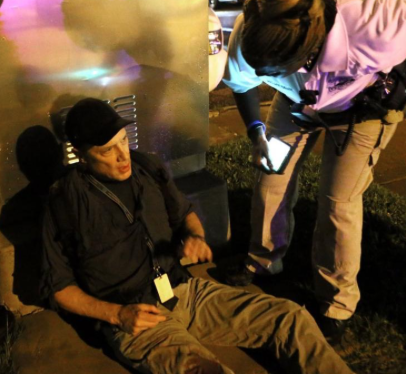 CNN devoted a fraction of the time to its own correspondent, Sara Sidner, being hit by rocks than it has to all the imaginary dangers of violence from Trump supporters.

A Milwaukee Journal Sentinel intern described a mob scene in which reporters were threatened and assaulted. 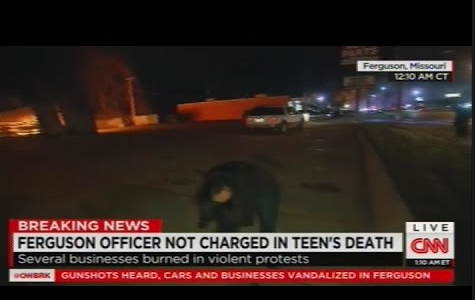 “When they threw me to the ground, I reflexively curled up into a ball. Blows landed on my back, head and torso. ‘Stop! He’s not white! He’s Asian!’ I wasn’t sure who said it, or how they knew my race, but within seconds, the punches stopped.”

Then he blamed Asians for being insufficiently supportive of the racist black nationalist movement.

Despite all the media’s hysteria, the violent attacks on their ranks in this country aren’t coming from Trump supporters at rallies, but from their fellow leftists who are actually driving the violence.

And the media has covered up the scale of those attacks, especially after Ferguson, while refusing to address the ideological motives of the attackers. It’s made little to no effort to bring those attackers to justice or to challenge the culture of radical impunity that has led to physical attacks on the media.

If Trump supporters had assaulted a white reporter, beat him, and then let him go because he was white, we would never have heard the end of the story. There would already have been a bestselling book, a movie, a memorial and an annual award inspired by those events. And if Republicans were regularly beating reporters to a pulp, we would be hearing about it too. Non-stop. On every channel.

Instead the media wails about the hypothetical threat of one day being attacked by a Trump supporter.

The groups most likely to kill reporters overseas are Latin American drug cartels and Muslim terrorists. These are the two groups that benefit the most from the media’s leftist advocacy against border security and immigration security reform.

Domestically, the media’s greatest violent threat comes from leftist activists. Overseas, its greatest threats come from the two types of migrants whom Trump wants to keep out and it wants to let in.

Trump isn’t threatening the media. He’s protecting it from the consequences of its own ideology.

If the average media type had enough brains to fill a flash drive and enough common sense to stock a highlight reel, he would be thanking Trump for keeping the media safe from its own stupidity.

Instead the media can’t wait to get blown up, shot, beheaded and beaten by its own political allies. And once it’s through covering up the latest attack on it by Muslim terrorists, black nationalists, Marxist narcoterrorists or lefty thugs, it spreads dire warnings about the consequences of Trump’s rhetoric.

The media’s shameless lying hacks can’t stop the fake news long enough to save their own lives.

The Ugly Truth About Socialism (From Someone Who Escaped It)