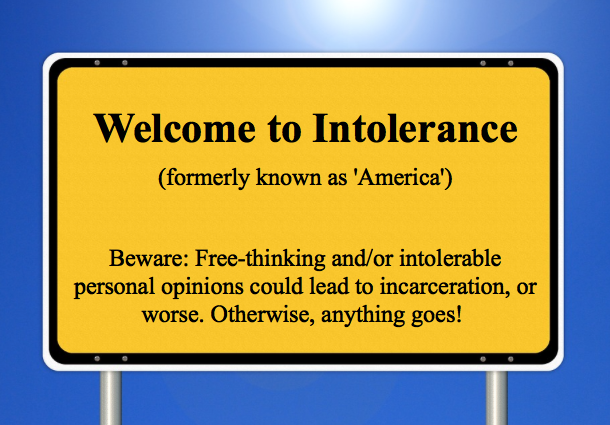 Austin’s Equity Office has recommended renaming the Texas city because of Stephen F. Austin’s alleged views on slavery. But why stop at just renaming Austin when Amerigo Vespucci took and sold slaves.

New York City has been on its own anti-history binge, demoting the statue of the ‘Father of Gynecology’ and tearing out plaques memorializing Robert E. Lee attached to a tree that he had once planted, but it’s got bigger problems. The city is named after King James II whose Royal African Company branded thousands of slaves with DY for the Duke of York.

And New York’s problems don’t end there. Its Bronx borough is named after Jonas Bronck, who was likely killed in an Indian raid. Queens is named after the wife of King Charles II (James’ brother) whose husband was also quite active in the slave trade. New York is full of places named after Charlie and his relatives, like Richmond County, and the city and the state would both have to be renamed.

So would South and North Carolina, named after Charles I, and Maryland, named after his wife, who had authorized a trade in African slaves. The Maryland charter was received by Cecil Calvert, the second Lord Baltimore, whose family owned slaves. Anne Arundel County is named after Cecil’s wife.

New Jersey was named by George Carteret under a grant from Charles II. Carteret was connected to the African slave trade through the Royal African Company. A number of areas in New Jersey are named after him and his family. That includes the city of Elizabeth, New Jersey, named after Carteret’s wife.

Royal names are a problem that bedevils even the leftist parts of the country.

Prince George’s County is a reliable Dem area in Maryland populated mostly by African-Americans. And it’s one the wealthiest black areas in the country. But it’s named after Prince George of Denmark. What’s a Danish prince doing in Maryland? George was married to Queen Anne. Anne’s extensive shares in the South Sea Company and his formal role as High Lord Admiral tied him to the slave trade.

Virginia and (West Virginia) are named after Elizabeth I who authorized a trade in slaves and at least one of whose ships carried slaves. Delaware is named after Thomas West, 3rd Baron De La Warr, who served as governor of Virginia. His tenure in office predated the importation of African slaves but, was current with the use of indentured servants and Indian slaves. Louisiana is named after Louis XIV, the Sun King, whose Code Noir (Black Code) set out the parameters of slavery.

But leaving behind royals doesn’t help. William Penn, the Quaker and liberal role model after whom Pennsylvania is named, owned slaves. Nor does heading west offer any escape from history.

Over in California, Comandante General Mariano Guadalupe Vallejo’s name rests on the city of Vallejo, that of his wife on the city of Benicia. He was also the founding father of Sonoma and San Francisco was also allegedly nearly named after his wife. Vallejo relied on Indian slave labor to maintain his ranch and oversaw an Indian slave labor system. (Vallejo was also responsible for naming Marin County.)

California itself is appropriately enough named after a fictional character, Queen Calafia, who was both black and a slave owner. West Coast political correctness becomes even more confusing as we head up north. Washington is obviously named after a slave owner, but what about Seattle? It’s named after Chief Seattle, an American-Indian leader, environmentalist icon and a slave owner. (Slave ownership by Indian tribes was not uncommon and has led to debates and lawsuits over tribal membership.)

But back in California, its leftist city has an even bigger problem. Berkeley is named after the Irish empiricist George Berkeley. Berkeley was not only a slave owner, but a vigorous advocate for the enslavement of Africans and Indians. His name has touched off controversy at Yale and UC Berkeley.

Denver is named after James W. Denver, whose tenures as Commissioner of Indian Affairs and as Territorial Governor of Kansas during the struggle between pro and anti-slavery forces were controversial. The same would be true of anyone involved in politics at the time, but the entire anti-history movement is animated by a refusal to see things in any shade other than black or white.

Not to mention the name of the entire country.

And we’ll have to rename Berkeley, New York City, Seattle, Marin County, Austin, Elizabeth and thousands of other cities, town and county names all across the breadth of the United States.

Or we can stop the insanity right now.

The left starts its culture wars with wedge issues. It began with the statues of Confederate generals. But if this goes on, it’s going to end with the renaming of cities, of states and then finally the renaming of the entire United States of America.

These are the stakes.

Either we stop the left’s assault on history or we lose our country. Every time a statue is taken down, a school is renamed, a building is vandalized, a holiday is abolished, we move one step closer to the final undoing of our history. We should not be afraid of the truth. And the truth is that history is complex.

Judging the past by the present is its own form of cultural appropriation. Long after a revolution against the British Crown, Georgia, Virginia, North Carolina, New York and many others maintain royal names not because Americans have any allegiance or respect for those dead rulers, but because these places are a part of our history. As are the Indian tribes, the French, the Spanish and all those others too.

Names are not necessarily a form of respect. Identity is, more importantly, a form of memory.

The cultural revolutions of the left promise to purify history by purging it. But that Stalinist solution is a lie. History cannot be purified, only learned from. We are all the descendants of flawed heroes. And we can hope to find the truth of our heroism through our flaws, not by the light of the book burner’s fire.

A hundred nations were plunged into dystopian horrors in search of the garden path to the left’s utopia. That’s all that the left’s rituals of purification and mortification of history, the vandalism of statues and facts, offer America. And it is America. Not Marxville, Leninstadt or Maostan. The flawed explorers, generals, and nobles whose names our cities and states bear are far better than the monsters of the left.

The American Revolution, unlike the French, was based not on a murderous search for leftist revolutionary purity, but on accepting our faults and flaws while trying to still live as our best selves. Those who search for a better future by destroying the past will move on to destroying the present.

Our choice is clear.

Reject the left or rename America.

Recognizing the Slavery of Today