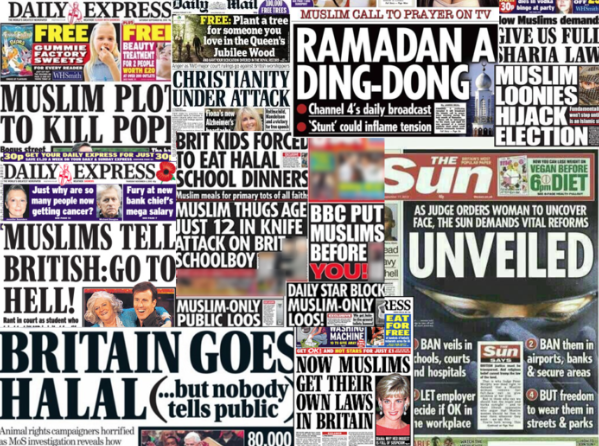 Muslim terrorists attacking the British Parliament in cars has become an annual tradition.

Khalid Masood did it last year, running over pedestrians before slamming into the railing of Westminster Palace, and then going on a brief stabbing spree that ended when he was shot dead by an armed police officer, who unlike the unarmed police officer he stabbed to death, had a gun because he was protecting a government official. 2017’s parliamentary attack ended with 5 dead and dozens injured.

This year, Salih Khater decided to have a go at parliament even though it was out for the summer recess. He smashed his car into a barrier near Westminster Palace after running over a number of pedestrians. The Sudanese refugee was much less successful at it, wounding only 3 people and killing no one.

Muslims make up over 1 in 5 persons of the population of this former British working-class stronghold. Sparkhill, named after the gently flowing Spark Brook, once a hub of British life, has had its history erased by the migrant flood, until it was dubbed by BBC’s Citizen Khan sitcom as “the capital of British Pakistan.” The Mermaid Inn, a local landmark pub which dated back centuries, was turned into an ethnic restaurant. Various other historic pubs have declined into grimy Pakistani eateries.

Sparkhill’s British past is becoming as much a matter of archeology as the Roman coins occasionally dug up under its streets. Its present is violent, murderous and Islamic. Its future is yet to be decided.

It’s only fitting that the “Capital of British Pakistan” should be at war with the British Parliament.

The “Capital of British Pakistan” was also where the ‘Three Musketeers’, Naweed Ali, Khobaib Hussain, and Mohibur Rahman had etched “Kafir”, meaning non-Muslim Infidel, in Arabic, on their meat cleavers in preparation for a killing spree last year. Evelyn Road, where Ali and Hussain had lived, was once famous for its Church of the English Martyrs. But there is a different breed of martyr in Sparkhill now.

These three Birmingham terror plotters shouldn’t be confused with Irfan Naseer, Irfan Khalid, and Ashik Ali, who had called themselves the Four Lions while plotting to kill as many Britons as possible through everything from setting off nail bombs, to shooting up synagogues to attaching blades to a car and running over non-Muslims.

“Just drive it into people in crowded area,” Khalid had suggested.

The terror plot was funded by collecting on Ramadan for Muslim Aid. Some of the money went to a Muslim school. The rest for terror.

They were among eleven Birmingham Muslims sentenced in that Islamic terror plot.

1 in 10 imprisoned Islamic terrorists in the UK came out of the “Capital of British Pakistan”. It was where the money for the massive Muslim terrorist attacks in Paris and Brussels changed hands. The money, which helped kill over 100 people in two other countries, came from welfare payments made to Anwar Haddouchi, a Muslim in Birmingham, even though he had long since left to join ISIS. Two other Muslim colonists in Birmingham, Zakaria Boufassil, and Mohammed Ali Ahmed, passed along the cash.

And that’s not the only international terror connection to Sparkhill. Sparkhill was also where Imam Tarik Chadlioui, the Muslim religious leader accused of contact with one of the Bataclan Islamic terror bombers who killed 89 people in Paris, lived and is facing extradition to Spain over Jihad videos.

The roads of the Jihad lead to Birmingham.

When Al Shabaab, the Somali Islamic terror group allied with Al Qaeda, filmed a recruitment video aimed at Muslim settlers in the UK, it listed Birmingham as its top source of recruits.

The UK’s first Al Qaeda bomber came out of Birmingham. Over in Sparkbrook, Moinal Abedin had turned his house into a bomb factory after 9/11. After serving his sentence, he’s a free man in Birmingham. Some years later, Rashid Rauf plotted to blow up planes flying from the UK to the US using soda cans. (A soda can was eventually used by ISIS to blow up a passenger plane in Egypt killing everyone on board.)

Birmingham’s real Citizen Khan emerged when Parviz Khan of Alum Rock led a plot to kidnap and behead a British soldier. Zahoor Iqbal, one of his henchmen, was also from Birmingham. Last year, Zahid Hussain, was busted with a pressure cooker bomb in Birmingham. Like a number of other Muslim terrorists, he had used Christmas tree lights as a detonator and planned to blow it up on a rail line.

Like Citizen Khan and Rauf, Hussain was from Alum Rock in Birmingham. Ummariyat Mirza was also arrested last year in Alum Rock for preparing for a knife attack. His wife, Madihah Taheer, was also arrested. His sister had been passing around pictures of severed heads and other ISIS propaganda.

“Can we get married already?” Taheer had asked. “I want you to kill people for me I have a list.”

Possible targets for the Birmingham knife attack had included the RAF and a synagogue.

Junaid Hussain, the head of ISIS’ Cyber-Caliphate unit, which published the addresses of American soldiers, hailed from Birmingham. As did many other ISIS recruits including Awat Hamasalih, Rasheed Benyahiya, Gabriel Ramus, Humza Ali, Anas Abdala, Abdelatif Gaini, and Tareena Shakil, who took her toddler with her to join ISIS, and Ali Akbar Zeb. A number of these were the so-called “paintball Jihadis”.

Yusuf Sarwar and Mohammed Nahin Ahmed were jailed on charges of preparing for terrorist acts.

These are some of the examples why Birmingham has been dubbed “Terror Central” by the British press.

British authorities meanwhile are up to their old ostrich games. Shortly after the latest Muslim attack on the British Parliament, they dispatched armed police to protect Birmingham mosques from some broken windows. Had there been armed police on the scene during last year’s attack on Parliament, some of the five victims of that Muslim terrorist attack might still be alive. That’s real broken windows policing.

Amnesty’s UK Director called the broken windows, rather than the murderous terror attack that preceded them, “another shocking example of a hateful attack on our streets.”

There are no shortage of hateful attacks coming out of Birmingham. But they’re coming from inside the mosques, not from outside. And yet the media and the authorities have already found it more urgent that windows were broken in a mosque than that a terrorist attacked a center of British government.

At the Birmingham Central Mosque, whose chair had attacked counterterrorism as Islamophobic for singling out Muslims, and which had booed a Muslim police commander after the previous parliament attack, a trustee whined about Islamophobia and claimed that they are the real victims.

“It’s affecting people who are the most vulnerable in society.”

The most vulnerable people in society aren’t Muslim settlers in Birmingham. They’re the tourists visiting the British parliament in 2019. Or any time another Birmingham Muslim terrorist tries to run them over.

Dozens at Facebook (Finally) Admit 'We Have a Problem With Diversity'