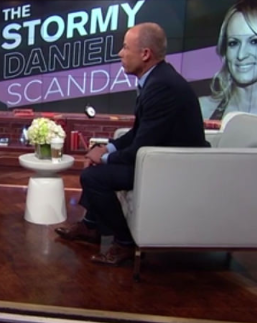 A CNN Opinion piece by Julian Zelizer is an amazing piece of wishful thinking. It analyzes the directions for success in 2018 and 2020 that were outlined by Michael Avenatti in a speech for a Democrat fund-raiser recently.

Avenatti, taking a phrase from Michelle Obama’s past where she is quoted as stating, “When they [Republicans] go low, we [Democrats] go higher.” And twisting it into a far more negative and divisive approach to political campaigns with, “When they go low, we hit harder.”

First, what Democrats call “hitting low” is simply telling the unvarnished truth about just what the Democrat Party has come to stand for in America. Their failed policies, divisive strategies, and immoral beliefs are all responsible for their failures in 2016 along with so many emerging illegalities that have yet to see a courtroom.

Between now and 2020, the Republican Party would have a completely winning strategy by simply ensuring that the Department of Justice takes steps to convene the needed grand juries. President Trump is doing his best to appoint honest judges that will hear those cases without the bias that has made it difficult to generate the level of public understanding needed for general understanding of the depth of the crimes committed over the years between 2008 and 2016. It will be a hard battle given the extreme media bias that has blocked the worst of the stories from seeing much national coverage.

The most glaring aspect of this speech is the person delivering it. Avenatti is certainly the perfect personification of the current Democrat Party – a creature of the legal Swamp if not the DC Swamp. You may recall that Avenatti is the “attorney” that has been pushing the Stormy Daniels story into every tabloid and CNN buddy that lacks enough fortitude to ignore a silly, frivolous attempt at personal gain through character assassination. Nothing about that case was either believable or, from every viewpoint other than their own, factual other than the questionable background of the person making up the facts as she went along. She needs to crawl back under her rock and take Michael with her. They would certainly find happiness together as they appear to be as alike as two peas in a pod.

But go ahead, Democrat Party, bring all these two-bit, fifteen minutes of fame types onto your stages at every rally between now and the elections this year and in 2020. It will certainly open the eyes of those who are willing to consider who these people are and why they cannot be believed. Making speeches on behalf of Democrat candidates should certainly offer opportunities for their opponents to collect ammunition to shoot back even harder. In the end, the “blue wage” will be more like a blue balloon that never got off the ground. Avenatti is probably one of the better assets of the Republican Party. Perhaps they will trot out some others that have zero credibility – like Amarosa.

Now that’s a woman that knows how to make an idiot out of herself in short order. Based on recent comments by people who were present at some of the incidents she claimed in her book as negative examples of President Trump’s behavior, her credibility should be on par for a speaking engagement at an upcoming Democrat campaign stop. Hey, maybe she should team up with Avenatti when President Trump decides to sue the heck out of her for libel. He seems to have the credible witnesses on his side.

Overall, Avenatti’s advice to the Democrats should surely guarantee their coming defeat. For that, he probably will deserve a medal.