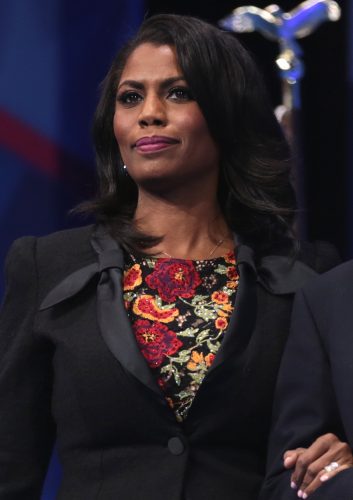 So it looks like this week we’re back to the “Trump is a racist” meme of the left. The Mueller investigation must not be going well.

I was at the auto shop yesterday morning getting the oil changed in my car and the TV was on NBC. And unfortunately I had to watch the interview with Omarosa whether I wanted to or not. It was just more verification that my decision years ago to stop watching mainstream TV news was the correct one.

So this woman has a book coming out and she’s on TV bashing Trump. Wow, what originality! That’s never been done before!. It’s a sad commentary on our society that people have to make salacious and outrageous accusations in order to sell a book. The content can’t just stand on it’s own (of course that is par for the course for the left).

To say that her story has holes in it is an understatement. Even NPR (N-P-R!!) couldn’t stomach it. And since many others have written on this I’ll just do a short re-cap of her accusations that has the press all a-twitter:

Satire, yes, but not far off the mark I think. But I do have a couple of observations.

To be serious for a moment, why all this and why now? A couple of reasons:

Of course we’ve seen all this before about 26 years ago. Omarosa is just the 2018 version of Anita Hill.

McCarthy on CIA Director Brennan: "The Most Monumental Mismatch In The History of Nominations."