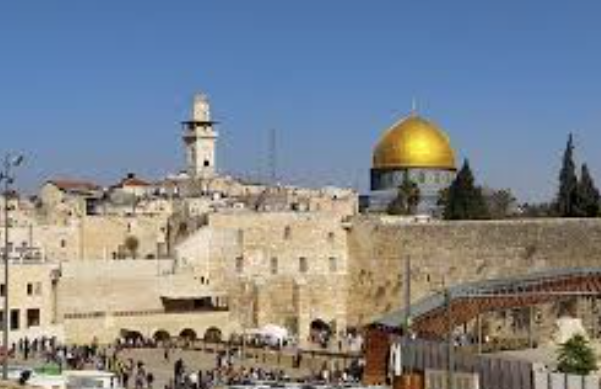 Israel is affected by the way Western politicians fail to fully comprehend the machinations of the Middle East. They and their diplomats are overly obsessed with doing business with dictators for the good of their national economies. It is far more important that their conglomerates and corporations are neatly intertwined with the ruling elite. It would be unseemly to be seen to be curious about the rumblings of discontent. That may disturb commercial relationships, and potential future lucrative non-governmental careers in the Arab and Islamic world. After all, good commercial ties with such regimes is ultimately good for the people. Right? Wrong. Just look at Iran as a prime example how wrong that platitude is.

Israeli writer, Amotz Asa-El, gave the Libyan example of the stupefaction of Western leaders as evidenced by total failures in grasping the nature of the Middle East beast in a recent article. The screw up by Western leaders has led to disastrous social and economic results for many European countries. Asa-El reminds us that in 2009 European leaders sold more than 344 million Euro of arms to Gaddafi and then, just a few years later, applauded his downfall to rebels and were celebrated by Britain’s Cameron and France’s Sarkozy who looked on Mustafa Abdul Jalil, the head of the Libyan National Transition Council as a liberator by claiming that “this will be a Libyan-led and Libyan-owned process with broad support.”

Cameron said he was in close contact with Jalil. A few weeks later, Jalil declared that new Libyan law would be based on Sharia.

These European leaders were blissfully unaware that the liberation they were celebrating was the start of Europe’s disintegration under the weight of the human tsunami as Libya opened the floodgates to millions of North Africans and Arabs, mainly Muslim, some Islamic.

As an Israeli I had no empathy for the mad dictator Gaddafi. However, they should have listened to him when he warned them, as NATO bombed his country, that, “Now you people in NATO, listen to me. You are bombing the walls that stopped African immigration” into Europe.

They didn’t listen. They didn’t comprehend what he was trying to tell them. Instead, they breached the wall, toppled Gaddafi, opened the way for an Islamic Sharia governance in Libya that has no respect for Europe and its values, and who have swamped Europe with millions of migrants who have no understanding or concern for Western values. Some came to exploit the opportunities. Other have come to exploit the system.

Part of the Western diplomatic shortcomings was that they were fine dealing with dictators and their corrupt henchmen, particularly those who sat on oil wells and dirty contracts with European and American conglomerates and corporations. For here was the potential for future lucrative careers after they shuffled off their governmental roles and entered private life with interesting and well placed people.

While in their overseas governmental positions their main task was schmoozing the decision makers, those that could sign hefty contracts. The concerns of the population were none of their concern. Sympathizing with the down-trodden got in the way of carrying out what they had been promoted to achieve, the trade that kept wheels of power, and private palms, well-greased.

And when these Middle Eastern potentates added a condition to support them in their condemnation of Israel in international forums it was easy to give the nod.

They misread the tealeaves as millions took to Arab streets. They watched, expressing sympathy for the rioters only when the toppling of their favored dictator looked certain. They called it “the Arab Spring,” though those close to the action, like Israeli national security and intelligence experts, warned it was closer to becoming a stormy Islamic Winter than an Arab Spring. Events in the Middle East and North Africa proved the cynical Israel realists were closer to the truth than blundering Western politicians and their totally unprepared national security heads. Just look at the Obama-praised Muslim Brotherhood Morsi who usurped power from Mubarak, or Libya and the murder of Ambassador Stephens and his security team as the president, the NSA, CIA chiefs and Secretary of State Clinton waffled, blaming it on an amateur video, and did nothing to rescue the trapped but fighting crew at the US compound in Benghazi. Look at the failure of Obama red lines in Syria, the mocking of ISIS as a “JV team,” the sucking up to the Islamic Republic of Iran at any costs to get the awful nuclear deal done, and the all too slow realization that parts of Europe have become cultural and social nightmares for the indigenous population.

As Israel watches the unraveling of Europe, hear the fears of local Jews, witnesses the insanity of American Democrats demanding open borders, sanctuary cities that protect criminal illegal migrants and endanger their lawful citizens, it seems that the outside world has gone mad.

We have built our border fences and, where necessary, border walls, despite the outpouring of condemnation, and we are, statistically proven, safer because of it.

We allow into our country the people we want in our country, those with a commitment to the betterment of our land. Those that come because they want to belong here as part of our people.

We live in a dangerous neck of the woods constantly on our guard against deadly enemies far and near. That’s why we have the best fighting force in the world, out of sheer necessity.

And yet Israelis are among the happiest and confident people in the world.

This feeling is only emphasized when we see the political and social chaos that is affecting Europe, Britain, and America.

Barry Shaw is the Senior Associate for Public Diplomacy at the Israel Institute for Strategic Studies. He is the author of several books, including ‘BDS for IDIOTS.’

"Invalidated: The Shredding of the U.S. Patent System" Screening in Dallas