“We all agree to better secure the border, and to punish employers who choose to hire illegal immigrants. We are a welcoming and generous people here in the United States, for those who enter into our country illegally and those who employ them disrespects the rule of law.”
-Senator Barack Obama, 2005

“I think we should enforce our borders, to have a situation where over 40% of our babies born on Medicade in California today, are born of illegal immigrants, creates a very real problem to the state…that’s not what this nation is all about.”
-Senator Dianne Feinstein 1994

“Mexican’s government policies are pushing migration north, there isn’t any sensible approach except to do simultaneously, secure our borders with technology, physical barriers if necessary, we need to have tougher employer sanctions, and if committed any kind of transgressions, they obviously need to be deported.”
-Hillary Clinton 2006 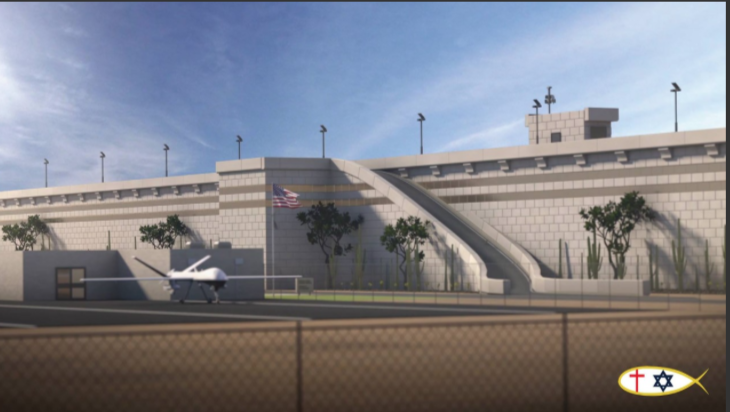 If it was true then, it is true now. During my first visit to the border helping Mark Hager make our first documentary together of the border called “Invasion, Freedom Under Fire 2.”

Sheriff Larry Dever of Cochise County, Arizona, had Mark Hager and me in his truck on top of a mountain, where we could see over 100 miles into Mexico and over 100 miles into the United States. As we were coming down from that beautiful scene, I asked Sheriff Dever, “What is it specifically, that you want from us, the Tea Party? What are you hoping to get from us?” Sheriff Dever stepped on his breaks, slapped his truck into park, turned sideways in his seat and looked at us directly in our eyes and said,

“Listen, we have been dealing with this problem for decades now, and it just keeps getting worse. We have personally testified before congress, sat there explaining in detail, the horrors and illegal wrong doings from the multitude of illegal traffic coming across our borders and the atrocities American families have to endure on a daily basis, and both sides of the isle in congress all showed empathy, nodded yes, as they agreed to do something about securing our border, and nothing has been done. We gave interviews to all the major news networks, and we gave them testimonies of the horrific circumstances we are faced with, and they too said that they would make sure to get the correct information and stories out to the American people. But yet again, nothing has been done to eliminate these hardships. So you, the Tea Party, are our last hope, you are our last hope to get our message, the truth, out to the rest of America.” 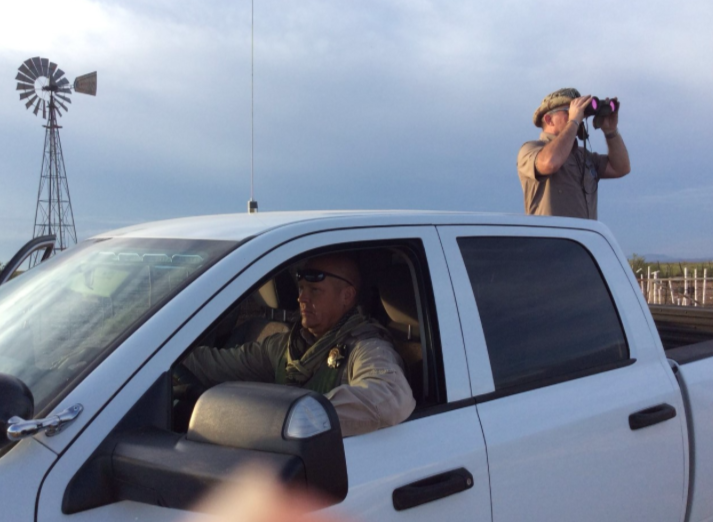 Mark and I both gave Sheriff Dever our solemn word that we would do this. Sadly, not even two weeks after we left the border, Sheriff Dever was killed while driving in his truck alone, and our word we are keeping continuously in his honor.

The swamp in Washington D.C. has become so corrupt, that we can see the change the politicians make in their fight, based on what influences are guiding them at the time. Principles, rule of law, and the Constitution seems to be all back burner priority to them all. The three examples I just gave at the opening of this article by Obama, Feinstein, and Clinton could be actual speech material for any politician on the far right today. Hypocrisy and tribal warfare seem to be the norm within our United States government today, that is slowly transforming away from the Republic it is supposed to be and into a socialist democracy, that pushes away from the American Dream. It’s sad, and makes me very angry. Why? Because all three of those progressive examples I gave above have given recent statements of doublespeak and far left talking points that reveal the opposite of what those opening statements would lead you to believe.

After our first documentary, Mark and I brainstormed on the idea to do another documentary where we would drive the over 2000 mile southern border while meeting with the sheriffs, ranchers, and border patrol to further keep our promise to Sheriff Dever. The National Tea Party Patriots funded the project and we finished the entire project to include the distribution of it to all 50 states, free of charge, and never made one penny from it, even though we spent around $250,000 making it. You can see it free on YouTube here: https://www.youtube.com/watch?time_continue=3&v=k1I_NhPNcfs

But now Mark and I have teamed up with two others (Tony Penna, and Jonathan Goetsch) to form the U.S. First Defense Coalition and we are developing this organization, as we speak. We took the time and effort to help another good friend of mine, Burt Keefer and his company, https://americaworking.org, Keefer Productions, who was creating his first of a series of 3 videos dealing with American sovereignty focused on our borders and the need, to truly secure them. This fact filled short movie, gives in detail the reasoning of securing our nation with an actual wall, not a hodge-podge of metal debris. After viewing this, you the readers, have to push it out to all your networks, so again we can get the actual facts out to the American People, and of course continuing our mission to honor our word to Sheriff Larry Dever. I would be grateful for your support in doing this.

The video shows that the first order of mandating a fence of 700 miles along the southern border was the Illegal Immigration Reform and Immigration Responsibility Act of 1996. This was amended in 2006 by the Secure Fence Act, which added to the mandate the addition, that the 700 miles of fence must have a second layer of fencing as well. This secondary fencing proved to all to actually stop illegal entry in the areas it was deployed, only to be amended again in 2008 with the Consolidation Appropriations Act, which “removed” the mandate of a second layer of fencing.

All you need to do is look at the administrations in control during each of those years to get an idea of the tribal warfare purposely dividing the American people.

So through all of this bureaucracy and different political ideologies, internally, within our government, and yes, while ignoring The Constitution, specifically article 4 section 4.

Meanwhile, all we have to show for the past 5 administrations is 37 miles of fencing that will actually stop illegal traffic, 668 miles of hodge-podge fencing that does not stop anyone, and 1,284 miles of NOTHING AT ALL.

For more details watch “America’s Great Wall,” then search those facts for yourself. Look, without our borders defined, protected and secured, we will never be able to maintain our sovereignty. Defend it.