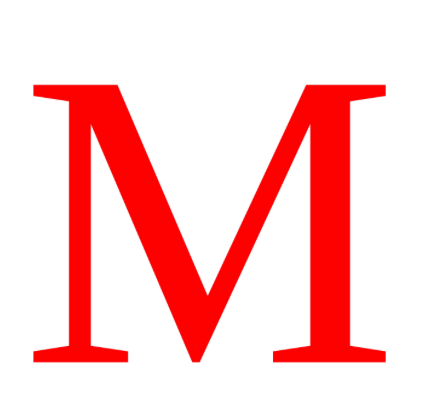 As I wrote in the July 20th Politichicks article, “Surviving Loss With Humanity Intact: Flesh and Bone,” this has been a year of intense loss. Yet, it is the memories that soothe me in this path of rapid change that is 2018. One of the more sterling memories of my Mother was whenever I came upon a word in a book or an article that I did not understand she always had a standard reply.

Mom always sent me to the dictionary. She taught me how to make language fun and to consider how to appropriately use a new favorite word in my conversation and in my written work. Well, it took tens of thousands of written words and hundreds of thousands of read and spoken words to effectively apply that principle. My Mother’s wisdom should be embraced by all parents.

For 2018, my new favorite word is Maladministration. I have found a lot of avenues in the world’s conversation and discourse to apply this term. This applies like a well fitting suit in my observations of the activities, or lack there of, of the United States Congress and the American Media.

Maladministration means, by way of Merriam-Webster, “Corrupt or incompetent administration (as of a public office). To a lesser degree, it also means an “incorrect administration ( as of a drug).” I prefer the Cambridge Dictionary definition which defines maladministration as a “lack of care, judgement or honesty in the management of something.” Various dictionaries of business terms also define maladministration as “A situation in which the people who manage a company or organization behave in a careless or dishonest way and cause serious problems.”

It does not take a great deal of detailed analysis to determine that the current United States Congress is a living example of active maladministration. After all, many elected representatives continuously behave in a careless and dishonest manner.

Take Democrat New York Senator Chuck Schumer, for example. In May 2018, Senator Schumer sided with the violent street gang MS-13 after President Trump called these violent thugs “animals.” Perhaps, as an avowed animal lover, President Trump may have been giving these horrific cretins far more credit than was due to them. I prefer the term demons myself.

Anyway, Senator Schumer compared this criminal gang to “our great-great grandparents coming to America.” Really Senator Schumer? Which family tree were you shaking? It demonstrates the intellect of a small round soap dish principle of Senator Schumer’s native intelligence.

Or shall we consider the insipid ravings of Democrat California Congresswoman, Maxine Waters? In June 2018, Congresswoman Waters called for the public harassment of Trump Administration officials. Last I remember, inciting violence and riots is still considered a crime. Do you desire to embrace the blatantly ignorant? Well, just listen to Rep. Maxine Waters beating the drums of hatred and bigotry.

It is a good thing that Rep. Hank Johnson and Maxine Waters don’t have any children together. They would probably produce pet rocks and than aptly name them Pebbles. The ignorance and inappropriate behavior of these elected officials is the best argument against redistricting and gerrymandering.

Of course, the Democrats do not have a monopoly on being inefficient, incompetent or dishonest. Congress is an equal opportunity dysfunctional body. Republican House Speaker Paul Ryan is an insult to the American people. Thank God, he is stepping down. Both sides of the aisle, namely the malcontents and the criminally corrupt, should take the shortest road home.

The Mainstream Press also practices maladministration with their lack of accurate, substantive or fair reporting. They wear their hostility like some strange badge of honor. Or is it a scarlet letter? Their unfairness to President Trump would be laughable if there were not some misguided souls that still listen to these media mall rats.

As someone who pursues a life in music, works retail and has worked in banking, I have suffered the slings and arrows of maladministration in everyday life. Leading by example is almost an archaic term and protecting your people’s backs seems to be a long lost principle. Whether in the public eye or in the private sector, mediocrity is embraced while excellence is scorned.

For me, morals and a consistent sense of honest evaluation is the path to avoid maladministration. Every day I pray to avoid the pitfalls that are inherent in living a cruel or insincere existence. I respect what I should revere and observe the ridiculous with the smallest grain of salt.

Brandon Straka on the #WalkAway Campaign