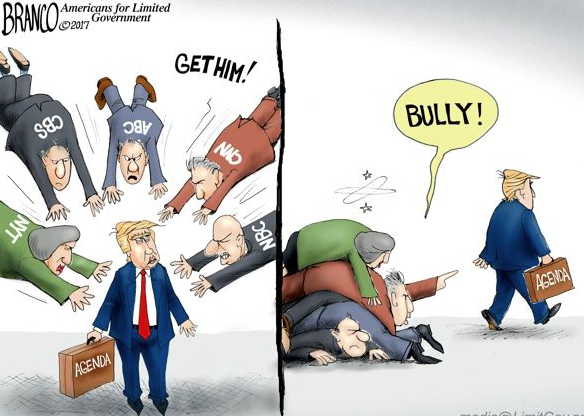 A long time ago, in a galaxy far, far away…..there was a Democrat Party and Main Stream Media (MSM) which thought it was ok, even patriotic, to question our government, including our intelligence agencies. Where those would call Russia a current threat to the United States were seen as crazy, and diplomacy was the gold standard.

What a difference a few years can make…

At the Russia Summit in Helsinki yesterday, President Trump made comments that were seen as criticizing US intelligence data, based on President Putin’s denials of meddling in the 2016 election. The immediate reaction was swift – liberal screams and fake outrage. President Trump was immediately attacked, called a traitor, accused of weakening America, being in bed with Putin (literally and figuratively), not being strong enough to Russia, and worse.

But in just the recent past, things were much different.

Anyone else remember when President George W. Bush went to war in Iraq based on US intelligence which claimed that Iraq had weapons of mass destruction? I seem to remember many Democrats and the media questioning, even attacking, both President Bush and the intelligence community over these claims, which were later found to be false.

That is not the only example of such missteps and criticism. Democrats were quick to blame faulty intelligence in how Secretary of State Hillary Clinton handled Benghazi which resulted in the death of 4 Americans, including a U.S. Ambassador.

In the 2012 Presidential election, Republican nominee Mitt Romney stated in a debate with President Barack Obama that Russia was our “number one geopolitical foe”, more so than China, Iran and North Korea. Pres Obama responded to candidate Romney, mocking him, saying “the 1980s are now calling to ask for their foreign policy back”.

During 8 years of Barack Obama, we had to deal with Obama’s apology tour for American exceptionalism to various Nation’s around the world. When many Americans felt that the Obama administration was too weak on issues and with many Nations, whether it be the Middle East,  North Korea, or even Russia, we were told about how important diplomacy was, and how we should reach out and build bridges between Nations, rather than jump to more adversarial options.

Warp speed back to the present…

According to Democrats today, it’s not ok to question or doubt our intelligence agencies. To do so is unpatriotic. Suddenly the intelligence community is never wrong, their findings are always ironclad and there is never an issue of credibility or motivation, even when there continues to be investigations into corruption and bias in our most powerful intelligence and law enforcement agencies.

In less than 5 years, we now find that Democrats and the MSM, who laughed at Mitt Romney’s comments, are suddenly living back in the 1980’s. Russia is not only public enemy #1, but liberals, and even some anti-Trump Republicans, are creating a hysteria against anyone who would even speak something positive about Russia or Putin. It must be collusion!

President Trump took a major step yesterday in diplomacy by meeting with President Putin. While he, nor any of his advisers, hold any delusions that Russia is our “friend”, that doesn’t mean that our Nations can’t work together on areas of mutual agreement. A good relationship with Russia is important in the world beyond just the relationship between our two countries. The conflict in Syria is one which can be greatly impacted by a good relationship with Russia, from a national security and humanitarian  perspective.  The conflict is a major issue for the US which is entangled in Syria due to our fight against terrorism and Islamic extremism in the region. Israel feels threatened with Iran’s involvement in the conflict, right near Israel’s border, and the resulting refugee crisis coming out of Syria has become a crisis for Europe.

Suddenly though, diplomacy is not the answer. Talking to our “enemies” is not the answer. President Trump, willing to put the accusations of election meddling by Russia aside, to open up an important dialogue with Russia, is a traitor, even though pressing the meddling issue further is a moot point. Russia will never admit to and will never turn over their people for prosecution.

The 180 switch of Democrats and the MSM is enough to think one has entered the Twilight Zone, but there is even more…

We are talking about the current actions of a Democrat Party that is now publicly embracing Socialism and a progressive end of their Party which call themselves by the oxymoron “Democratic Socialists”. Their ideology and their tactics would make the former Soviet Russia proud, yet they are the ones demonizing Russia, and any efforts to work with them. A Russia, which is far from the freedom of the US, but still the furthest from it’s Soviet communist past than it’s ever been, is being demonized worse than it was during the Cold War, by a Party who now praises the ideology that created the Soviet Union.

The hysteria of the left, it’s hypocrisy, and it’s double standard all boils down to one thing – their hate for President Trump. This hate extends even across the aisle to some Republicans as well. In fact, you could better sum up this group as Pres Trump would – the swamp. This isn’t about Russia, this isn’t about Putin, this is about the political elite and their hate for Trump born out of their fear of losing power and the status quo. The swamp will stop at nothing to get him out of office, even one which hurts the United States.

It’s time to come back down to earth…

Don’t let them fool you. The ones we should be most concerned with are among us, and ironically, none of them are from Russia.