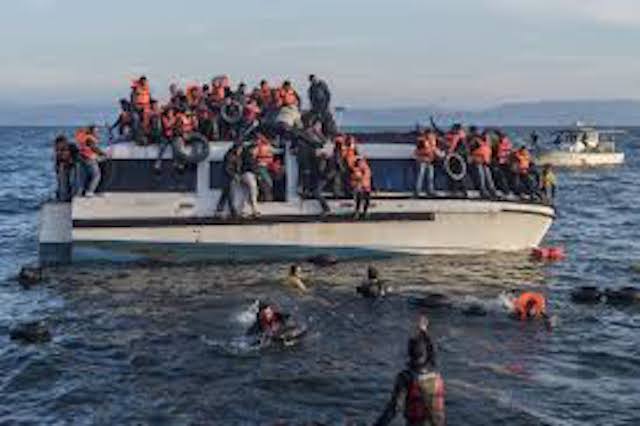 I stumbled across an interesting website recently, Voice of Europe. This article offers the first glimmer of a growing discontent with the uncontrolled movement of North African and Middle Eastern migrants toward the EU countries.

For several years now, those in control of the EU government have fought its members over the “refugee quotas” they imposed on each country without regard to the impact of this major influx of third-world immigrants that have neither the skills or desire to contribute anything positive to European culture or economic well-being. In virtually every case, those migrating from Muslim-dominated countries show no signs or inclination to assimilating into the society to which they traveled. Instead, they choose to create enclaves of isolation and soon become focused on simply ignoring local laws and customs while attacking, raping, and stealing from the local populace without concern for the consequences to society.

Now, though, we are beginning to see the leaders of several countries begin to stand up to the EU power structure in saying, “No more” to the influx of migrants. According to the article, Italy actually turned away a “rescue boat” with a large number of persons claiming to be refugees as it attempted to approach an Italian port. Others, like the nations of Hungary, Poland, the Czech Republic and Slovakia have joined the chorus of refusals and/or resistance to accepting the quotas of refugees being demanded by the EU government.

The outcry and resistance has now reached a pitch that is unlikely to be ignored as the German Interior Minister, Horst Seehofer, has taken a stance diametrically opposed to Chancellor Angela Merkel’s leftist position of maintaining an open-border policy. It is said that this disagreement could ultimately threaten the stability of her coalition government.

Seehofer has found another ally in Austria’s Chancellor Sebastian Kurz. Between Italy, Austria, and the other resisters in Hungary, Poland, Slovakia, and the Czech Republic, it would seem like momentum is building toward a return of populist nationalism similar to what has been experienced in the United States since the 2016 Presidential campaign.

So, what will happen now? From everything I have read or seen, the movement to close the borders of the EU to unbridled immigration is about to reach highway speed. Keep in mind that in addition to the countries building resistance described above, a recent speech by a Danish General to a class from a military school put it this way…It is likely that we (Danes) should be preparing for war within the next few years. Sweden has become the rape capital of the world after allowing several years of unfettered immigration from some of the same countries. We all know what sort of a mess Great Britain has become since they allowed hoards of young Muslims into their midst. Their most recent count puts them at the head of the list when it comes to murder rates – many of which have been committed by those same “refugees.”

The lessons to be learned here, especially for Americans, is when you fail to control your borders you will quickly lose control of your culture, your traditions, and your ability to function as a sovereign nation. This is, part and parcel, the goal of the progressive left. The more “diversity” that can be jammed into a single country, the more difficult it becomes for that country to manage their affairs. It also raises the levels of violence and terrorism along with general disrespect for the country’s laws.

Unless every country in the world that is currently allowing their borders to be overrun by un-vetted people who cannot necessarily justify their refugee status, it is highly likely that what was started a thousand years ago or more in Europe will require the sort of response that was taken when the Crusaders of those times had to expend enormous treasure and lives fighting back the Muslim invaders.

History has show us their blueprint.

Our only choice, at this point, is to decide whether we will surrender or fight back. It appears that Europeans are finally beginning to make their choice. Let’s all hope and pray they have not waited too long. America needs to take heed and make its choice very soon. President Trump is trying, but without our support, it is difficult to imagine that the Congress will cooperate any time soon without a lot of input from frustrated citizens.