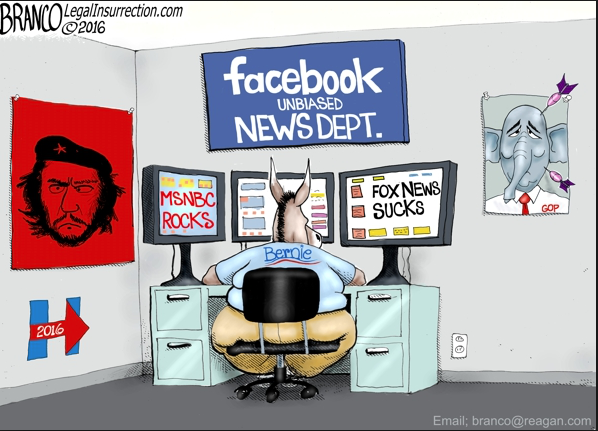 Facebook has been in the news frequently in recent month with founder Mark Zuckerberg being called before Congressional Committees to explain data breaches and his senor staff more recently being questioned by Congress regarding censorship and its community standards.

I say, rightfully so, at least for the latter. If you are going to question anyone about data breaches, you should rightfully haul a whole bunch of retailers, bankers, and other such entities before the same committees. Data breaches are getting to be a weekly news item lately.

The issue of censorship taking place on a corporate website is a novel issue. Until technology reached the point where such a social media platform existed it was never an issue. As in many other instances, when technology outruns the legal structures of our governments, confusion and concern are both soon to follow.

In the case of social media, there are a couple points that sorely need to be pointed out because they don’t seem to be getting the public airing they deserve.

First, there must be an acknowledgement that a corporate-owned website is not the same thing as the government. Our constitution protects us against efforts by the U.S. Congress to stifle freedom of speech (along with several other freedoms identified in the first amendment). It does not, however, extent the guarantee that one’s ability to speak freely and without repercussion when in a non-governmental venue.

In fact, if our federal courts were to examine the intent and purpose behind the first amendment based on the writings of our founding fathers, they would not be able to extent the protections of the first amendment to actions by state governments or municipalities when it came to insuring the freedoms listed in that amendment. It clearly states, “Congress shall make no law regarding…” It states nothing about any other entity. States do not have “congresses”.

Truth be told, the representatives who gathered to write our constitution were very concerned about relinquishing power to a central government. They did not want the federal government telling the states what they could or could not do with their own states. When it came to religions freedoms, there was particular concern since just about every state was occupied largely by different religious faith traditions. None of the states wanted the federal government to decide to pull a fast one and force them to worship in a particular manner as was the case in England which they had just broken away from. This was the main purpose for the first amendment.

If a private entity, however, decides to create a business based on encouraging the public to “join” and invite their friends to join so that they can maintain social contact and discussion of any number of topics among themselves, and after encouraging people to do so, they utilize personal data gleaned from these participants to entice advertisers to target specific individuals with advertising based on their interests and friends’ interests, they have created a pseudo-pubic forum with little difference from the community gatherings in the town squares of countless towns across America before the advent of the internet and electronic communications.

There are two difficulties presented to the management of Facebook and other similar entities when it comes to freedom of speech and censorship:

I expressed a far more limited version of this opinion on the Facebook group set up for group administrators to share thoughts on maintaining their respective groups in an orderly fashion. I was quickly chastised for bringing up a “hostile” subject on a forum that was intended to be positive in nature (whatever that meant). Further, I was told that if I didn’t like things the way they were, I should leave. One person even questioned how I managed to gain an invitation to join that group. I can only assume the question was proffered because all of the members were supposed to be good little drones that were there to keep Facebook #1 in the social media rankings (who’s Number 2?). I believed, apparently mistakenly, that the forum was intended to improve the experience for the members of our groups. Silly me.

The bottom line for me is simply one of honesty and fairness. If Facebook were to have presented their “Terms and Conditions” in a clear, concise, and readable manner that stated that political and ideological viewpoints that conflicted with those of the management or screeners would be subject to “Community Standards” that could be arbitrarily interpreted to mean whatever Facebook decided at the time, then anyone signing up for an account would be forewarned and have no right to complain. But given the fact that the “Community Standards” are presented as reasonable and fair and intended only to maintain appropriate decorum and decency, and no other mention of censorship rights are provided, then the entire premise whereby membership is solicited is rendered fraudulent and deceptive.

There are only two remedies for this situation. The first and most onerous is federal regulation that ensures objectivity and removes politics and ideology from the equation (a doubtful premise to begin with and not something Facebook would likely invite). The alternative is for Facebook to correct the overbearing and questionable practices of its management and screeners and revise its processes and standards to ensure that politics and ideology are treated in a neutral manner. To do otherwise will likely bring forth the former remedy or there will eventually be an exodus of sufficient numbers from Facebook in favor of a less restrictive forum in which social media communities can gather. While there is some reluctance on the part of many to leave where they are comfortable, sooner or later, critical mass will be reached and the value of advertising on Facebook will diminish to the point where Mark will find himself seriously undervalued. Time will tell.