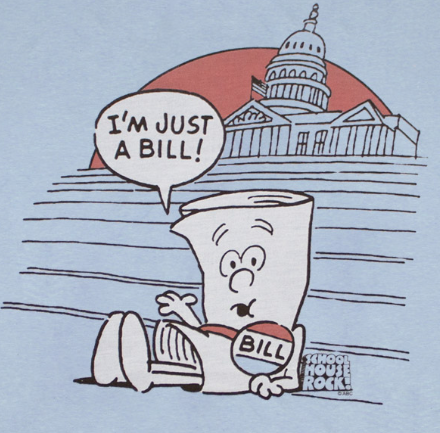 According to Education Week, Principals were surveyed regarding civics education in their schools. Close to half responded that students are getting “too little” Civics education. What a revelation! In spite of a generally obvious deficiency in this area among many students, nearly half do not agree. Apparently in their cloistered world of leftist ideology half our school principals have been so isolated and/or didn’t care enough to pay attention to what conservatives have been saying for decades.

The bug in the ointment comes when you start dissecting the word ‘Civics” and see what it means to the majority of academic leaders. What seems to get the emphasis these days when it comes to teaching civics is how to “become engaged” (examples included walk-outs and demonstrations about causes that the student feels strongly about). What, to these folks, is lacking is students knowing what to do when the walk-out is over – what’s the next step?

Unfortunately, like too many other things, civics has come to be known as something different than what it meant 50 years ago – sort-of like the “new math.” Civics used to mean a study of government structure, principles, and practices concerning how it works, what authority different officers hold, and what keeps one officer from becoming too powerful (the checks and balances thing).

Civics used to be integrated with studies of the federal government, the Constitution, the Bill of Rights, the amendment process, state and local government, U.S. History, World History, and how all these fit together. Apparently, such is not the case anymore. How many civics courses address a state’s constitution? I am guessing, but imagine very few.

An interesting aspect of the survey responses showed that around half of the principals believed that the problem of controversy in discussion political subjects made teaching civics very challenging. I also find that disturbing. Teaching civics should be about how the system works, not how to take sides over a specific issue. As a means of illustrating the concept of a representative republic, controversial issues might be raised in a historical perspective that allows students to examine the reasons why decisions are made for or against a particular issue before Congress.

It should not be necessary create an in-class debate or stir the students up regarding specific issues. In fact, what is very difficult is to find teachers who are faithful to the caveat that their personal position regarding political issues should be left in their car in the school parking lot rather than allow them to be exposed to their students in the classroom. After all, the teacher is there to teach their students how to think, not what to think. When that line is crossed, the students are being indoctrinated rather than educated. A lot more of that goes on today than many parents realize.

Until schools across the U.S. return to some realistic, objective teaching of civics in the old sense of the word, it will be difficult to find students who either understand the system and how it works or are well-enough informed to seek out objective facts to support or oppose a particular issue that might appear in the news or in their neighborhoods.

One of the classic examples of a subject that ties in with both the federal government, the constitution, Bill of Rights, and local government, but is least understood by the vast majority of high-school students is local planning and zoning. These issues are critical to understanding how government can be dangerous if not controlled. They are also critical to understanding the instruments that government uses to control the citizens and limit their individual freedom. Planning can adversely impact individual property rights through changes that reduce the property’s value or that increase the cost of owning the property through increases in taxation based on property location. Zoning can also impact the ability of a property-owner to quietly enjoy his property without government restrictions based on what is advantageous to the government or satisfies the demands of nearby property owners that do not like what the owner is doing with his property. Zoning can be changed arbitrarily or as a part of planning which determines future land uses within a community. Seldom do individual property owners get much input into these decisions unless they own enough property to make their opinion worthy of consideration.

Unless students receive a broad and well-presented education in how all the parts of government function together to bring about an orderly but free society, they will be ill-prepared to cope with reasoned decision-making. Rather, all they will be able to do is wave signs, scream, yell, disrupt and then go home thinking they have had an impact. That impact might last a day or two, but it will not be the same as knowing what they need to know to enter into rational discussions with community leaders that will influence their decision-making.

All the noted segments of the classical civics education must be present in order to know how all the pieces come together. Perhaps if there were a way to grade a civics exam without a student having to write a lucid essay subjects like civics would be included in the overall rating of our school systems. Because it is not, not nearly enough commitment to it exists.

Before this deficit is wiped away, it is necessary for all our school principles to first understand what comprehensive civics education entails. Then it is is incumbent on them to argue before their local boards to elevate civics to the level of importance it justifies. Only then will our future leaders be equipped to face the challenges of governing responsibly when their time comes.

The EU: Awakening to the Illegal Immigrant Risk