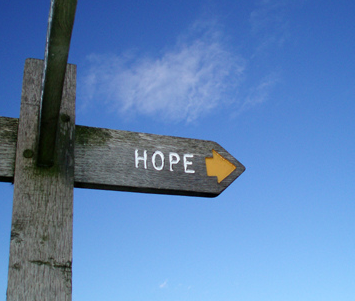 I read a rather disturbing article in The Atlantic this week (here). I started to write a response in the form of a letter to the editor of that publication but decided that it would probably be deleted without serving much purpose. I hope that those who read this, read the article before continuing so that my response to it makes more sense. You’ll either love it or hate it, but it needs to be said. Silence, after all, equals consent.

I can see that there are finite limits to one’s tolerance of delayed gratifications and poverty’s grinding feeling of helplessness, but as a 70 year old retiree who was raised in a single-parent family with brother and a mother who worked 6 hours daily at the local Sears store for 95 cents per hour plus a 1% commission on the power tools she was able to sell, I am perplexed by what appears to be the excusatory nature of the article. It is almost like giving those in poverty permission to feel helpless. Perhaps the studies are looking at the wrong things.

Based on my lay observations, it is clear to me that much of the poverty we see today has more to do with the disintegration of the nuclear family than it does with inability to escape the bonds of poverty after the fact. While there are likely going to be small percentages of any community who are less well-off than the rest. The percentage of our national community who live in “poverty” has increased in recent years (the past 50-60, at least). During that same time-frame, much of the foundation of the nuclear family has been eroded by the “post-modern” views regarding faith, family, traditional marriage, sexuality, homosexuality, transgenderism, gender dysphoria, etc. etc. All of these things have been foisted on society as battering rams that suggests that everyone should be able to decide their own morality and should answer to no one for their actions; the individual is the only arbiter of right and wrong. As a result, we have seen our education system fail us. We have seen endless jobs go unfilled because either the skills have not been learned or the ability to pass a drug test is beyond the workforce to achieve.

Much of this deterioration can be traced back 100 years. With the beginning of the Progressive/socialist movement in America there has been a continual effort to divide the population into the smart and the dumb, the intelligent and the ignorant, the ruling class and the peasants. In order to achieve that division that keeps “the unclean” squabbling among themselves and ignorant of the elite’s manipulations, it was necessary to do two things: Capture the education system and use it to indoctrinate the masses to know their place as the workers of society rather than the rulers. The “equal opportunity” dream has to be crushed and replaced with a “this is our lot in life” fatalism; and, do whatever was necessary to erode the traditional family structure that has proven the most successful means to raise responsible and well-behaved members of the next generation of citizens. In place of the family and faith, government must be substituted as the savior of the world.

The effort made little headway until the 1960s when a rebellious counter-culture attempted to make the youth believe that to be successful was evil and poverty was a virtue. While it succeeded for a decade, the lure of bright lights and new gadgets slowed the movement to get people to accept less out of life in America. From the 70s to the 90s, much of America was so consumed with consumption and excess that socialism was focused almost totally on higher education as a means of bending young minds to the progressive cause. Political socialism was still considered anathema to most Americans over the age of 40.

From the turn of the century, the children of the 60s had become the politicians in control of our government and many of them believed that they could use their power to enrich themselves and insulate themselves from ever being faced with poverty again. They would be forever the elites while the rest could settle for the scraps. The policies of the 60s did little to help minorities and the poverty-stricken because they were inadequate in their resources and wholly aimed at keeping the less fortunate dependent on government.

Making it easier on people does nothing to empower them. Through the schools, young people are taught that the system is rigged but not in the way it is actually rigged. They are taught that they are poor because of who they are, where they come from, or because white folks are evil. They are being taught to fail as a means of dividing the community and perpetuate unrest. Meanwhile, nearly unrestricted access to our country and its resources via illegal immigration has ballooned the poverty in our country beyond the ability to comprehend or to deal with. Fraud and criminality has become acceptable to many and ignored by the rest if it doesn’t impact them in a noticeable way. We reap what we sow. When the laws do not apply to those in control, they will be ignored by those who aren’t in control. Hypocrisy breeds contempt and rebellion. We are rapidly approaching that point.

So before we focus on studies that prove that it is impossible for the poor to believe that they can escape the bonds of poverty, perhaps we need to prove to them that they can. Perhaps we need to do the things that would discourage the things that have contributed to the destruction of so many two-parent families. There is ample evidence on the research record demonstrating that broken homes contribute mightily to poverty, crime, drug-use, and broken lives.

The research is clearly on the side of a revival of faith, family, a work-ethic, drug-free living, and a shedding of the cancerous dependence on government hand-outs as the way out of poverty and the hopelessness that has trapped so many of our fellow citizens. Government is not the answer and giving up is not the solution that the cited research suggests it is. The real question is if we can return to a healthy respect for the laws of Nature and Nature’s God? Can we repair the damage that has been done? It will take generations because it must begin with the children. It must begin with faith in something greater than self. I pray we find the way back.

Jamie Glazov's New Book: Jihadist Psychopath: How He Is Charming, Seducing, and Devouring Us