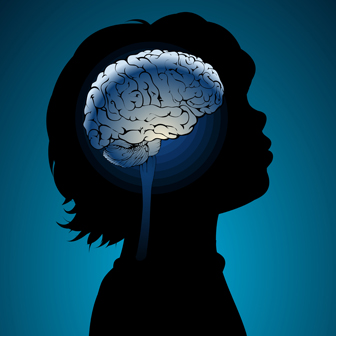 A child who has been sexually abused may experience many detrimental effects on his or her healthy brain without ever fully understanding the damage that has occurred as a consequence of the abuse.

The impact of sexual abuse can include– emotional, social, and physiological issues and can also lead to unchecked developmental difficulties. Such difficulties can even be measured by examining abuse survivors’ brains.

Many don’t realize how sexual abuse contributes to stress on the survivor’s brain.

“Children with a history of sexual abuse often suffer the consequences of what science calls “body dysregulation.” This means that children and adult survivors respond to stimuli in their everyday lives to an exaggerated degree. Many survivors are hypersensitive to sounds, smells, tastes, and touches that are otherwise safe or don’t deserve such a dramatic response.

This degree of nervous response can take its toll. An overactive stress response inhibits many everyday life functions and can lead to troubles socializing normally with other people. Stress can also lead to self-medicating and substance abuse as “outlets” to curb anxiety. You may even pass up positive events or life-changing encounters thanks to an over-inflated sense of fear.

Some survivors’ nervous systems may also “numb” them, a condition scientists call “analgesia.” This means the child or adult has chronic trouble evaluating their own internal physical sensations. If they hurt themselves, they may not realize it until their condition becomes dangerous. The opposite can also be true: Many adult survivors of mistreatment complain about chronic physical problems where no true cause exists.”

Sexual abuse can also affect other brain structures. KeepsKidsSafe.org also explains that “the cortex is responsible for the majority of our rational decision-making, planning, and analytical abilities. The hippocampus is a deep-brain structure that helps process emotions and memories. These structures work together to help children and adults learn new things. The stress of abuse compromises these parts of the brain. With a damaged ability to learn, it is an uphill battle for abused children and adult survivors alike to learn coping mechanisms and new ways to frame their experiences with or without therapy.”

Chemicals inside the brain are also affected by sexual abuse. According to KeepKidsSafe.org,  “Chemicals inside the brain are crucial for development and are also at risk. The hormone cortisol, for example, is responsible for our stress response. In the mind of an abused child or adult survivor, cortisol is produced more than in the brains of people with no history of abuse. Other chemicals specific to the brain (neurotransmitters), such as serotonin, epinephrine, and dopamine, help regulate our good moods and sense of accomplishment. Abused brains tend to make less of these chemicals, which can lead to bouts of depression or “impulsive aggression” later in life.

What’s more, very high levels of stress chemicals change a child’s brain circuitry. The more pronounced the stress and abuse, the more “toxic” chemicals such as cortisol are to the system. Research also shows that victims who were abused by close family members must cope with more negative brain development outcomes than other victims of abuse.”

Sadly, many cases of abuse are not being reported and these invisible children are left suffering with the damaging consequences.

Mike Tikkanen is the Founder InvisibleChildren.org, President of KARA (Kids At Risk Action), Author of the book “Invisible Children,” and a voice for abused and neglected children around the globe.

Tikkanen recently wrote (IF YOU ONLY KNEW):

“If you knew that being raped at five years old destroys normal brain development and not just a child’s brain & life but the adult he or she becomes, would you make a greater effort to end child rape in your community?

If you knew that half of the children in your community’s child protection system had been raped would you be more likely to support affordable daycare, crisis nurseries and other child safety net programs?

Successful suicides by very young children are rare, but what is not rare is their self loathing, self harm and attempts at suicide. When seven year old Gabriel Myer hung himself in Florida he left a note that could have been written by an adult about how he hated being forced to take Prozac.

My first visit as a CASA guardian ad Litem was to a four year old in the suicide ward of a hospital. 6 year old state ward Kendrea Johnson hung herself in a foster home not far from my home a few years later.

I’ve watched these sad stories repeat themselves in the lives of countless children. Half of the 50 children I’ve helped remove from toxic homes were sexually abused. One two year old, five children under five and the rest under ten. Others were burned, badly beaten, left in cribs for days without food or human touch.

Whether it’s rape, beatings, starvation or some other kind of repeated in home hell, millions of INVISIBLE CHILDREN live lives of torture (WHO* defines torture as “extended exposure to violence and deprivation”) and never escape because they are not reported to child protection.

Even when abuse is reported, only a percentage are investigated. Resources are limited and often children are reported dozens, even hundreds of times before anything happens to help them.

INVISIBLE CHILDREN have no voice in the homes they are raised, the media or if they are lucky enough to be taken from the home by child protection, no voice in the courts and foster homes that rule their lives.

If you knew that these children, are impacting education, public health and public safety in every city, making schools fail, communities unsafe, taxes and insurance much higher.

Teacher, social worker and law enforcement personnel are leaving their professions sooner than ever before because the work has become dangerous and almost impossible in many cities.

Teachers now are managing Prozac kids that have a growing propensity for violence, which is impacting the quality of learning in the class room for all children as well as the safety of the problem child, other students and teachers.

All of this is impacting school performance, public safety and teacher, social worker and law enforcement turnover

When Dallas Police Chief David Brown retired after five of his officers were shot dead one night he drew attention to how law enforcement was now handling most of our nations mental health problems.