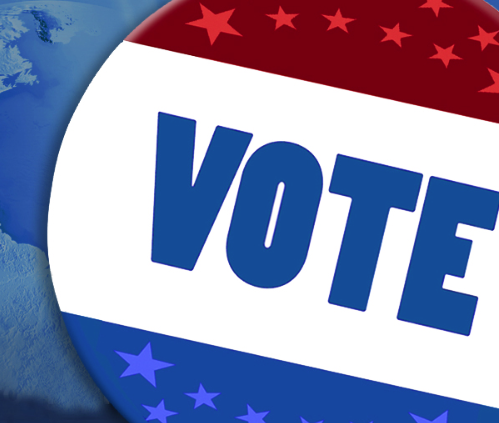 November is, as 2016 was in the recent past, one of the most consequential elections of this century. It well may serve to chart our country’s course toward freedom’s promise, or it could signal the final steps toward going over the cliff into the black hole of Socialism and tyranny.

Chelsea Handler and Kirsten Gillibrand gave us a glimpse of what the bottom of that cliff looks like and it will not be a gentle impact. They were speaking before the festival OZY Fest in New York recently and Gillibrand was bold and forthcoming about what her vision is for the future as well as that of the Democrat Party if the party is successful in flipping Congress in the fall.

“So, when we flip the House and flip the Senate, I think the first thing we should do is deal with the children who have been separated from their families at the border. I think we should get rid of ICE. We should separate out two missions, the anti-terrorism mission, the national security mission, and then on the other side make sure you do, making sure you’re looking at immigration as a humanitarian issue.”

There you have it, folks. If you think what is happening today along our southern border, imagine what it would be like if nobody was minding the store – nobody was at least attempting to hold the line against the invaders from the south. One thing is more certain than all the rest. The election of 2018 would be the last election that the Republican Party had any chance of winning a seat in the federal government or many of the state governments across our country. The influx of invaders from afar would be welcomed with open arms and the theory proffered by Cloward-Pivens – that to destroy the system you must overpower and overburden the system to the point that it collapses – will be proven accurate once and for all.

Concurrent with Gillibrand’s vision for our immigration system, she had another predictable view of the first month of Socialist Party rule in America with this notable quote:

“I think we should pass the gun reform issues within the first month — all of them. Universal background checks, anti-trafficking, making sure people can’t buy bump stocks, large magazine clips, all that work.”

As the smoldering wreck of our country likely boils with a major revolt over the aforementioned actions by our friends (and I use the term loosely) in the Socialist Party (why play around when we all know that’s what the Democrats have become), I can envision the smoke rising above many cities in our once-great country as those of us who cherish the individual freedom enshrined in our Bill of Rights rise up and respond as Patrick Henry once did by declaring, “Give me liberty, or give me death.”

Wow, thankfully, that little trip into the world of nightmares is only just that…a nightmare. At this point, it is only that. But how close will we allow it to get to reality?

Yes, I understand that there is one – no, two – thing that are likely to stop some or all her stated plans: 1) President Trump’s veto pen; and 2) A Supreme Court that will, I hope, be equipped to deal with such matters quickly and properly as they rule on the legality of such actions in the absence of laws already on the books that prevent such nonsense. But just think, for a minute. What would happen if that proverbial “Blue Wave” that the mainstream media is always touting as just over the horizon in November were to actually materialized and gave the Democrats the ability to override that Presidential veto? Keep in mind that there are those within the Republican Party who are not what one would call “strong” on the 2nd Amendment or supportive of a strong southern border, for that matter. It is not beyond the realm of possibility. Can we really afford to take the chance?

There is only one remedy for this theoretical scenario. The half or more of America that still values the principles upon which this country was founded and those who support and defend the Constitution and believe that individual freedom is far more valuable than anything else in America must get off their butts – and on their feet – and head for their polling place next November. It is no longer possible to say, “Next time.” Next time is here. There is no time left to remain ambivalent to the destruction that awaits if we allow socialism to take hold of the reins of power again. Only evil can result. We have the candidates who will prevent this carnage. But they do us no good if they are not elected to do their jobs.

Wake up and send a message with your votes and your voices. At this point, the stakes are too high for compromise. The enemy is at the door…their mission is clear. What will you do?